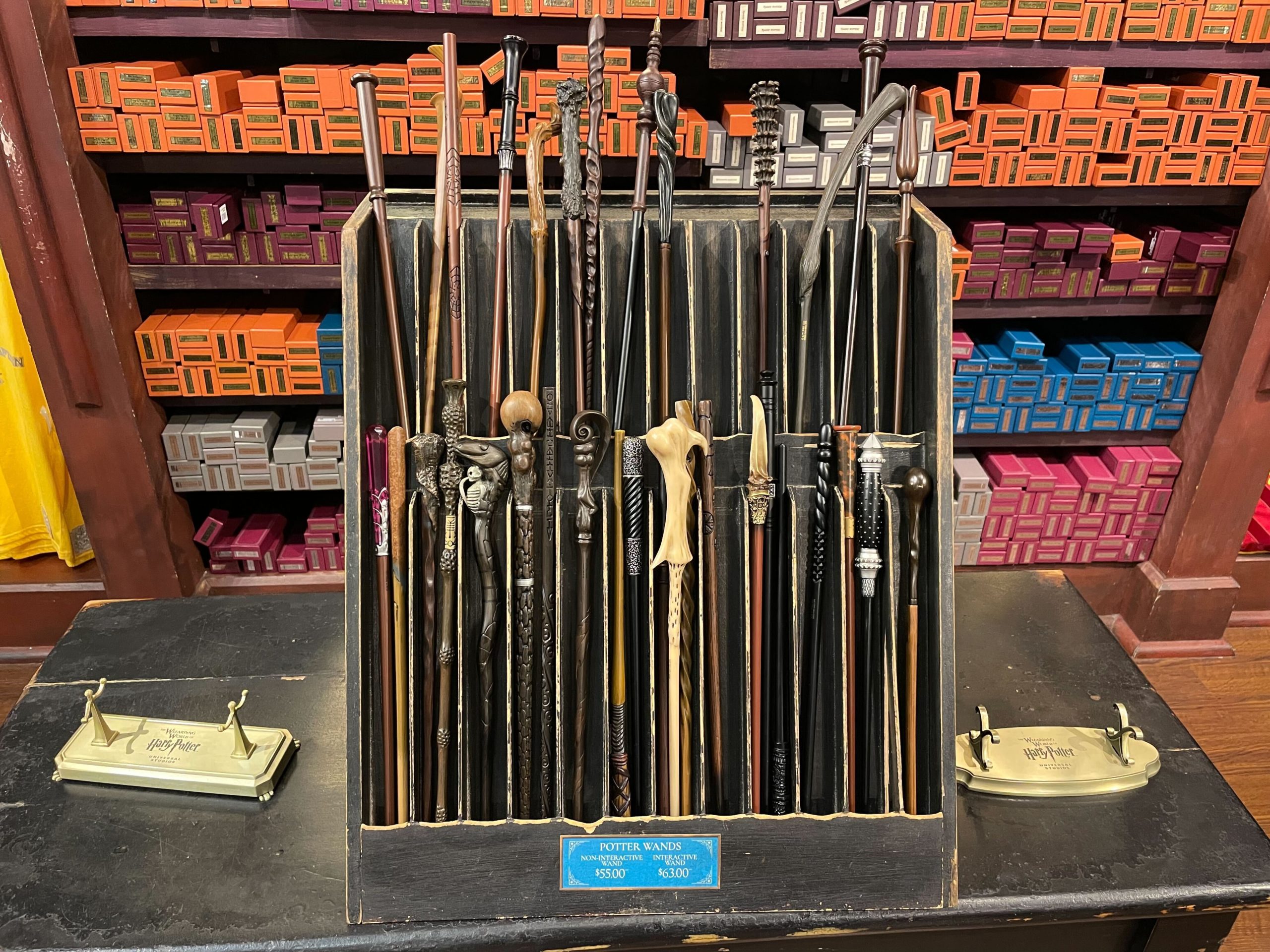 For the first time in over a year, prices have been raised on interactive wands from The Wizarding World of Harry Potter at Universal Orlando Resort.

Guests who choose an interactive wand are able to cast spells which trigger special effects around both Hogsmeade in Universal’s Islands of Adventure and Diagon Alley at Universal Studios Florida.

The 2022 Interactive Collector’s Edition Wand has kept its $75.00 price, so it seems that the increase has only affected standard interactive wands.

This is just the latest price increase to hit a popular item at the resort. Back in August, The Big Pink Donut, a favorite souvenir favorite Springfield, U.S.A., had its price raised to $9.99.

Will the price increase change your decision as to what kind of wand you get? Share your thoughts in the comments!