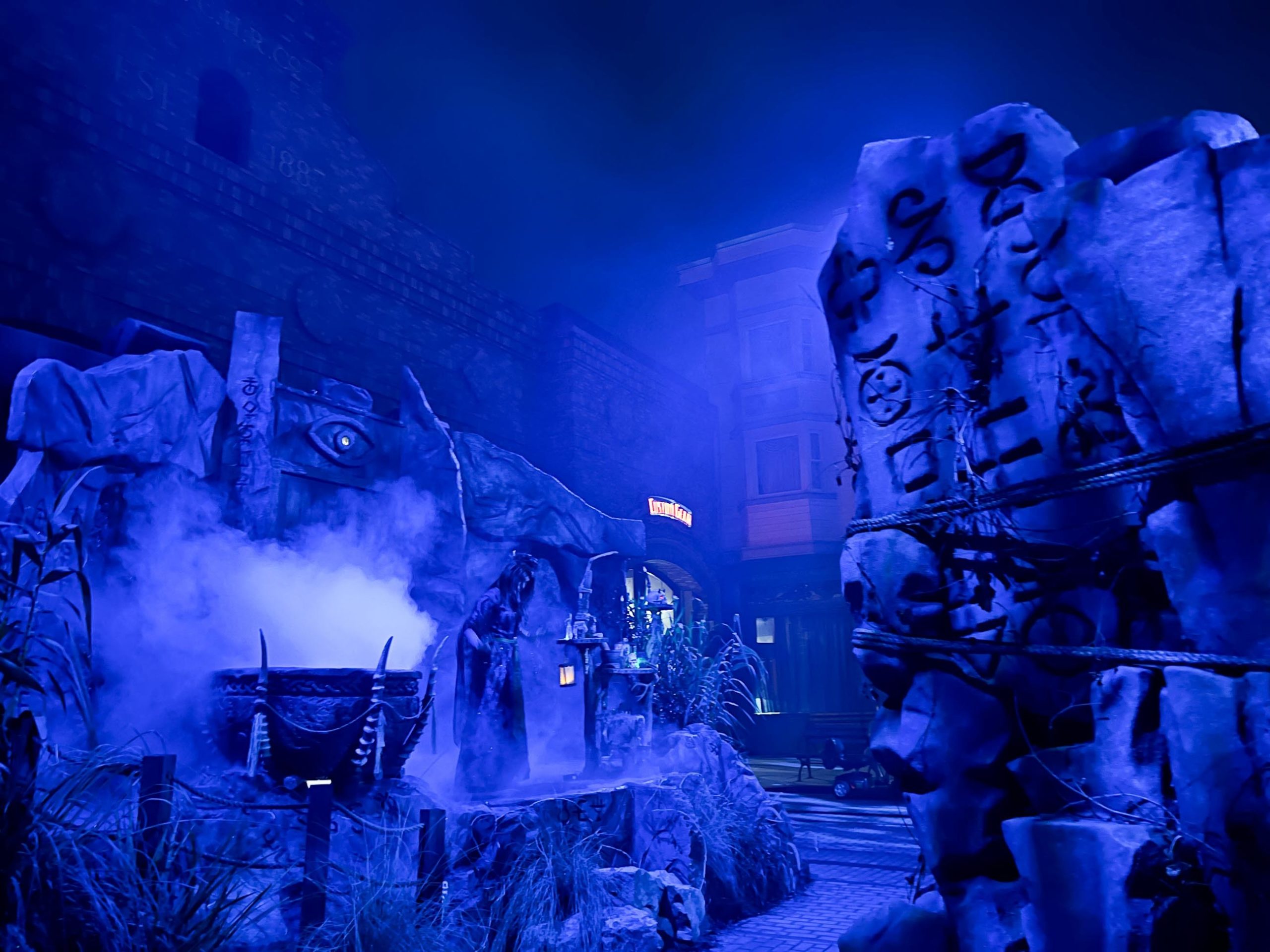 Witness the birth of Halloween in Conjure the Dark, a scare zone at Halloween Horror Nights 31.

The official description reads, “On the first All Hallow’s Eve, an evil sorceress called forth monstrosities from dark dimensions. Now your blood will fuel them.”

The HHN team wanted to create a Halloween origin story for the event, and Conjure the Dark became that story. The Sorceress, who can be seen performing in the zone, opens the barrier between planes and calls forth beings, including trolls and more.

The Sorceress is on a large stage with a cauldron and potion ingredients.

The stage and sacrificial altars around the zone are adorned with carved symbols commonly associated with witchcraft and the ancient predecessor of modern chemistry, alchemy. Some of the symbols represent copper/Venus, ash, glass, and ammonium salt.

Victims of the monsters are tied to stone obelisks.

The sacrifices have been carved with symbols as part of the ritual to summon the beasts.

The monsters with their weapons wander the scare zone.

One of the sacrifices is free and seeking help from the guests as they pass through.

These are some of the most obvious boo holes but the Scareactors were getting some excellent scares. This zone always gets a little bottlenecked, and it seems to work in their favor as the guests aren’t paying much attention.

Overall, this zone was our least favorite this year. The Scareactors were great and doing the best with what they could, but the show was lackluster (probably due to operational constraints given the crowded location).

Still, we prefer this sort of stunted zone to a dead zone (ha ha, get it?). The vibes and scares really liven up the area, and with no zones allowed in London, it would be a boring walk without something in San Francisco.

Watch our video of the short stage show and a walkthrough of the zone below.

Conjure the Dark is in San Francisco.