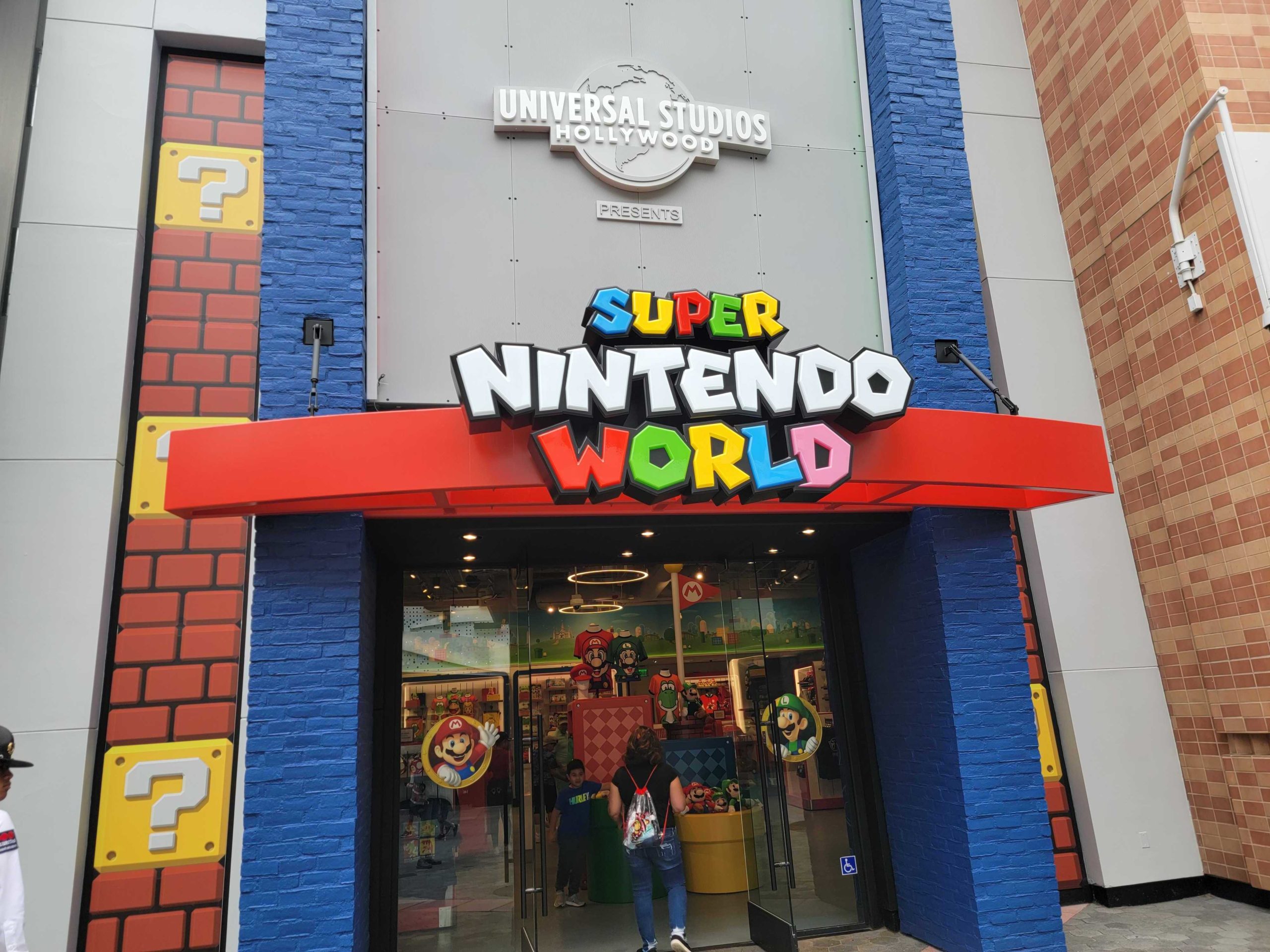 A Super Nintendo World store has opened in Universal CityWalk Hollywood, meaning guests no longer have to go into the park to find Universal-exclusive Nintendo merchandise.

A Super Nintendo World marquee is at the store’s entrance.

Inside are large blocks and a Mario flag.

The entrance wall is patterned with imagery from the Nintendo universe.

There are tubes full of plush and merchandise displays lined with blue and red.

The displays are lit from within.

Behind the register is a solid blue wall with the Universal Studios Hollywood globe logo.

Above the wall displays is a 360-degree landscape of blocks, tubes, trees, coins, and more.

Mario is pictured on one wall below the Super Nintendo World logo and a question mark block.

The star itself is illuminated and it projects stars on the walls around it.

This light is shaped like Mario, jumping from a Super Mario base.

The light comes from within the mouth of this piranha plant. The piranha stem can be manipulated.

This lamp has a cube-shaped shade resembling a question mark block.

The base is brown and green.

The light pull is Mario.

Mario is included with this remote control car.