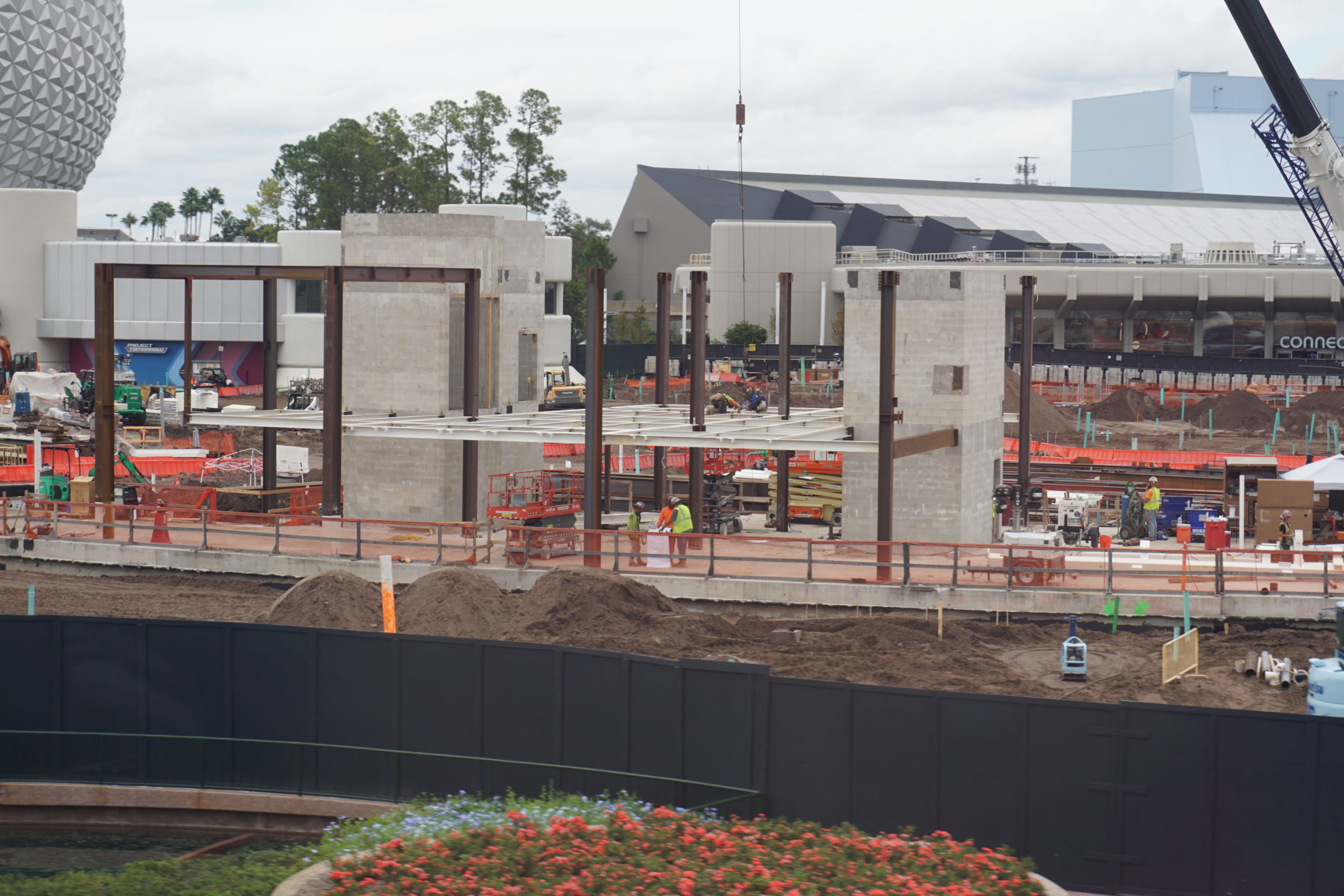 A year ahead of its planned opening, CommuniCore Hall in the center of EPCOT is taking shape.

Named after the defunct Future World pavilion, CommuniCore Hall and CommuniCore Plaza replace the original festival center planned for World Celebration. They will serve as a multi-functional space that will be used during the park’s various festivals and be home to a Mickey & Friends meet and greet, a demo kitchen, a mixology bar, a gallery space, and more.

We previously noted two cinderblock structures across from each other at the construction site.

A crane is poised next to the hall, ready to lower materials into the site.

Crew members were working both above and below.

Below is concept art for World Celebration, including the completed CommuniCore Hall to the right.

Journey of Water, part of World Nature, is in the bottom right corner. Dreamer’s Point with a new Walt Disney statue will be behind Spaceship Earth.