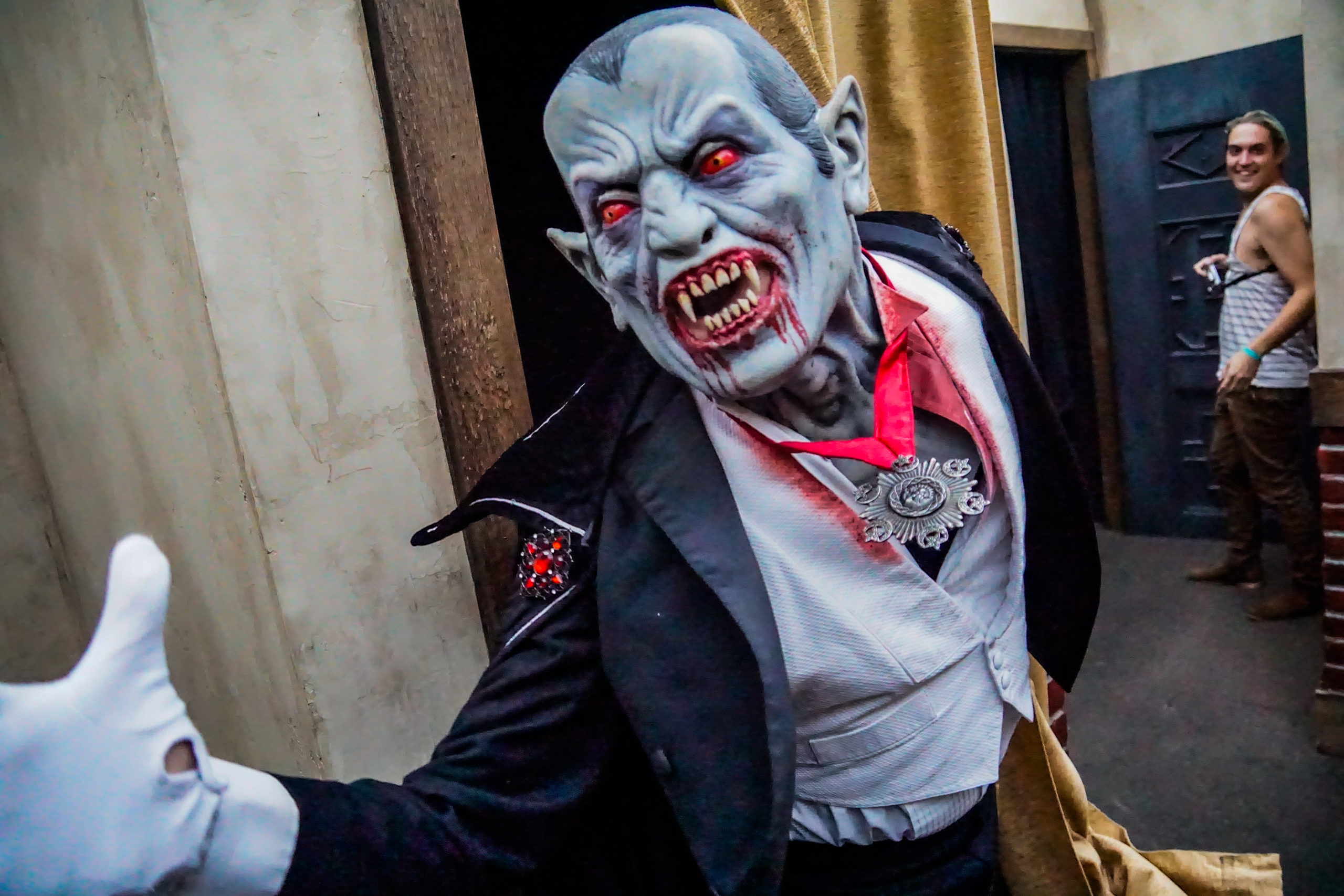 Here’s the official description: “If you thought one Universal Monster was scary, how about three? Summon your scream squad, ‘cause you’re about to get caught between The Wolf Man, Dracula and The Mummy, together for the first time.”

The house includes genuine props from “The Mummy Returns” and “The Scorpion King.”

A continuation of Universal’s revival of the classic Universal Monsters properties for haunts, this one keeps the franchise going strong with another fantastic house featuring music by Slash.

Following up 2021’s Bride of Frankenstein Lives, this year’s Universal Monsters house sees Dracula and the Wolfman and The Mummy collide as they scramble for an amulet that could break their curses.

While the narrative is a little bit harder to follow than last year’s iteration, it still presents enough of a storyline to realize this creative take on the classic monsters.

The set design here is beautiful and the prop work is stellar as well. But the real wow factor for this house comes from the scare design. Placing Monsters just where you least expect them leads to fantastic and surprising scares, even for seasoned haunt-goers who think they know where to look.

This is one of those houses that you will walk away telling your friends about if they were too afraid to venture through with you.