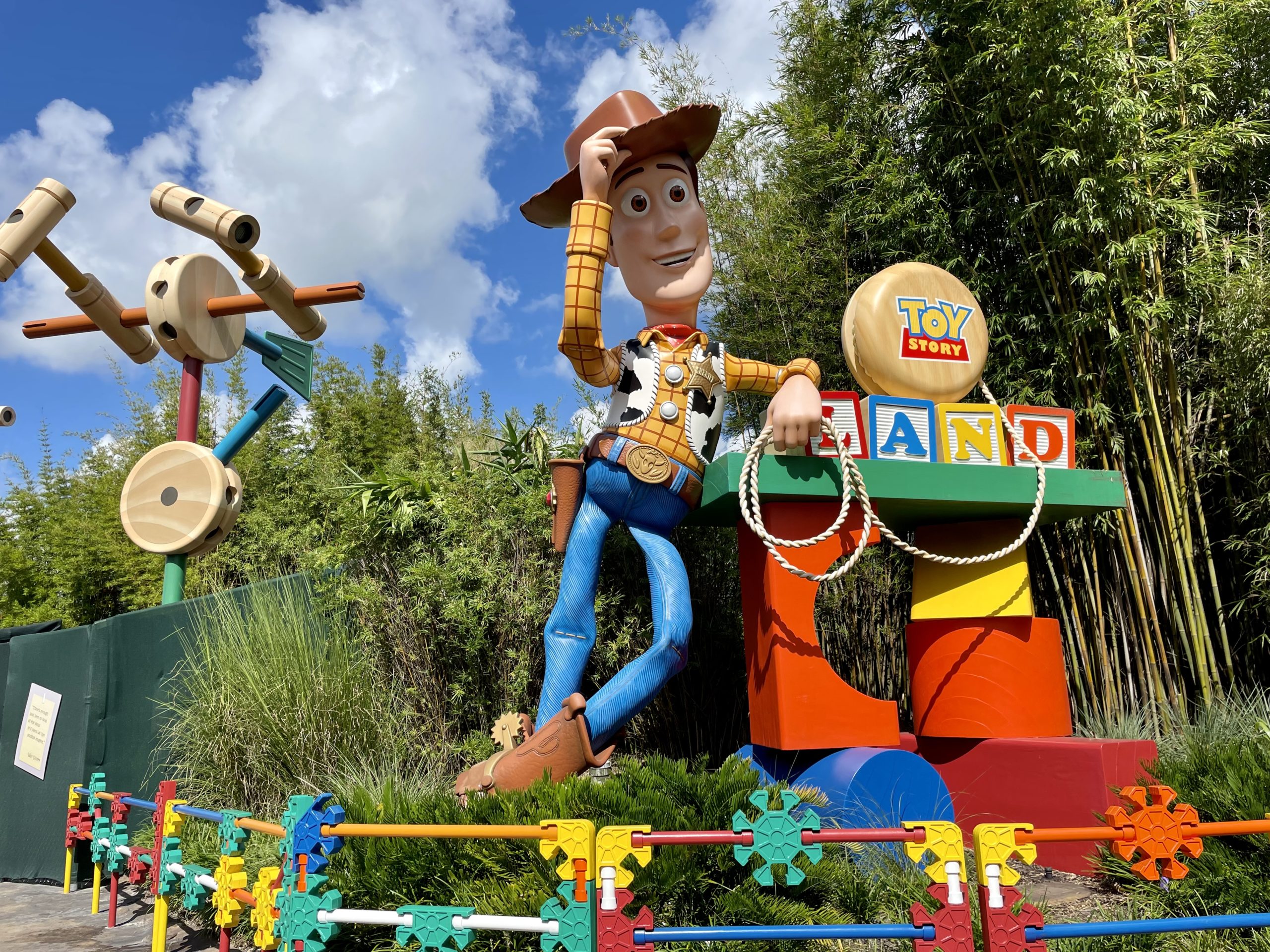 Hello, Hollywood! We’re out exploring the streets of Disney’s Hollywood Studios before Hurricane Ian makes an appearance. Join us as we find new merchandise, check on attraction wait times, and more.

Everybody wave good morning to our favorite Disney Ducks, Donald and Daisy!

The store facade of Keystone Clothiers has collapsed this morning. As we were walking down Hollywood Boulevard, we noticed cast members standing in front of a roped off section of the street.

It is unconfirmed what made the facade collapse, but a Cast Member we spoke with are speculating the building was hit by an ECV.

Tower of Terror is only a 45 minute wait, if you’re looking to drop in.

Inside Tower Hotel Gifts, we found the next 50th Anniversary must have merchandise item. It’s a Funko POP! Hollywood Tower Hotel and Mickey Mouse.

A new fuzzy pink Spirit Jersey has arrived, and we are hoping for winter so we can wear it. Buyer beware, this Spirit Jersey is $99.99, not the normal, $74.99.

Legends of Hollywood has a new Coach mug. You can sip your morning coffee in style!

We checked back in on the facade cleanup and noticed they had ripped the entire entryway and other light off.

Keystone Clothiers had reopened to guests, once the crew blocked off the exit by the facade cleanup. We found our favorite variant, Alligator Loki, in plush form.

Roundup Rodeo Barbeque is starting to make more and more progress. Scaffolding has been erected around the building’s front.

We’re off to a galaxy far, far away. Thanks for joining us today, and we’ll see ya real soon!