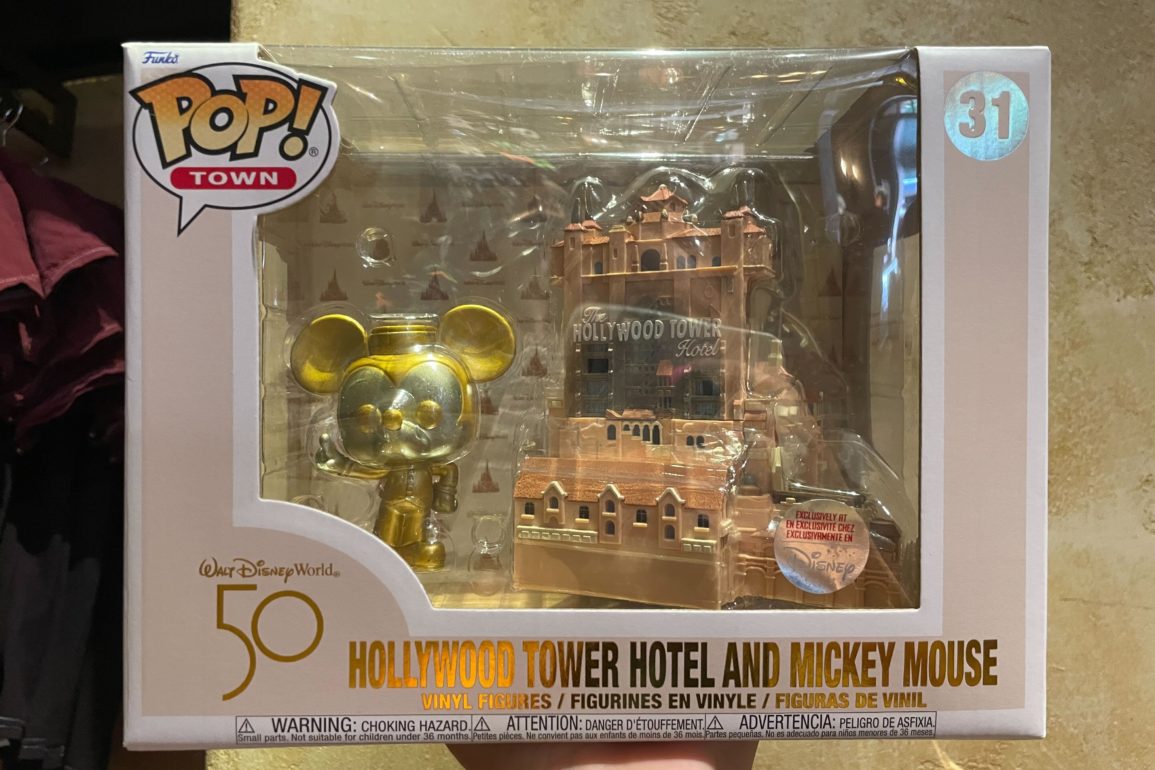 Another new collectible Funko POP! Town set is available at Walt Disney World in honor of the resort’s 50th anniversary. These sets include a golden Mickey figure and a park icon. This newest set includes The Hollywood Tower Hotel and Mickey in a bellhop uniform. We found it in Tower Hotel Gifts at Disney’s Hollywood Studios.

As we’ve noted recently, Disney seems to be avoiding using the “Twilight Zone” name on Tower of Terror merch to avoid licensing fees from CBS, instead defaulting to “The Hollywood Tower Hotel.”

The Mickey figure is completely golden, right down to his bellhop hat.

This is number 31 in the Funko POP! Town series.

Will you be setting up these figures in your home? Let us know in the comments.