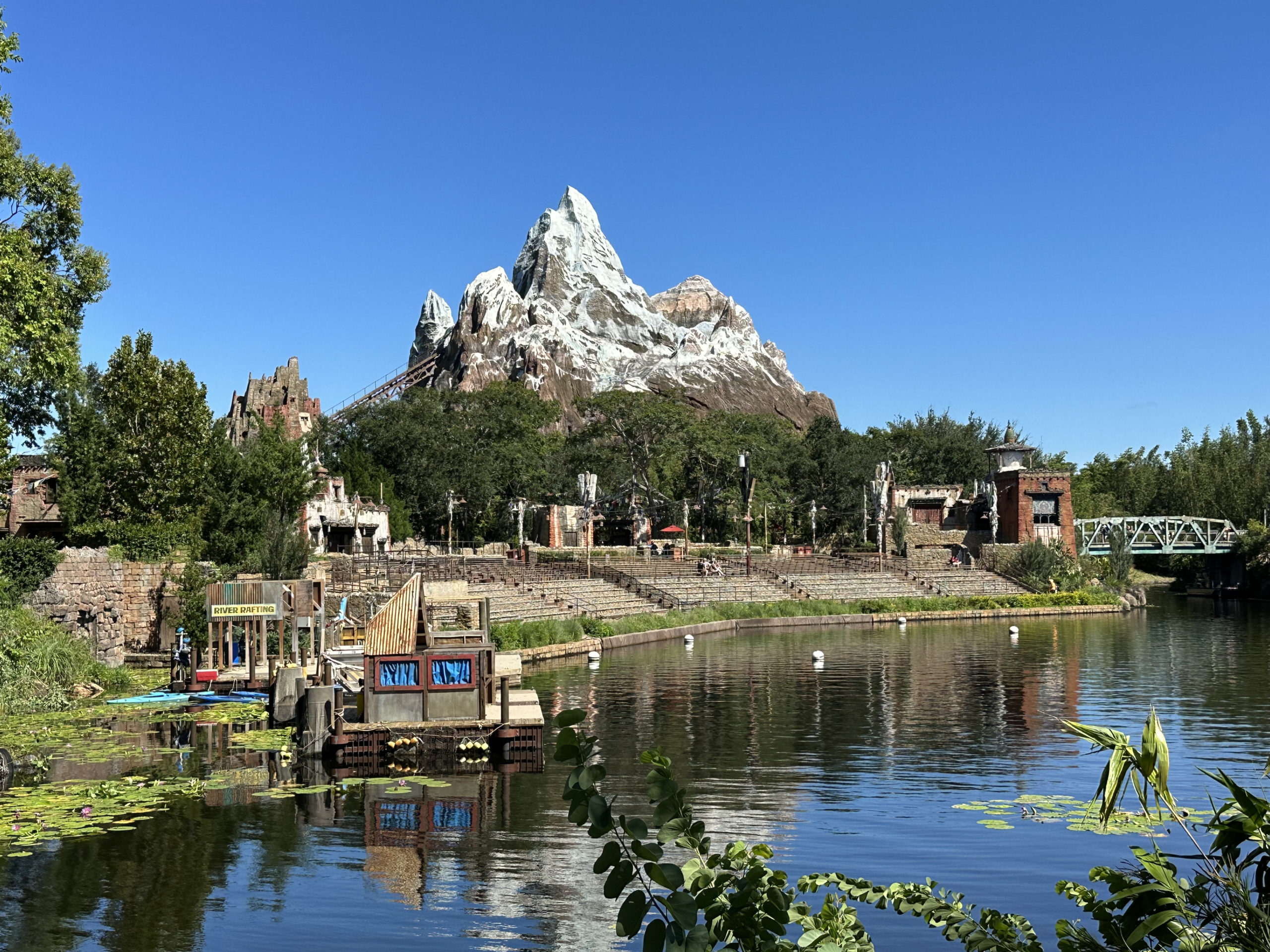 Good morning from Magic Kingdom! We are back after the parks have been closed for two days due to Hurricane Ian. We will be on the lookout for any damage we can find from the hurricane. As always, we will report on all the new things we find today. Let’s get started.

Magic Kingdom reopened today to all guests at 10 a.m. Resort guests had early entry from 8 a.m. – 10 a.m. Guests could only enter the park with a park reservation, and no more park reservations were available unless you were a resort guest.

When we arrived at the Transportation and Ticket Center, we noticed that the flags had been ripped from the Hurricane.

Once we arrived at Magic Kingdom, we noticed the 50th birthday cake is still missing in between the Mickey and Minnie topiaries.

There were long lines at guest relations this morning as we entered the park. There was also a sign letting guests know there were tickets available for tonight’s Mickey’s Not-So-Scary Halloween Party.

On Main Street, U.S.A., all Halloween decorations were up and intact. There was no visible damage from the hurricane.

Cast Members were welcoming guests back into Magic Kingdom.

Plants have been removed from the hub and replaced with straw.

There was also a TRON 40th anniversary light-up Loungefly mini backpack available in Star Traders. The backpack’s zipper pocket lights up and features a battery box to turn it on and off.

In Star Traders, we also found The Skeleton Dance carafe. The carafe features dancing skeletons on the bottom and a skeleton topper.

Daisy and Goofy “Floating Down Main Street, U.S.A.” pins were available. Both pins are limited edition of 4,000.

In Main Street Bakery, the green Mickey Mouse Starbucks tumbler is in stock.

One side of the charm features a Mickey Mouse ear hat.

The other side of the charm features a castle.

On our way out of Magic Kingdom, we spotted The Dapper Dans singing, “There’s a Great Big Beautiful Tomorrow.”

We decided to park hop over to Disney’s Animal Kingdom to see if we could find any damage from the hurricane.

We spotted some animals out at Disney’s Animal Kingdom. The flamingos were out enjoying the beautiful weather.

In Windtraders, a Na’vi headdress and tail costume set for adults is available.

Many attractions were temporarily closed today. The Kilimanjaro Safaris was closed all day. The cast members were hoping the attraction would be up and running as soon as possible.

We noticed that the flotillas were not out today at Disney’s Animal Kingdom. As we walked around the park, we saw trees and down branches blocking the waterways, which would prevent the flotillas from getting through.