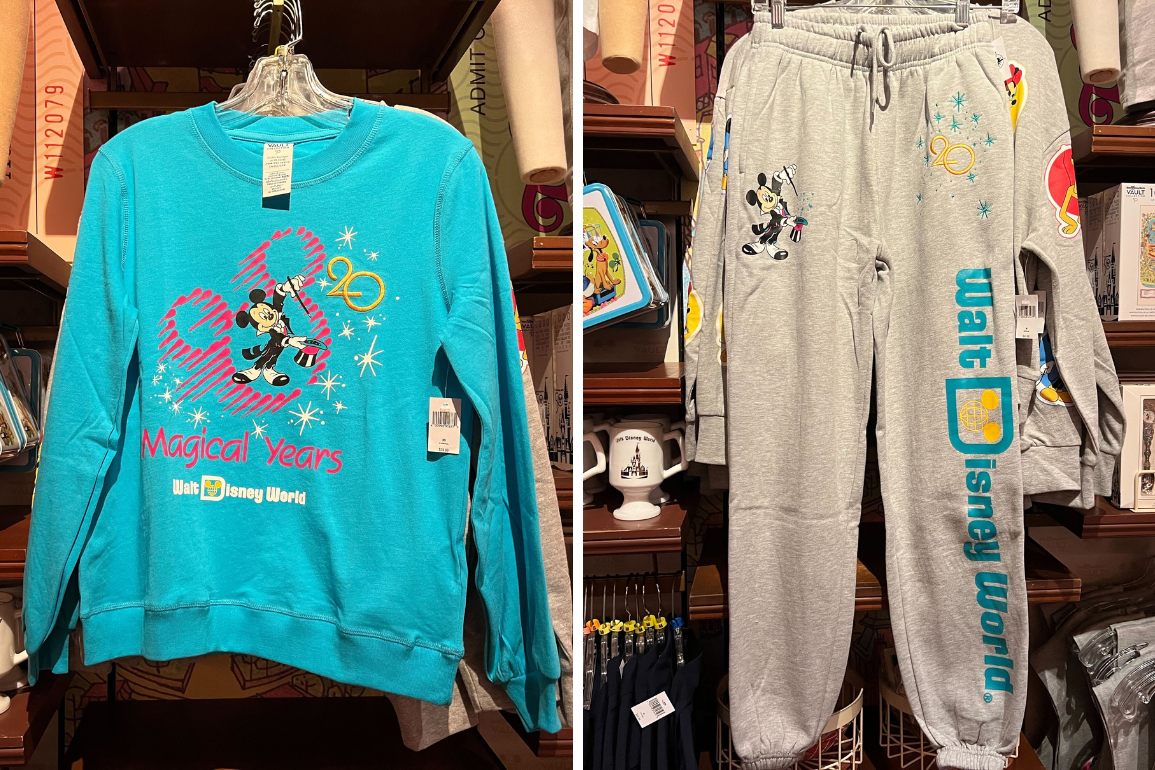 It’s been over a year since the Vault Collection debuted, and it still delivers plenty of nostalgia for Walt Disney World’s history. Two new pieces of apparel inspired by the 20th anniversary celebrations continue the fun!

This light blue pullover features the “20 Magical Years” logo. The resort celebrated the milestone back in 1991.

Mickey Mouse wears a tuxedo as he waves a wand over a top hat with a stylized outline of his head behind him. A gold 20 is embroidered the right of Mickey.

You can match that pullover with a pair of gray sweatpants that also feature artwork from the 20th anniversary.

One leg features Mickey working his magic, while the other has the embroidered 20 surrounded by a field of light blue stars. The pants are secured with a drawstring.

Beneath the 20 is the classic Walt Disney World logo in light blue, with the Mickey globe in gold.

Each leg has a pocket for storage.

We found both of these items at Main Street Cinema in the Magic Kingdom.

For more from the Vault Collection, check out this pair of Orange Bird Crocs recently released at the resort!