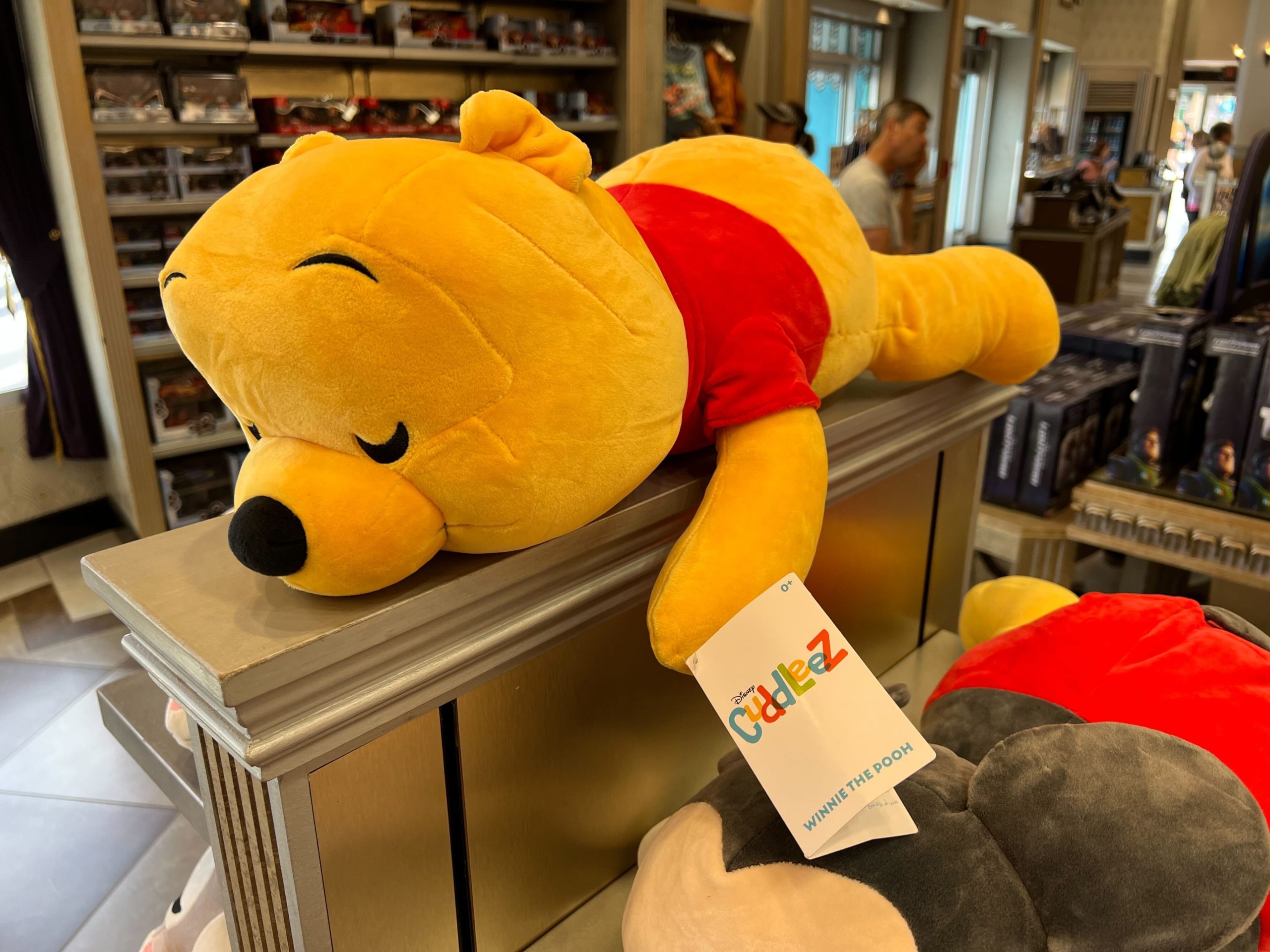 Spending days in the pursuit of honey can be tiring, so it looks like Winnie-the-Pooh is tuckered out with his new Cuddleez plush available at Walt Disney World.

Pooh’s already napping with this plush.

His eyes are closed as he stretches out for an optimal sleep position.

(Let’s be honest: after a full day at Walt Disney World, many of us look the same way when it’s over.)

He wears his trademark red shirt, while true to being a teddy bear, there’s a small black “seam” running down his back.

We found this at Reel Vogue in Disney’s Hollywood Studios. And if you want more friends to doze off with, check out this Figment Cuddleez plush that also recently released!

New 'Doctor Strange in the Multiverse of Madness' V-Neck Tee at Disneyland ResortMay 1, 2022
PHOTOS, VIDEO: For the First Time in Forever, Olaf Returns to Celebrity Spotlight at Disney's Hollyw...January 15, 2022
Disneyland Shop Briefly Closed Due to Rodent Infestation (Not Mickey and Minnie)August 9, 2022