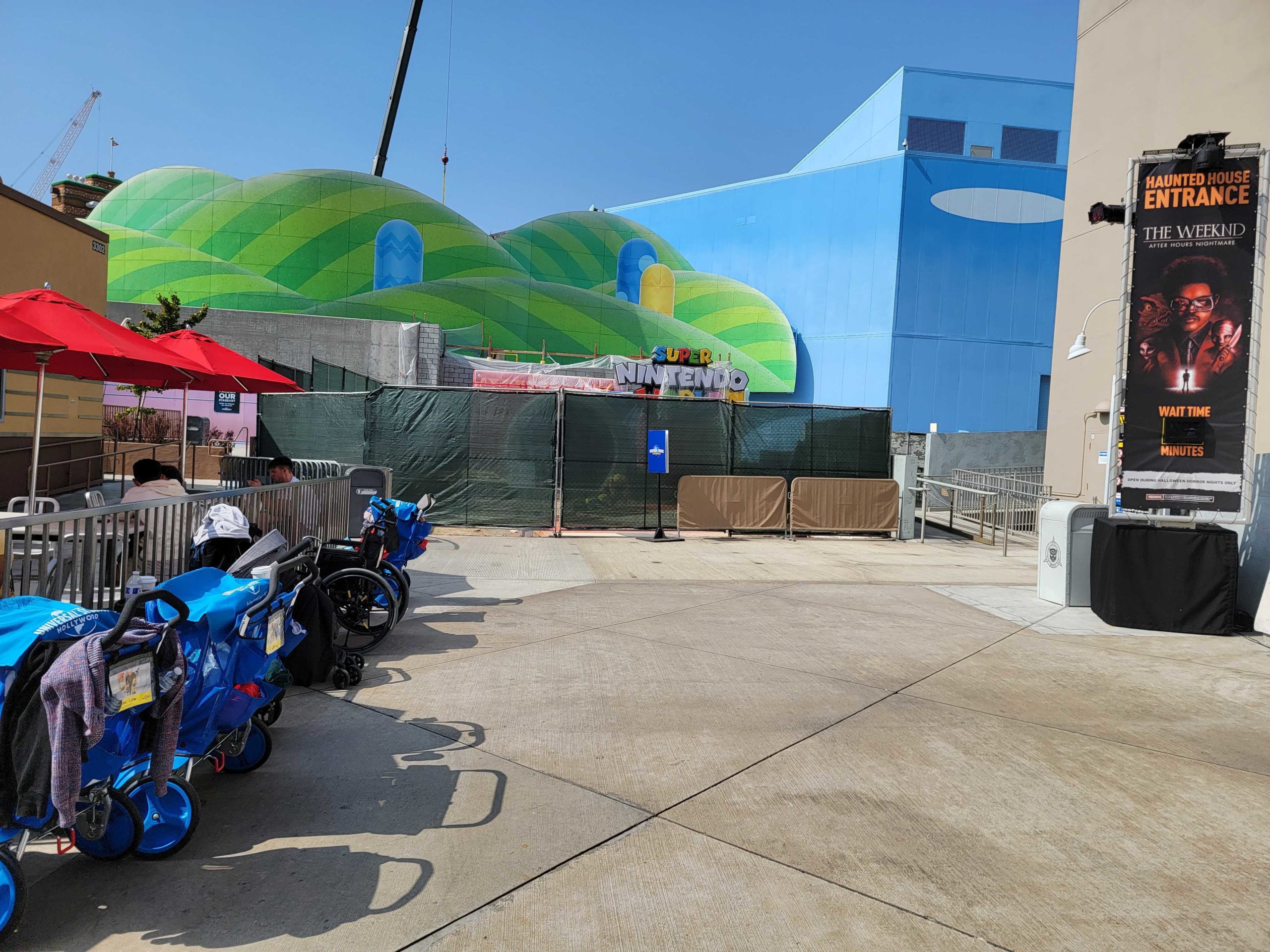 Just a few weeks after the Super Nintendo World marquee was installed above the land’s entrance in Universal Studios Hollywood, work is underway on the entrance path.

From above, we can see the entrance tunnel, which has yet to be painted so is just concrete grey for now.

Inside the land, some scaffolding remains, but the exteriors are mostly finished.

We saw a crew member in a cherry picker working on the wall beneath the pyramids.

Two cranes are parked in the land.

Crew members have been putting the final touches on Bowser’s castle.

The Yoshi figure at the base of Mt. Beanpole is now shaded by a tree.

On the ground, a fence of green scrim blocks the entrance to Super Nintendo World near Transformers: The Ride 3D.

Through the scrim, we could see two crew members working on the entrance area. Wood planks create an unfinished sidewalk structure on the ground. A stack of wood flats sits next to the tunnel. A temporary fence and ladder are also visible inside the tunnel.