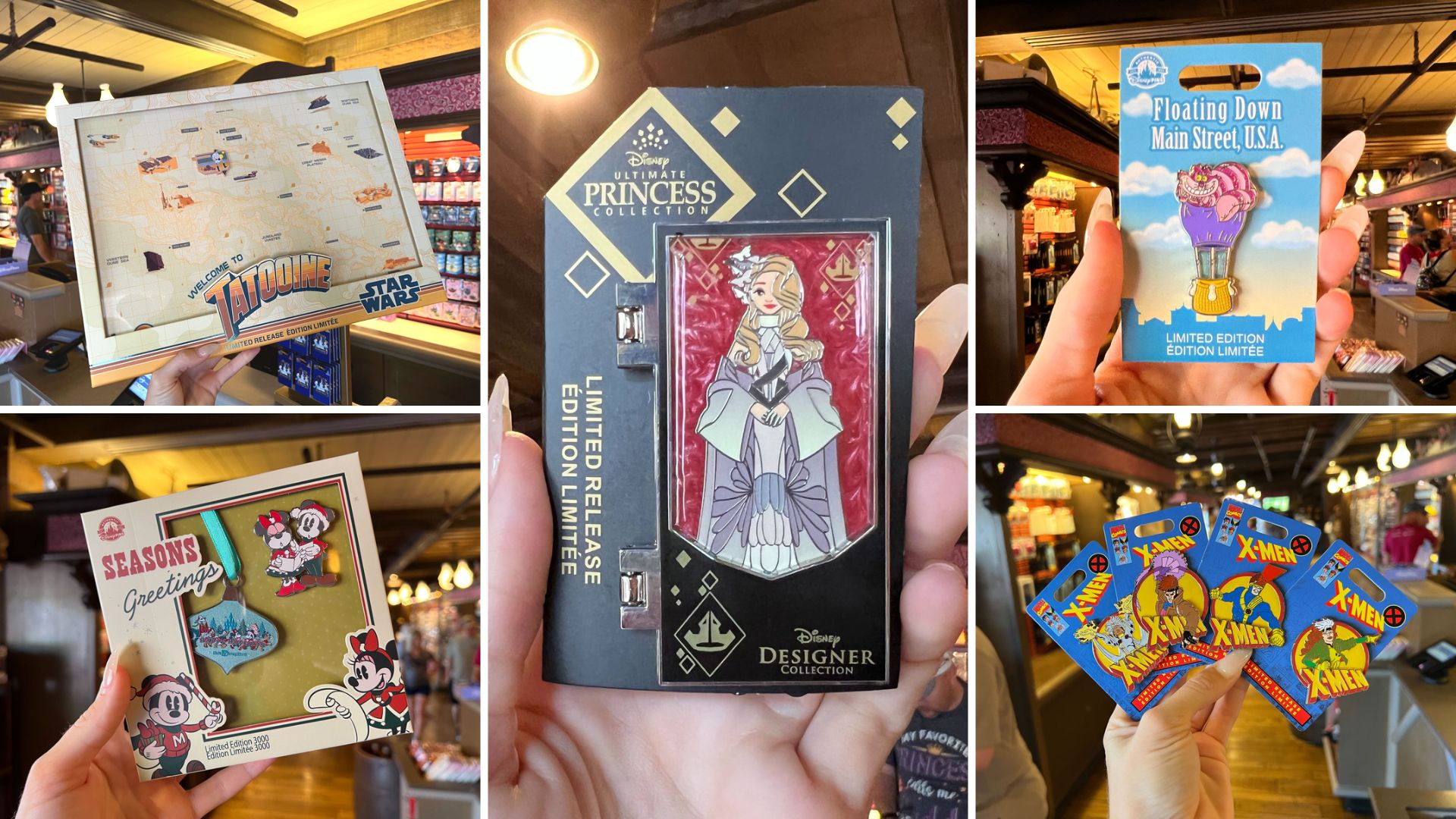 Walt Disney World has pins for everyone this month with a new “Star Wars” Tatooine mystery pin set and map, retro X-Men collection, Disney Designer doll pin, and more. We found all of these new pins in Frontier Trading post at Magic Kingdom.

This is part of the new “Welcome to Tatooine” merchandise collection. The canvas map highlights various famous locations on the “Star Wars” planet of Tatooine.

A print version of this map first arrived at Disneyland Resort earlier this month.

It comes with a pin of Luke Skywalker standing outside his aunt and uncle’s farmhouse, with the double sunset behind him.

The map comes framed in a cardboard box with a transparent window on the front.

The box opens from the back.

You can add more pins to your Tatooine map thanks to this mystery pin set sold separately.

Each pin features a different character from Tatooine.

There are pins of the Mandalorian, Jabba the Hutt, Obi-Wan Kenobi, Greedo, Fennec Shand, and more.

Halloween season may still be ongoing, but the winter holidays are fast approaching. This holiday pin set has a limited edition size of 3,000.

The two pins come in a display box. One pin is of Minnie and Mickey caroling. The other resembles an ornament, complete with a ribbon, featuring Mickey and friends holding a “Happy holidays” banner in front of a Disney castle.

This pin features a new version of the Princess Aurora Disney Designer Collection doll. The new doll and pin are inspired by Aurora’s Briar Rose outfit, rather than her pink and blue ballgown.

Like all the pins in this collection, the doll image is behind a transparent window resembling a doll display box.

The backing card unfolds with information about the designer, Richard Chan.

Float down Main Street with the Cheshire Cat thanks to this new pin, part of a monthly collection featuring Disney characters atop hot air balloons.

The Cheshire Cat is curled up on a purple balloon.

The latest Characters on Parade pin features Maleficent sculpted in gold on the front.

It opens to reveal her dragon form in the Festival of Fantasy Parade.

Finally, there is a new collection of retro limited release X-Men pins. We found four pins, but the backing cards feature five characters, so it’s possible Wolverine will join the collection later.

Each pin features a superhero with the yellow and red X-Men logo.

Which pins will you be collecting? Let us know in the comments.