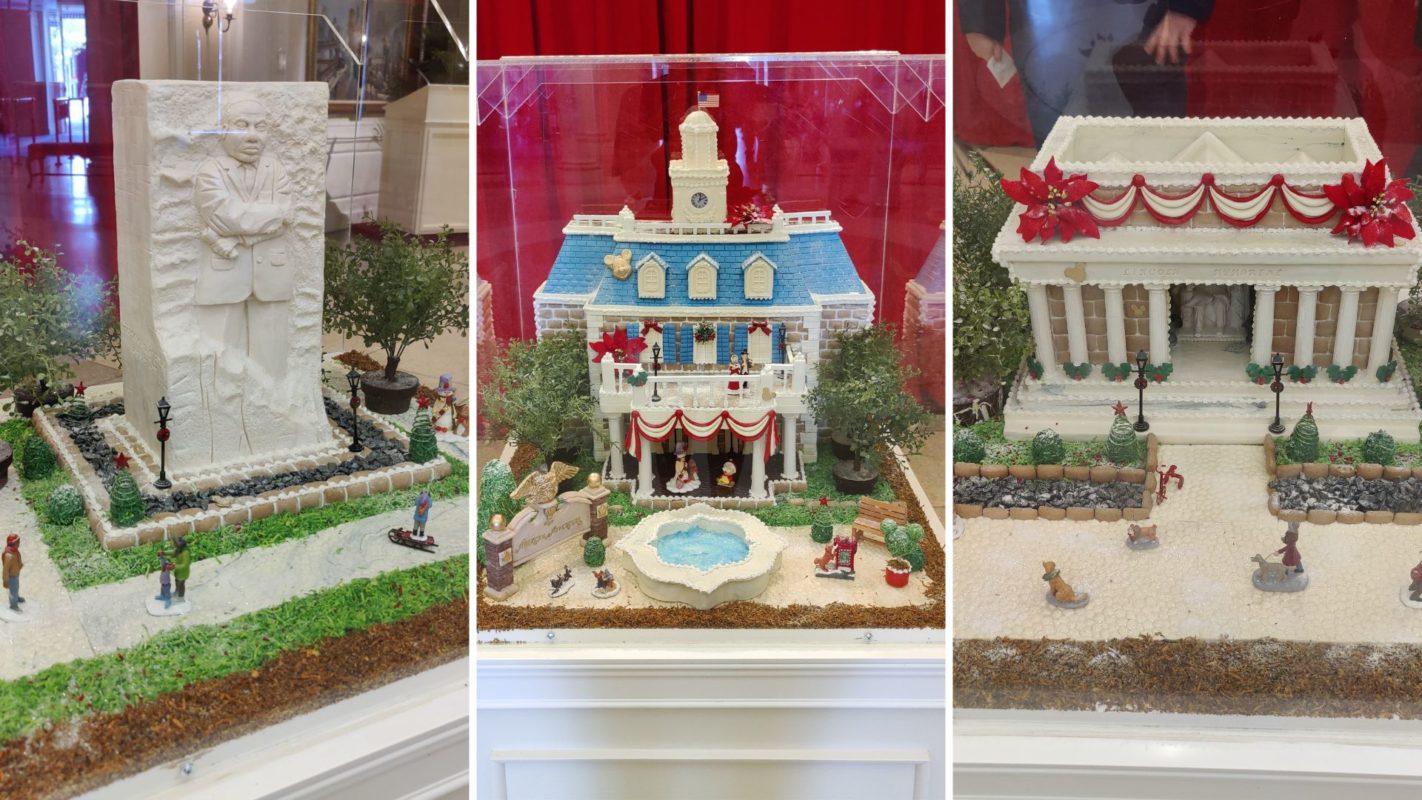 The American Adventure gingerbread display has opened as part of the 2022 EPCOT International Festival of the Holidays.

This year’s display uses the same basic structures as last year’s, with three houses inspired by the Lincoln Memorial, The American Adventure, and the Martin Luther King, Jr. Memorial in glass cases. However, last year’s display included 50th anniversary decorations, while this year’s does not. Each “house” also has three hidden Mickeys.

The Lincoln Memorial gingerbread house is decorated with chocolate holly and giant poinsettias.

A snowman is in the fake grass outside the memorial, and figures are playing on a stretch of white sidewalk in front of the building.

The figures include people and dogs.

Two shrubs are decorated with Christmas tree stars on springs.

Holly (with red Mickey head berries) is also on the back.

In the center is the gingerbread house inspired by the American Adventure itself.

It includes the pavilion’s fountain and sign in front of the building.

A dog figure is delivering letters to Santa at a mailbox. A snowman is at the pavilion’s entrance.

Victorian carolers are on the balcony above the entrance.

There’s a sprinkling of “snow” across the entire display.

A giant golden Mickey head is on the front of the building.

The display includes more figures in winter clothing on the ground around the memorial.

The “grass” is sprinkled with snow and red flowers. There are Christmas trees to the sides of the memorial and wreaths on two lampposts.