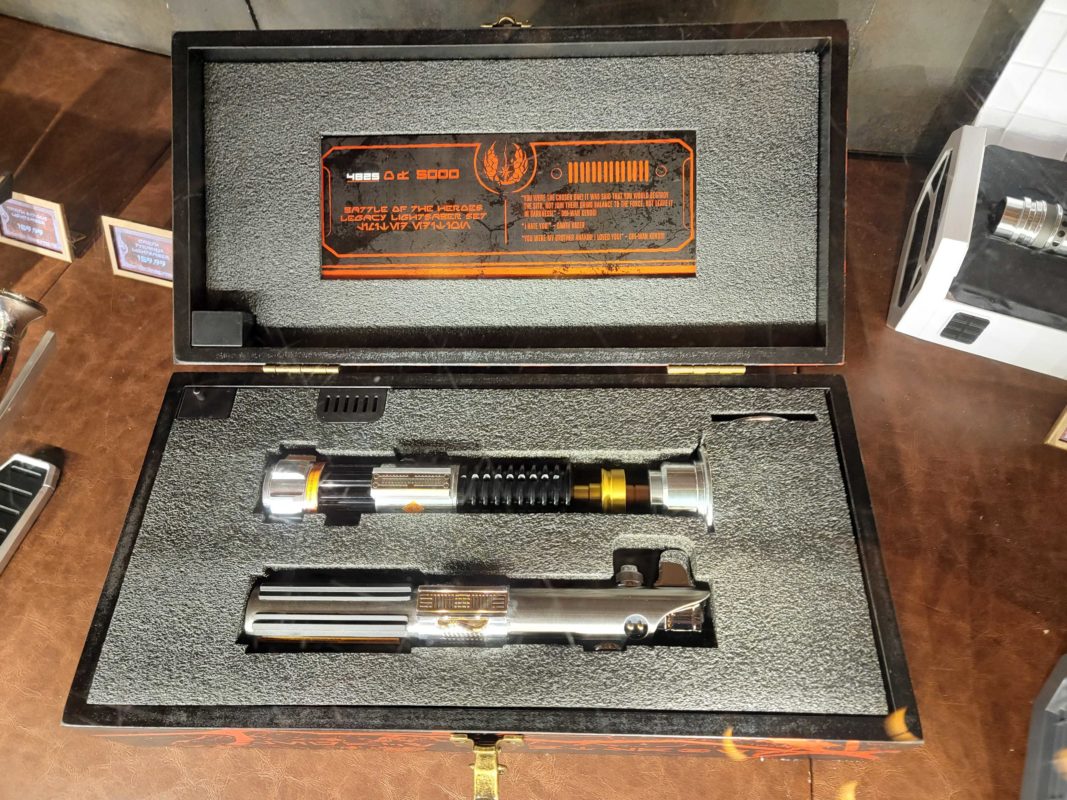 Inspired by the climactic duel in “Star Wars Episode III: Revenge of the Sith,” this limited edition set features the lightsaber hilts used by Obi-Wan Kenobi and Anakin Skywalker in a collectible case with a black-and-red design reminiscent of the molten fissures of Mustafar. This has an edition size of 5,000.

The lightsabers are held in the cushioned interior for safe keeping… well, safer than they were on Mustafar, anyway. The set comes with the case and both hilts but no blades are included. Blades can be purchased separately at Dok-Ondar’s Den of Antiquities, where the hilt set is available. The lightsabers themselves are made primarily of metal for a realistic look. They require 6 AAA batteries, included with the product, to produce special effects.

The edition number is printed inside the lid. “Battle of the Heroes Legacy Lightsaber Set” is in English above Aurebesh reading “Limited Edition.” Quotes by Anakin and Obi-Wan from the end of the battle are to the right.