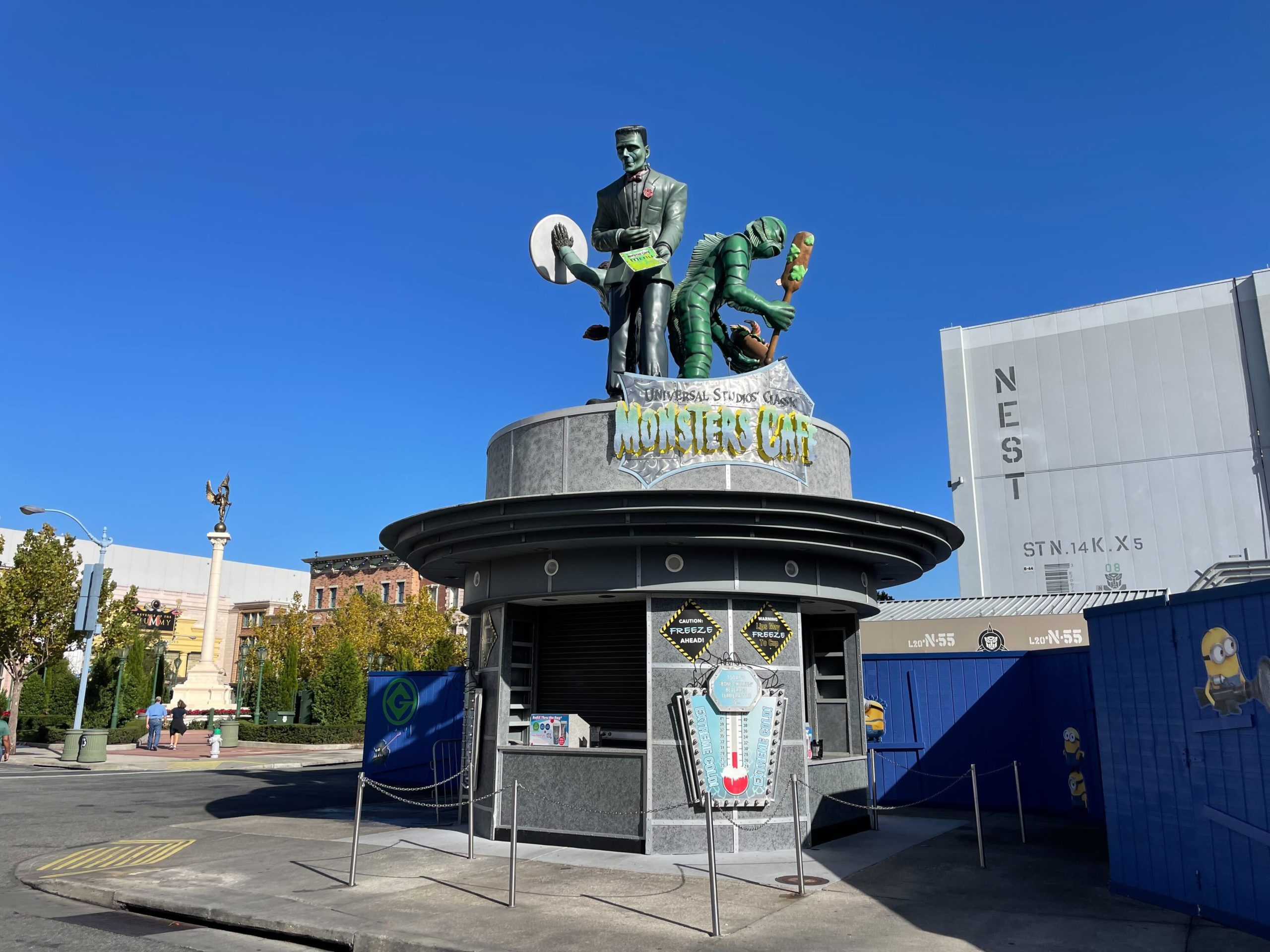 The restaurant closed in May, but Bone Chillin’ remained operational outside the construction walls. The drink stand featured Frankenstein, the Wolfman, and the Creature From the Black Lagoon spinning on top.

We noticed the monsters had stopped spinning when we arrived this morning.

The stand has been gutted.

Most of the outside remains intact at this time.

However, a look inside reveals that most of the equipment has been removed.

Universal Orlando Resort confirmed to UPNT that Bone Chillin’ is permanently closed and will be removed. It is unknown at this time if anything will replace it.

Bone Chillin’ served as a drink and snack stand. The former nearby cafe is rumored to become Minions-themed (possibly similar to the Minions Cafe at Universal Studios Hollywood) alongside the upcoming Minions Villain-Con attraction.

For those curious or mourning the closure, take a full photo and video tour of Universal Studios’ Classic Monsters Café here.

Universal Studios’ Classic Monsters Café and Bone Chillin’ were some of the only representations of the monsters in the parks for many years. Recently, the monsters have been popping up seasonally for a tribute store, the All Hallows Hula Boutique, and the Dead Coconut Club during Halloween Horror Nights. It’s heavily rumored that the upcoming Universal’s Epic Universe theme park will feature a monsters-themed land.

Guests can still see the monsters at the Horror Make-Up Show.

Universal Studios is oft considered the progenitor of modern-day horror films due to their legacy with monster films. Dracula, which premiered in 1931, was the first full-length horror movie (and reportedly caused audience members to faint).