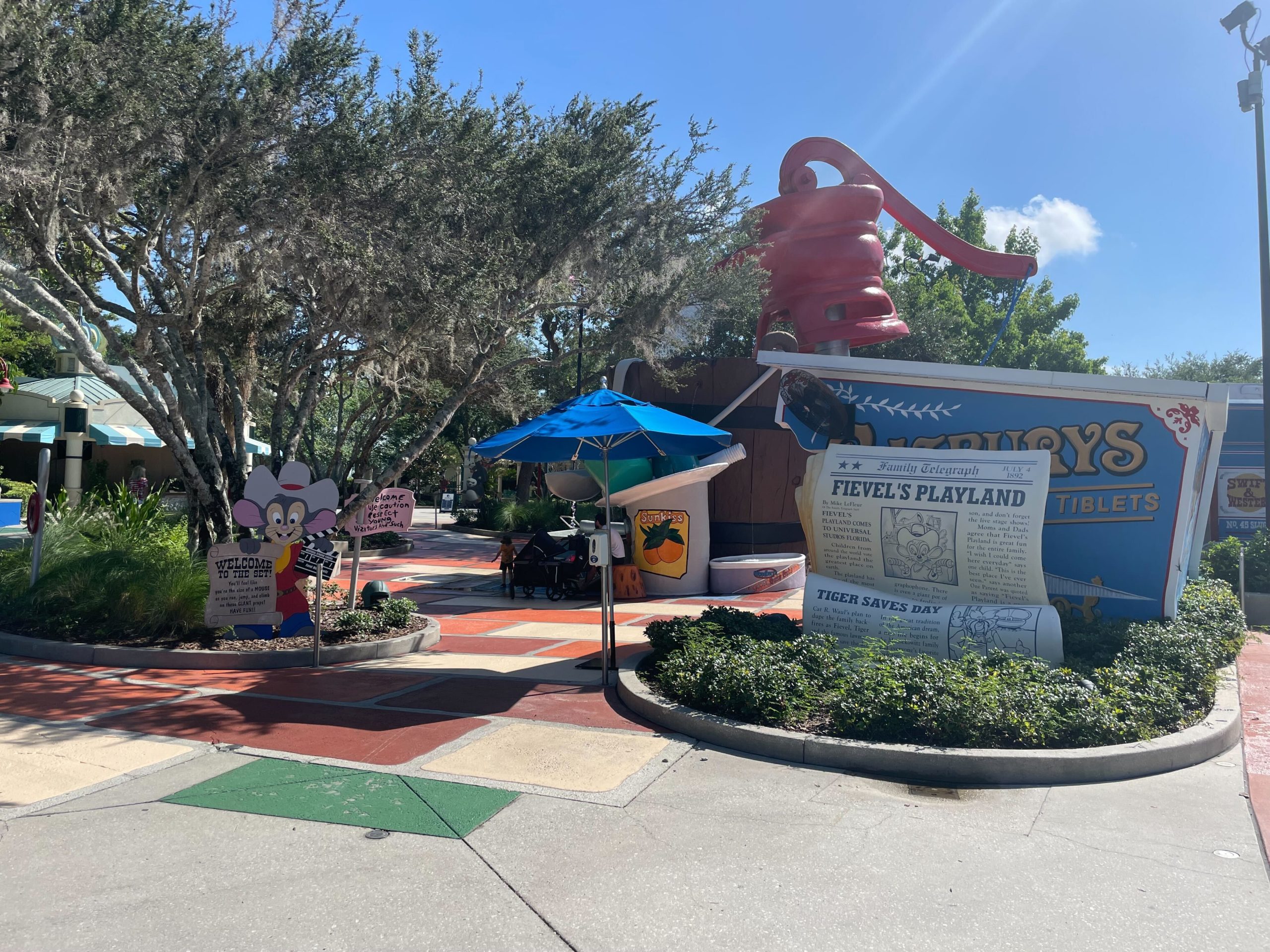 Universal Orlando Resort has announced more than half of the Woody Woodpecker’s KidZone area at Universal Studios Florida will close in January.

Fievel’s Playland opened in 1992 and is themed after the classic animated film “An American Tail.” Its most striking addition is a 200 foot-long water slide. There’s massive props all over, as well as a 30 foot-tall spider web crawl and rope bridges.

Woody Woodpecker’s Nuthouse Coaster is a small kiddie coaster which opened in 1999, and was the first roller coaster ever opened at Universal Orlando Resort by a very slim margin. The Incredible Hulk and Dueling Dragons opened next door at Islands of Adventure a mere two months later.

Curious George Goes to Town takes inspiration from the classic picture books, rather than the 2006 film and subsequent television properties which use more modern art. It opened in 1998 and features plenty of splash areas for kids.

DreamWorks Destination only opened in 2021, a hasty overlay of the former A Day in the Park with Barney. Now it’s a greeting space for various DreamWorks characters.

The Shrek’s Swamp Meet space was only just installed in July, a replacement for the popular Donkey greeting which was removed along with the Monsters Cafe earlier this year.

There has been no announced replacement for the space as of yet. We will keep you updated here on Universal Parks News Today as we learn more.

1 thought on “BREAKING: Most of Woody Woodpecker’s KidZone Closing Permanently on January 15 at Universal Studios Florida”