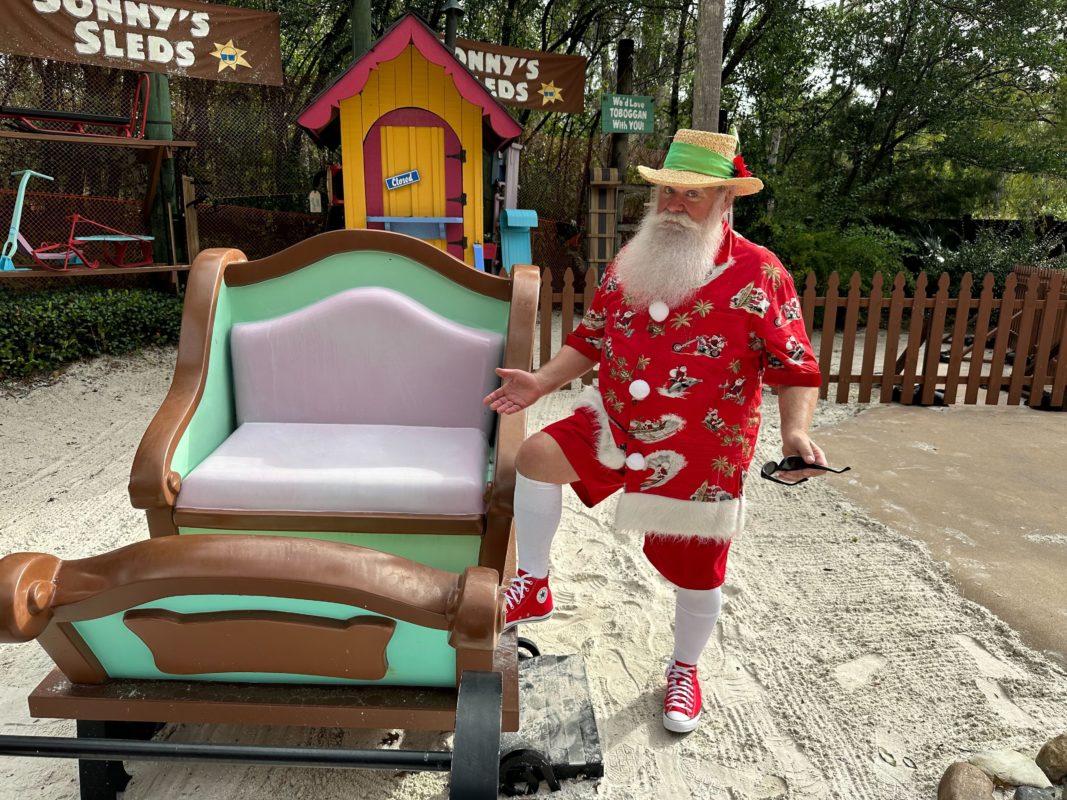 Disney’s Blizzard Beach Water Park has finally reopened and just in time to celebrate the winter holidays. As part of the new celebrations this year, guests can meet Tropical Santa.

Santa has parked his sleigh near Sonny’s Sleds, which plays into the backstory of Blizzard Beach. As the story goes, when a snowstorm hit Florida, the park was built as the state’s first ski resort. However, Florida being Florida, the snow and ice melted. The ski attractions were repurposed into water slides and more.

Santa is taking advantage of his holiday. He’s dressed in vacation apparel, including a straw hat and red high-top sneakers. His shirt is covered in illustrations of himself riding a motorbike, jetskiing, and more. It’s trimmed in white faux-fur, and the buttons are fluffy white baubles much like the one that tops his winter hat.

He invites guests to sit in the sleigh for photos.

After we met Santa, we got candy canes!

When guests weren’t waiting, ole’ Saint Nick kicked back and relaxed for a nice soak in the sun.

Watch our video of Tropical Santa at Disney’s Blizzard Beach Water Park below.