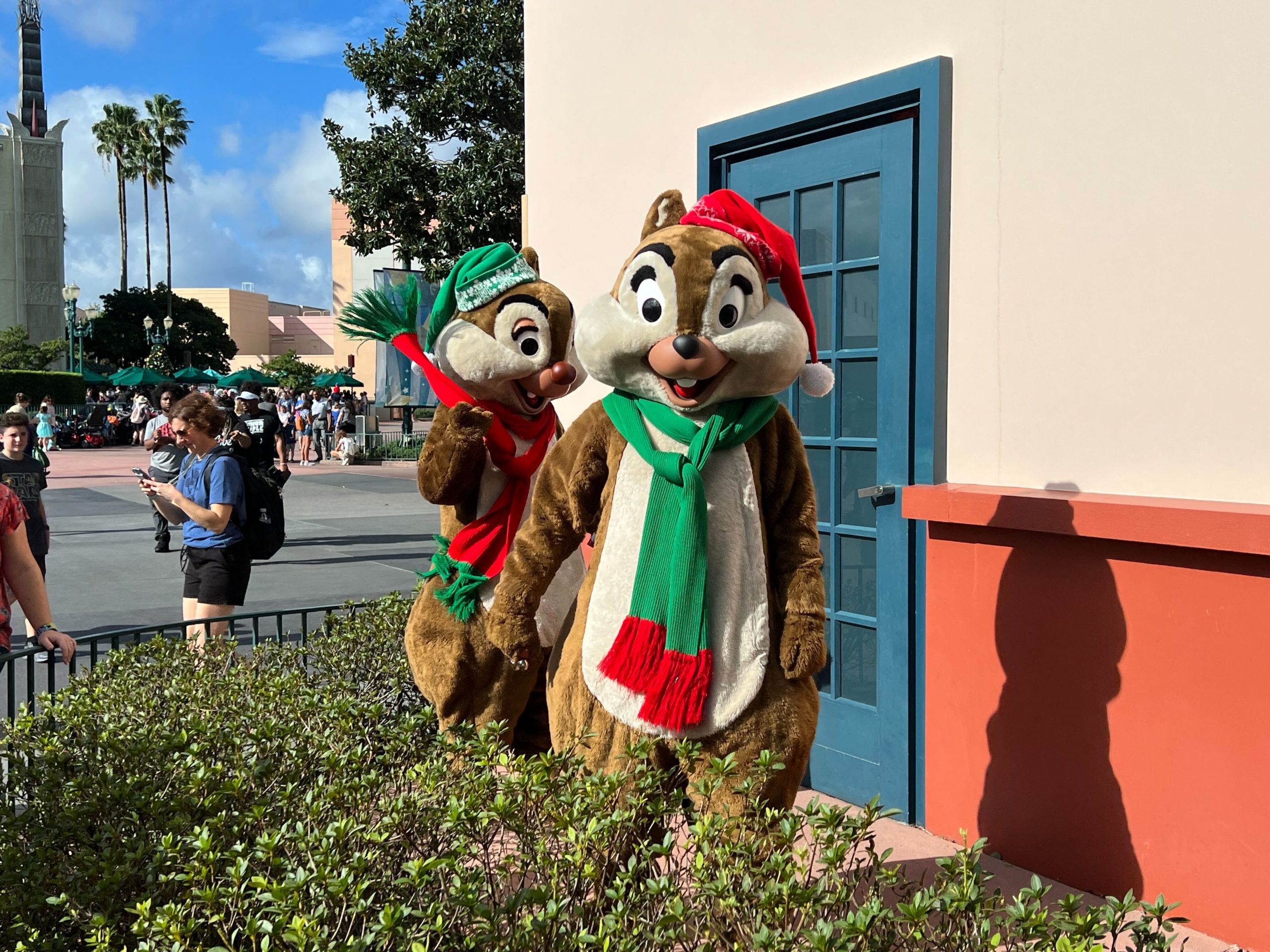 Characters throughout Walt Disney World are dressed up for the holidays. We spotted Chip ‘n Dale and Jessie dressed up at Disney’s Hollywood Studios.

Dale even had a basket of holly.

Over in Toy Story Land, Jessie has a special holiday vest. It’s green with red and white striped piping and peppermint patches.

The holiday decorations finally returned to Toy Story Land this year after a two-year absence.