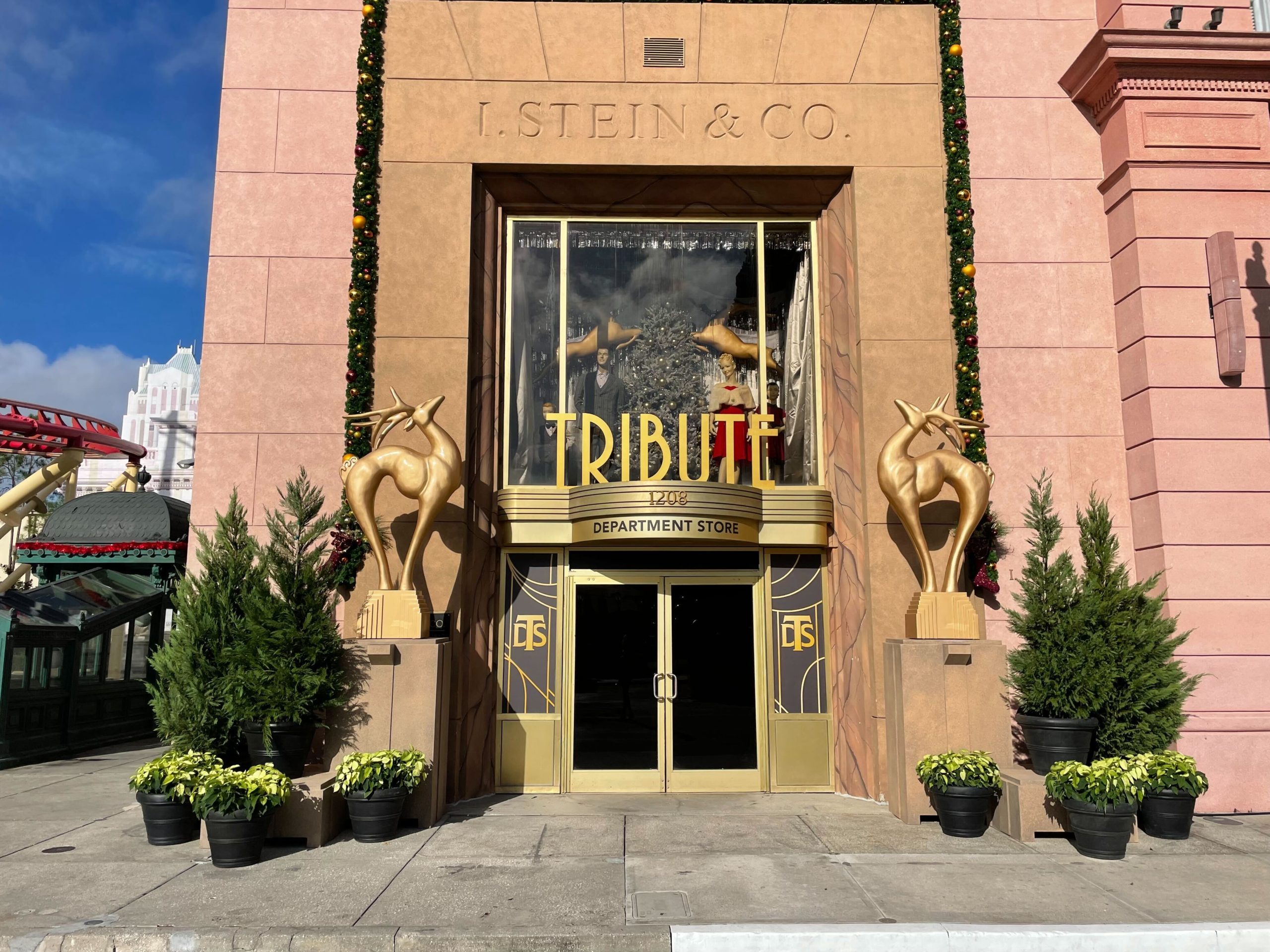 The first signage was added to the store yesterday, but now it’s looking much more complete. This year’s store has a department store theme.

Two golden reindeer statues sit on either side of the Tribute Store entrance. Trees and plants are in pots at the bases of the statues.

“Tribute” has been added atop the marquee.

In the window above the marquee are mannequins in holiday outfits and two more deer around a Christmas tree.

The windows next door now display miniature versions of the giant balloons used in Universal’s Holiday Parade Featuring Macy’s. Three donkey dragons are floating in front of a city skyline in this window, with the gingerbread man high above them.

The next window features “Despicable Me” and Minions-inspired balloon miniatures.

Check out more of the holiday decorations in Universal Studios Florida.