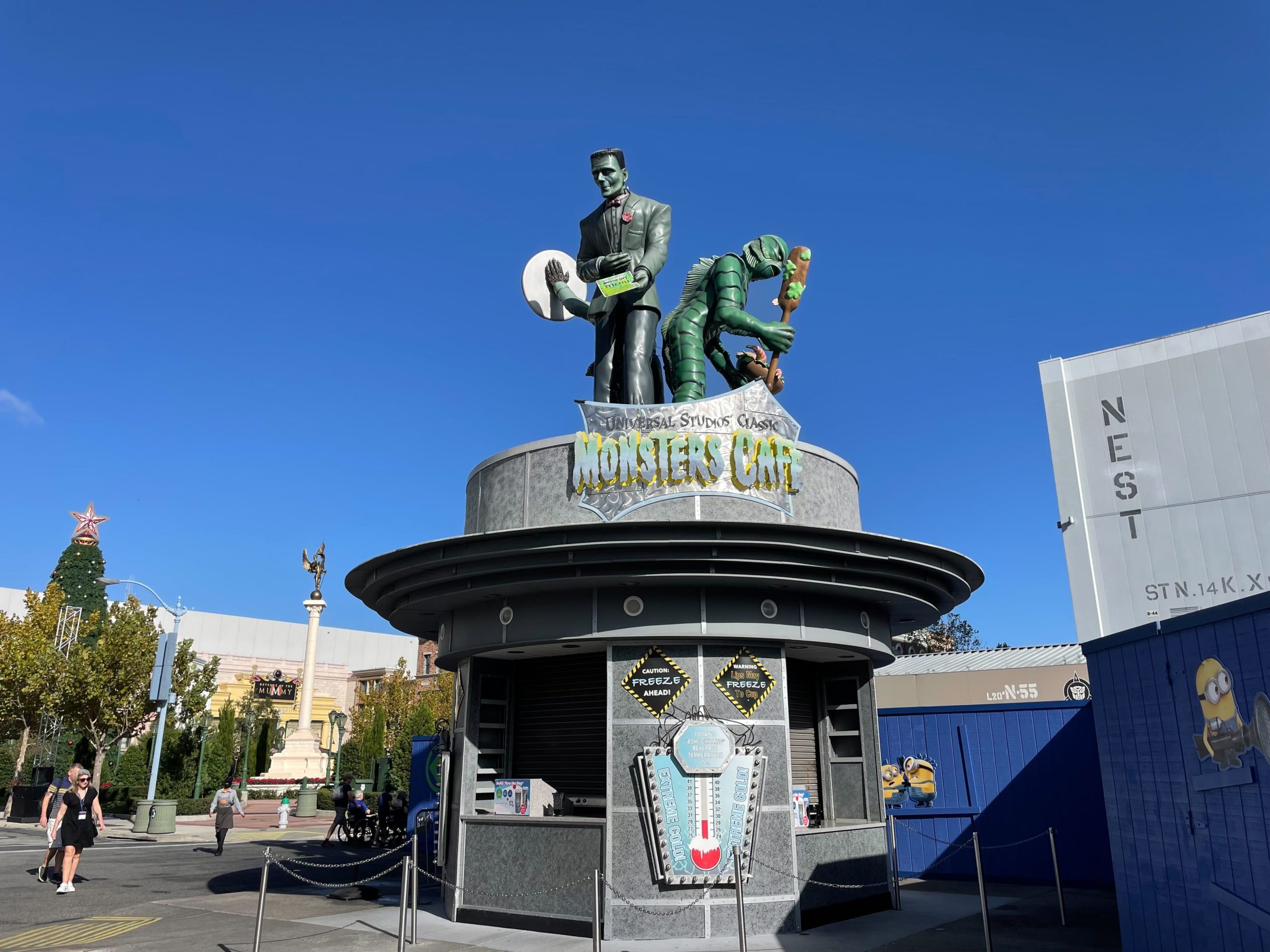 The stand only recently closed permanently, months after the permanent closure of the adjacent Universal Studios Classic Monsters Café.

Statues of Frankenstein’s Monster, the Creature from the Black Lagoon, and the Wolfman were previously atop the beverage stand.

For now, the Monsters Cafe sign remains, but it will likely be removed soon.

The entire area is now surrounded by Minion-themed construction walls. Check out our video of the area below.