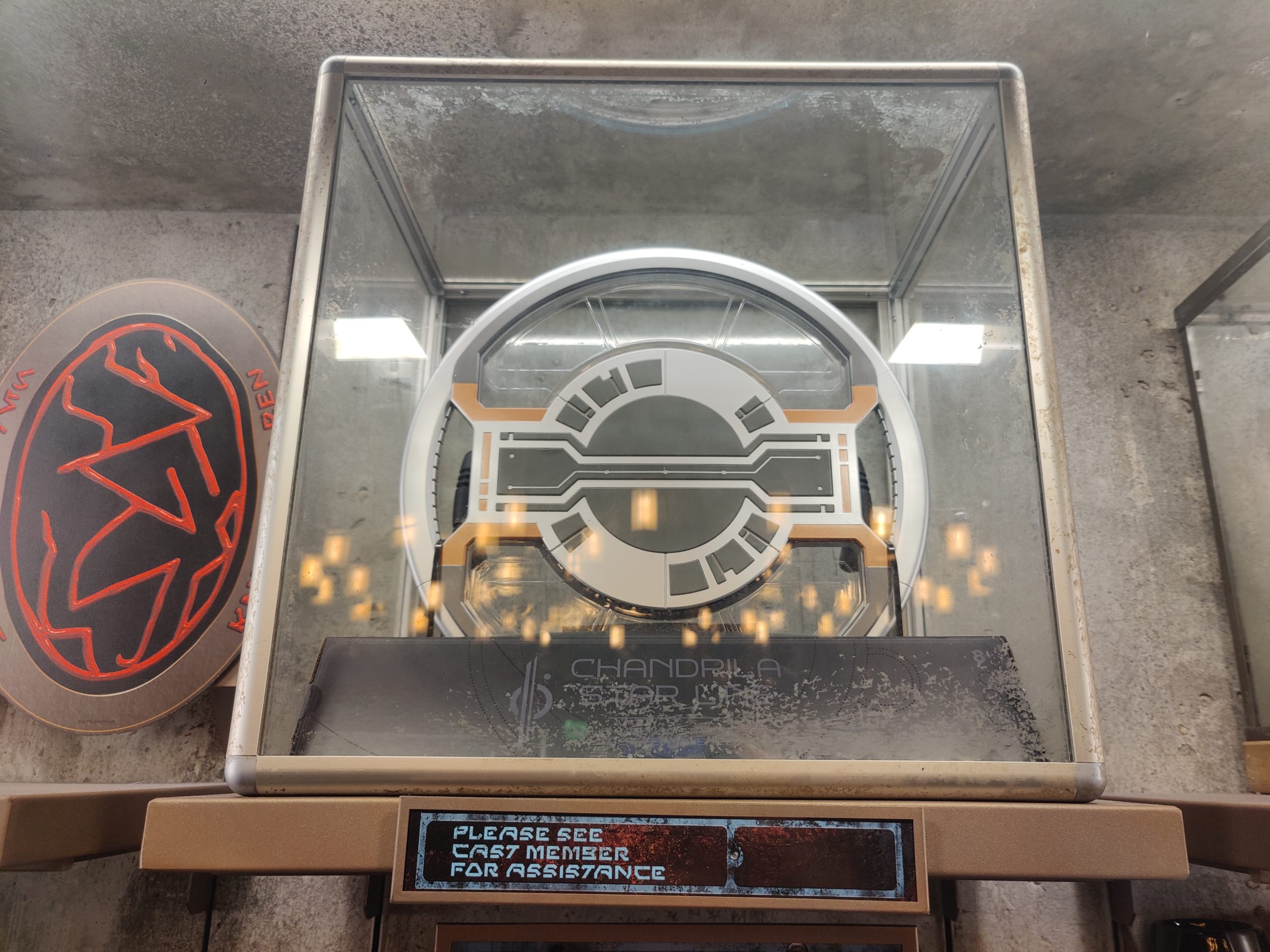 Guests can receive a complimentary Star Wars: Galactic Starcruiser reflective shield with the purchase of a legacy lightsaber hilt at Disney’s Hollywood Studios.

Lightsaber hilts are available in Dok-Ondar’s Den of Antiquities. One of the shields is on display.

Guests do not receive the shield right away — it will be available at package pickup at the exit of Disney’s Hollywood Studios.

This deal is only available while supplies last. At Star Wars: Galactic Starcruiser, the shield is available for $150. The same shields are used during lightsaber training. It, along with all the other merchandise on the ship, was advertised as exclusive.

Demand for Star Wars: Galactic Starcruiser has reportedly been falling, with some voyages only running at 25% capacity. The complimentary shield may be an attempt to drum up more interest in the hotel or simply get rid of merchandise that isn’t selling.