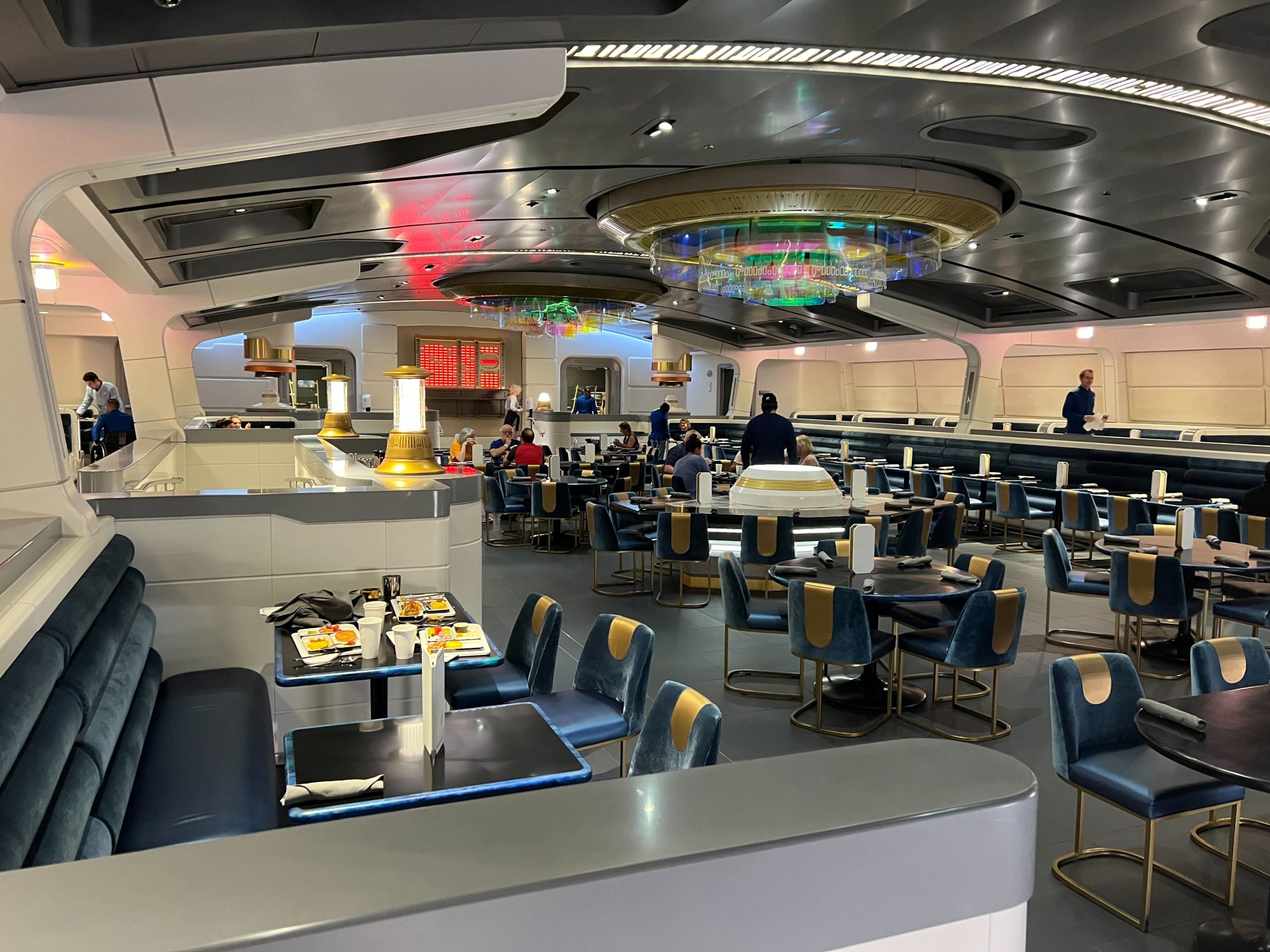 We recently reported on the falling demand for the Star Wars: Galactic Starcruiser, an immersive 2-night experience at Walt Disney World. According to recent reports, some of the latest voyages have been well under capacity.

The Starcruiser offers a three-day, two-night immersive “Star Wars” adventure on a fictitious cruise ship where guests become part of a conflict between the Resistance and the First Order. It includes an excursion to Batuu, themed meals, and live entertainment.

As of publication, our reports indicated that a voyage in the upcoming week currently has reservations for 128 guests. It’s also a date with rooms still available to book. Due to the low number of occupants, Cast Members — particularly servers — are losing hours. Just before the Galactic Starcruiser opened, they were reportedly struggling to recruit experienced servers. A loss of hours potentially reopens that issue if staff leave in favor of other employment.

On a typical night aboard the Starcruiser, two dinner services are put on (including the performances and plot points that happen during the meals). Passengers are split between service 1 and service 2 in rotation with their other activities. For some of the upcoming cruises, occupancy is so low that only one dinner service is being utilized.

One dinner service for 128 guests is reportedly run with just 10 servers. Each server will be responsible for approximately 12 guests each, which is two to three times less than a normal evening. Gratuities for the Starcruiser are prepaid in the booking fees.

This also means the actors portraying the characters are only performing once nightly rather than twice, including fan favorites Gaya and Ouannii.

Both dinners offer the chance to pay extra to be seated at the Captain’s Table. The reduced services mean there is only one opportunity to book the Captain’s Table each night, limiting the number of guests who may purchase the add-on experience.

Despite generally positive reactions, some strong criticisms did persist, including the box truck transport to Batuu and the $6,000 average price point.

There have been enough vacancies on recent Galactic Starcruiser “voyages” that Walt Disney World hosted travel agents for a free three-day, two-night experience. Since our last report, no more dates have sold out at this time.

Though guests on board may enjoy the lighter crowds and find it easier to have personalized interactions with the characters, the low demand has brought concerns for the future of the experience. As Master Yoda says, “Difficult to see; always in motion the future is.”

Discussions have been conducted regarding adding holidays, changing the plot, or even adjusting the timeline to allow for the inclusion of other characters. It’s unknown what action Disney will take, if any, other than offering free cruises to travel agents in exchange for advertisements.

For more information on the Star Wars: Galactic Starcruiser, check out our full guide to everything you need to know before you go, and read our in-depth, honest review here.