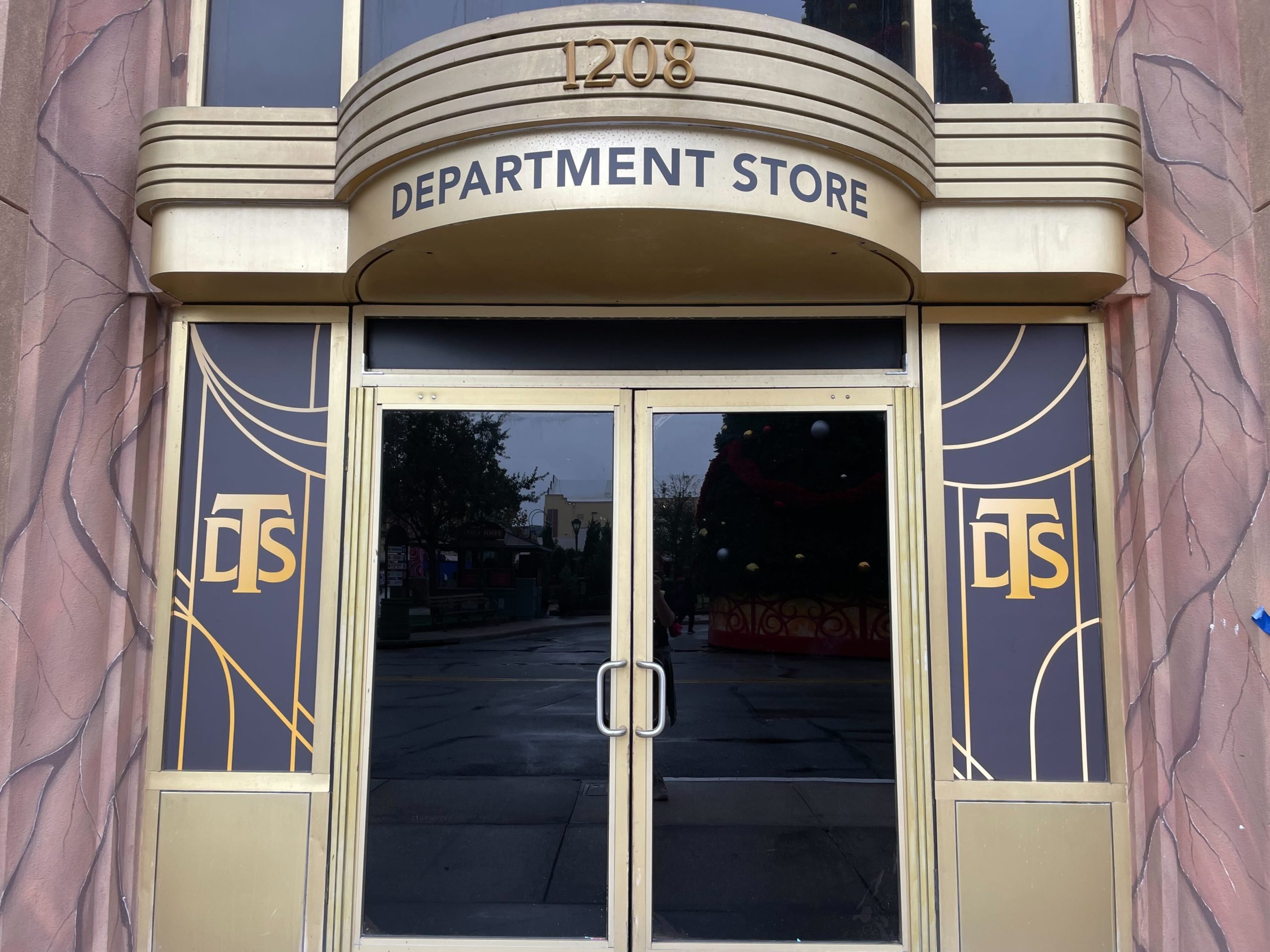 Universal Orlando Resort is gearing up for the 2022 holiday season. In addition to a giant Christmas tree, the New York area of Universal Studios Florida will also house the Holiday Tribute Store. This year’s store will have a classic department store theme and the first details have been added to the façade.

Unlike previous Tribute Stores, this one apparently won’t have an entirely new entrance constructed in front of the J. Stein & Co. façade. Instead, Universal is using the pre-existing building to create the department store entrance.

The marquee above the entrance doors now reads “Department Store.” The 1208 building number is always there.

“DTS” is in gold amidst art nouveau designs over the side windows.

So far, no other details have been added, but we expect more are coming.

For reference, below is what the J. Stein & Co. façade looked like earlier this week.