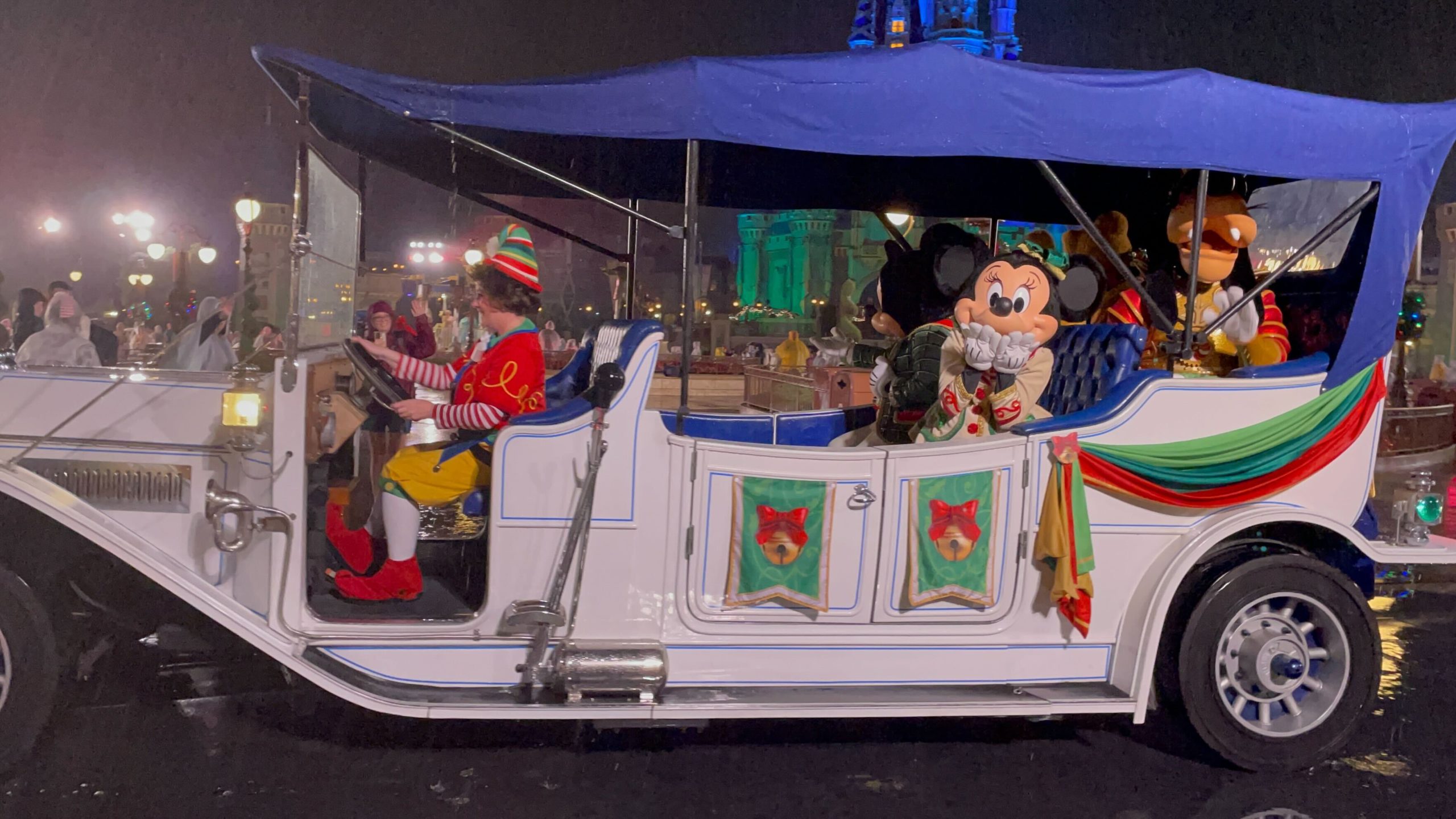 We may not have gotten to see Mickey’s Most Merriest Celebration because of the rain, but we did get to see both the regular version of Mickey’s Once Upon a Christmastime Parade and the Rainy Day Christmas Cavalcade alternate.

Since weather conditions worsened as Mickey’s Very Merry Christmas Party went on, Mickey’s Once Upon a Christmastime Parade was unable to run for its second showing of the night. When this happens, we get the alternate cavalcade. This ensures the Cast Members’ and characters’ safety during inclement weather.

The first car drove Mickey, Minnie, Goofy, and Pluto. The characters are wearing their holiday costumes.

Banners hanging on the car doors are green with jingle bells topped with red bows.

Next, the red jitney is carrying Donald, Daisy, and Santa Claus. He’s definitely keeping us on his nice list this year!

There is a large break between the red jitney and the Princesses’ gazebo float. This is where the toy soldiers would be marching, but the rain picked up, and conditions quickly became too dangerous for them to continue.

The Princesses bring up the end of the Rainy Day Christmas Cavalcade.

Watch our video of the Rainy Day Christmas Cavalcade below.

REVIEW: Brews & Bites Marketplace Returns with Plenty of Beers and a Spicy Queso for the 2022 Festival of Holidays in Disney California Adventure