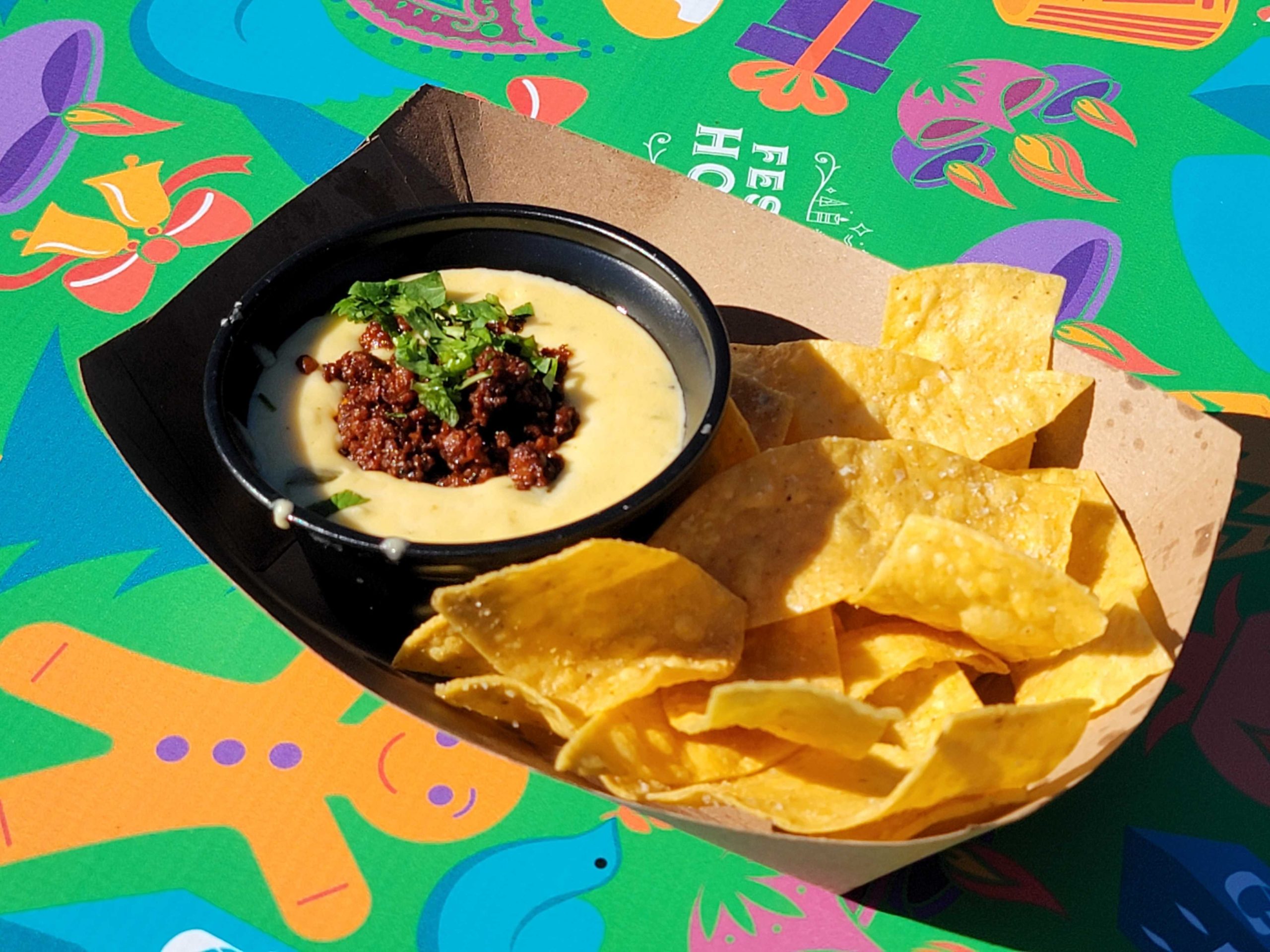 If you’re looking for a good beer while visiting the 2022 Festival of Holidays at Disney California Adventure, look no further than Brews & Bites, As the name of this marketplace suggests, they have nearly a dozen different beers, two flights, and of course, snacks.

This is phenomenal. In the past, it has been real chorizo and ends up a bit too greasy. The Impossible meat eliminates this, and if we didn’t know it was Impossible, we wouldn’t have been able to tell. Make sure to mix the “meat” into the queso. The queso is cheesy and perfectly oozy, which goes great with the salty chips.

There is a bit of a spicy kick on the end.  Our only complaint is there aren’t enough chips! We had half the queso left after we finished the chips.

We didn’t sample any of the beers offered at this booth, but there is a huge selection that is sure to please everyone. Knowledgeable cast members are also standing by to help you select your perfect beer.

Watch our video review of all the Festival of Holidays marketplaces:

It may take a trip or two to the festival to try all of these beverages, but lucky enough, the Festival of the Holidays is officially running from November 11, 2022 to January 8, 2023.