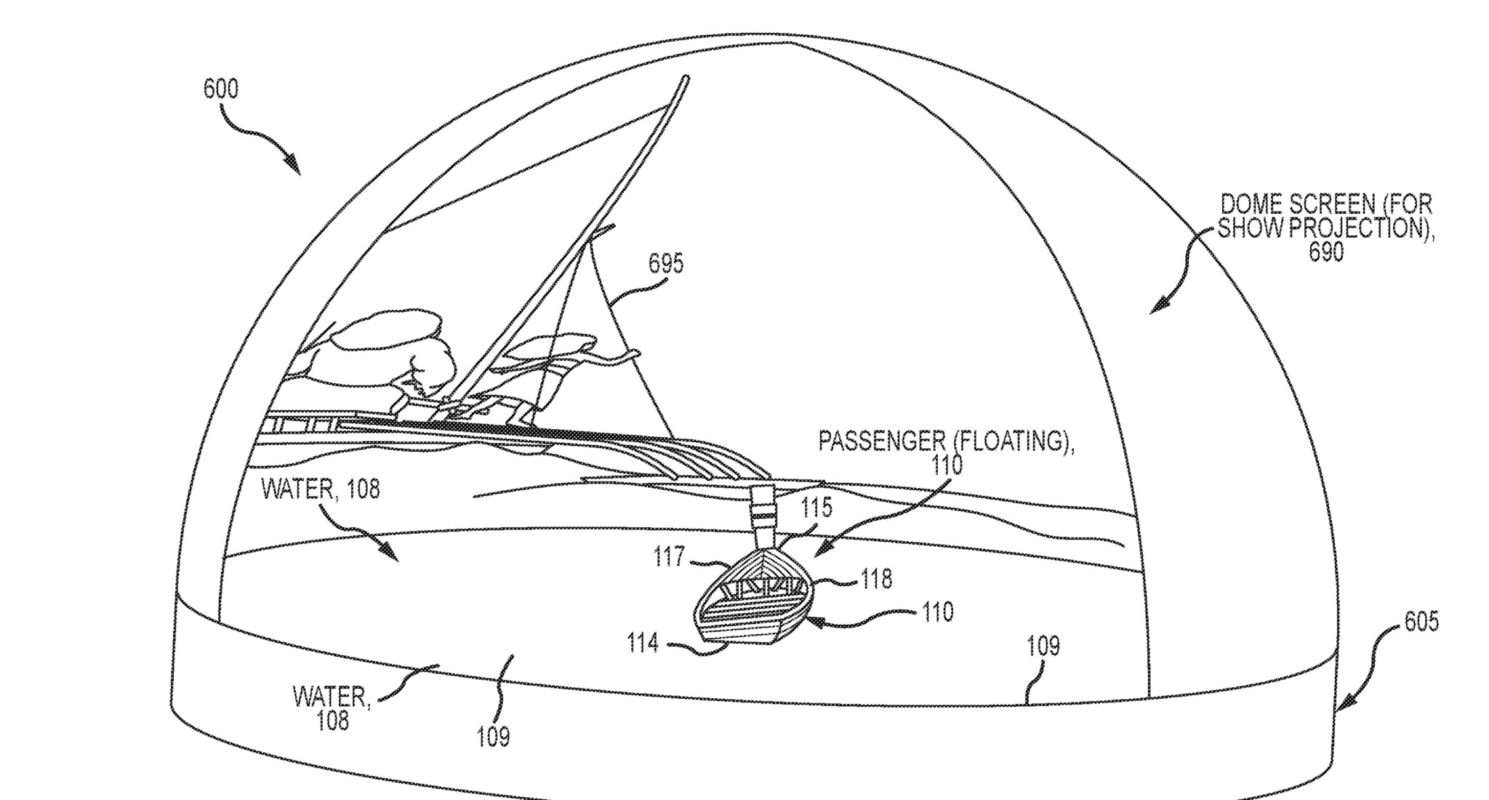 Disney has patented technology for a new kind of water ride that could be implemented at Disney Parks in the near future.

As Disney states in the patent, water rides are some of the most memorable attractions but rarely utilize new technology and are tame compared to roller-coasters. Flume rides like Splash Mountain are designed to be relatively smooth.

As described in the patent, this new technology would create a more thrilling boat ride experience. A cable system strategically attached to the sides of the boat could simulate the movements of a boat bobbing in waves.

The patent also describes an immersive projection dome around the boat and water. A special soundtrack and 4D effects like splashing water would be used in tandem with the motion simulator and projection dome. An image of Moana and Maui on Moana’s boat is used in an example figure. Though this is just an example, the simulator could be used in the proposed “Moana” and “Zootopia” land replacing Dinoland U.S.A. at Disney’s Animal Kingdom.

The above concept art for the possible land features Moana’s boat in a lagoon to the left, with flume boats going around it. But as this is just concept art, and the concept is in very early stages, things could change.

The experience in this patent would be passive, with guests just enjoying the ride. But Disney notes that the technology could be further used in interactive experiences, such as a pirate battle where guests could perform various sailing tasks, triggering different effects. With multiple vehicles, guests could pick which side of the battle they want to be on.

What do you think of a possible “Moana” or pirate water ride using this new simulator technology? Let us know in the comments.