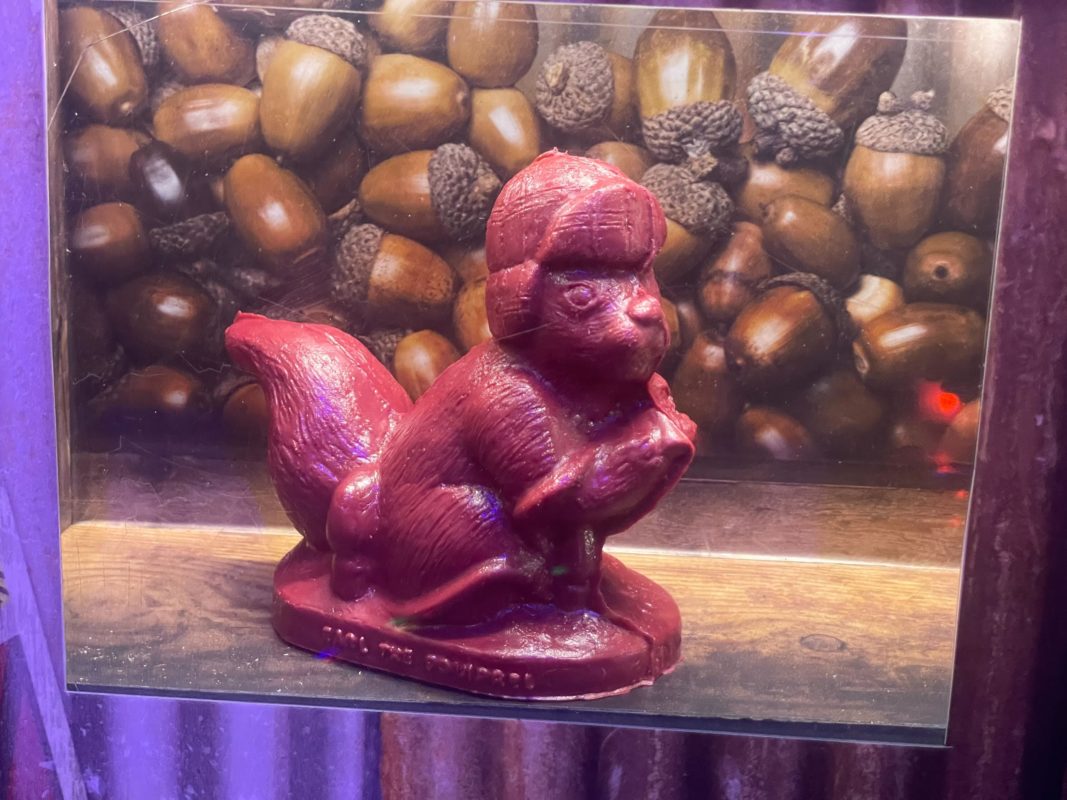 The Mold-A-Rama for Earl the Squirrel is now available in the Holiday Tribute Store in Universal Studios Florida.

With these machines, guests can make their own molded figures. One figure is $8.

The figurine is freshly made in front of you, making this both an experience and a souvenir. The mold is a dark red color and has “Earl the Squirrel” inscribed around the base. Earl is wearing his traditional trapper hat.

This machine can be found in the fourth room of the Holiday Tribute Store in Universal Studios Florida. A Grinch Mold-A-Rama will also be coming soon to this location.

If you’re a fan of Earl, check out this other merchandise we spotted recently:

Will you be making your own Earl Mold-A-Rama figure? Let us know in the comments.

REVIEW: Holiday Cookie Pretzel is a Unique Mashup of Classic Snacks at Disneyland