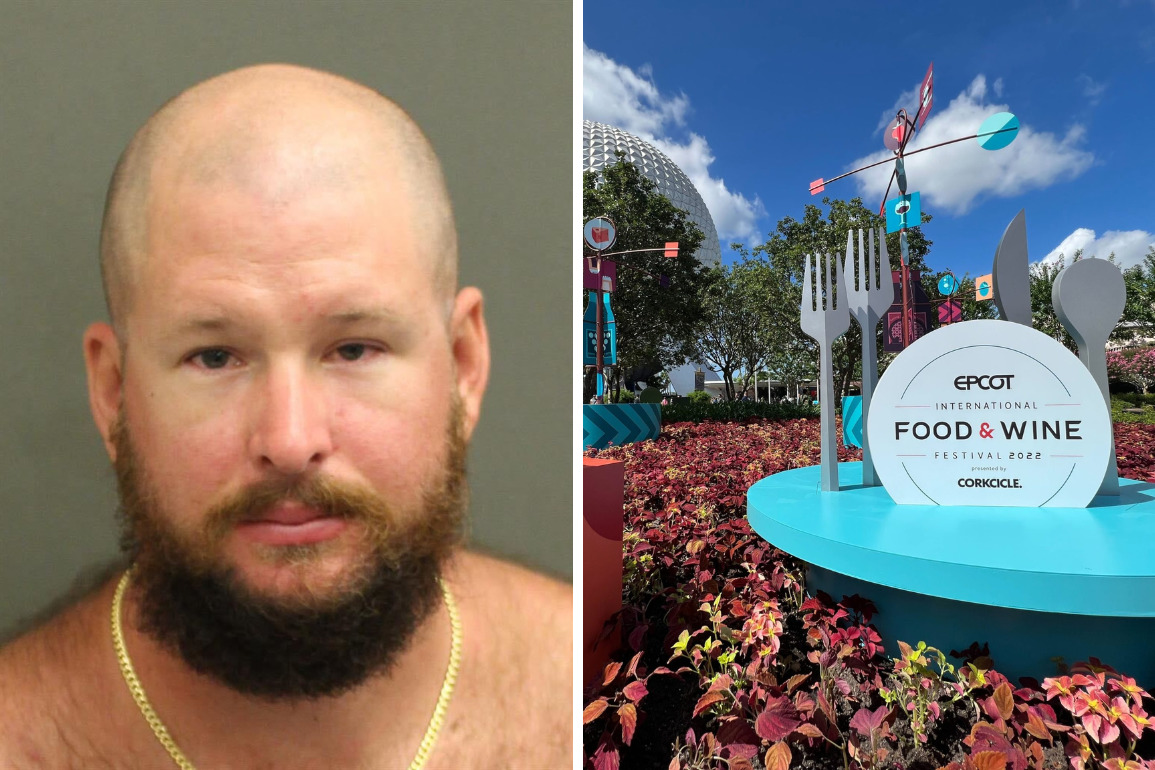 An intoxicated Florida man chugged two beers in less than 30 seconds at the EPCOT International Food and Wine Festival.
It would not take long for the rest of his visit to Disney World to unravel.

Chase Holderby sounded friendly at first as he offered handshakes and high-fives to everyone in line at one of the stands in EPCOT on September 10, according to a newly released Orange County Sheriff’s report.

The 30-year-old Merritt Island man had already caught the attention of authorities because he appeared to be intoxicated. He was “stumbling, being excessively loud, swearing, and appearing unsteady on his feet,” the sheriff’s report said.

Then deputies watched Holderby chug two beers in less than 30 seconds at the American Adventure Pavilion.

The others in Holderby’s group knew Holderby was getting himself into trouble. They tried to get him to drink water and head toward the park exit, but Holderby didn’t get very far. He got into an argument with his group at the Japan Pavilion, the sheriff’s report said. Deputies warned him to stop making disturbances.

When he got to the Morocco Pavilion, Holderby was confronted by a Disney security manager who ordered him to leave the theme park. Holderby placed his finger on the Disney employee’s chest and started causing a scene, swearing and yelling he hadn’t done anything wrong, the sheriff’s report said.

Holderby reached the International Gateway. He took off his shirt and kept asking what he had done wrong.

“Holderby continued to yell and ask what he did wrong all the way up the ramp to the Skyliner. Once in the line queue, he continued to act belligerent and cause the crowd of people in line to become alarmed,” the sheriff’s report said. “While attempting to get him onto the physical gondola car, he wouldn’t initially get in and was dangerously close to falling into the area beneath where the attraction operates. As the disturbance continued, the staff stopped the entire transportation system for Holderby’s safety, inconveniencing and delaying all other riders.”

All Holderby had to do was ride the gondola one stop to Disney’s Caribbean Beach Resort, where his family was staying.
But he never made it.

“Holderby initially entered the individual gondola of the Skyliner, but then began to push his way out to hurl insults at members of security,” the sheriff’s report said.

Holderby was arrested for trespassing and disorderly conduct and taken to jail.

Orange Circuit Court records showed he took a plea deal earlier this month. He pleaded no contest to the charges and paid a $273 fine. He was credited for already serving one day in jail and didn’t get additional jail time. Holderby’s attorney did not comment for this story.

11 thoughts on “Florida Man Chugs 2 Beers In Under 30 Seconds at EPCOT, Removes Shirt, and Almost Falls From Skyliner Platform During Skirmish with Police”