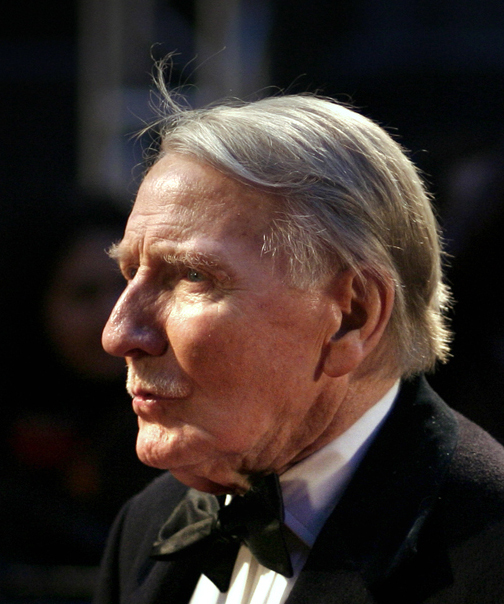 U.K. actor Leslie Phillips, best known to younger generations as the voice of the Sorting Hat in the Harry Potter films, has died at age 98.

In a statement, his wife said Phillips “was quite simply a national treasure. People loved him. He was mobbed everywhere he went. When we married, he cheekily introduced me to the Press as royalty, insisting I was the new Zara Phillips and that I was related to the Queen.”

However, Phillips was already an established actor long before the Harry Potter films, with over 200 films, TV, and radio series to his credit.

In the U.K., he was best known for his role as a smooth-talking, charming scoundrel in the “Carry On” film franchise.

His obituary in the London Times reads:

“No one could invest a simple greeting such as ‘hel-low’, or ‘I saa-y’, with quite the same depths of lascivious innuendo as Leslie Phillips. It was partly to do with his unhurried, oaky voice, partly his smoothly expressive features: the ironically pursed mouth, the suggestively arched eyebrow. No wonder he became cast, and for long periods typecast, as a suave, lusting, caddish womaniser. ‘It’s terribly distinctive,’ he said in later life. ‘My voice is recognised as clearly as my face. When I phone, say, the electricity company, they always recognise my voice before I’ve said my name.’ He would often get requests to record himself saying, ‘Hel-low,’ for answering-machines.”

His wife said he was “truly great showman” and “wonderful husband.”

“He also gave his opinion on if actors actually do retire,” writes Comicbook.com. ‘No. I don’t think actors do retire,’ he said. ‘They’re like old soldiers, they fade away. Something happens, the phone doesn’t ring, or they become ill. Something like that. But I’ve only heard of about two actors who actually retired. And they both came back again, and then retired again!'”