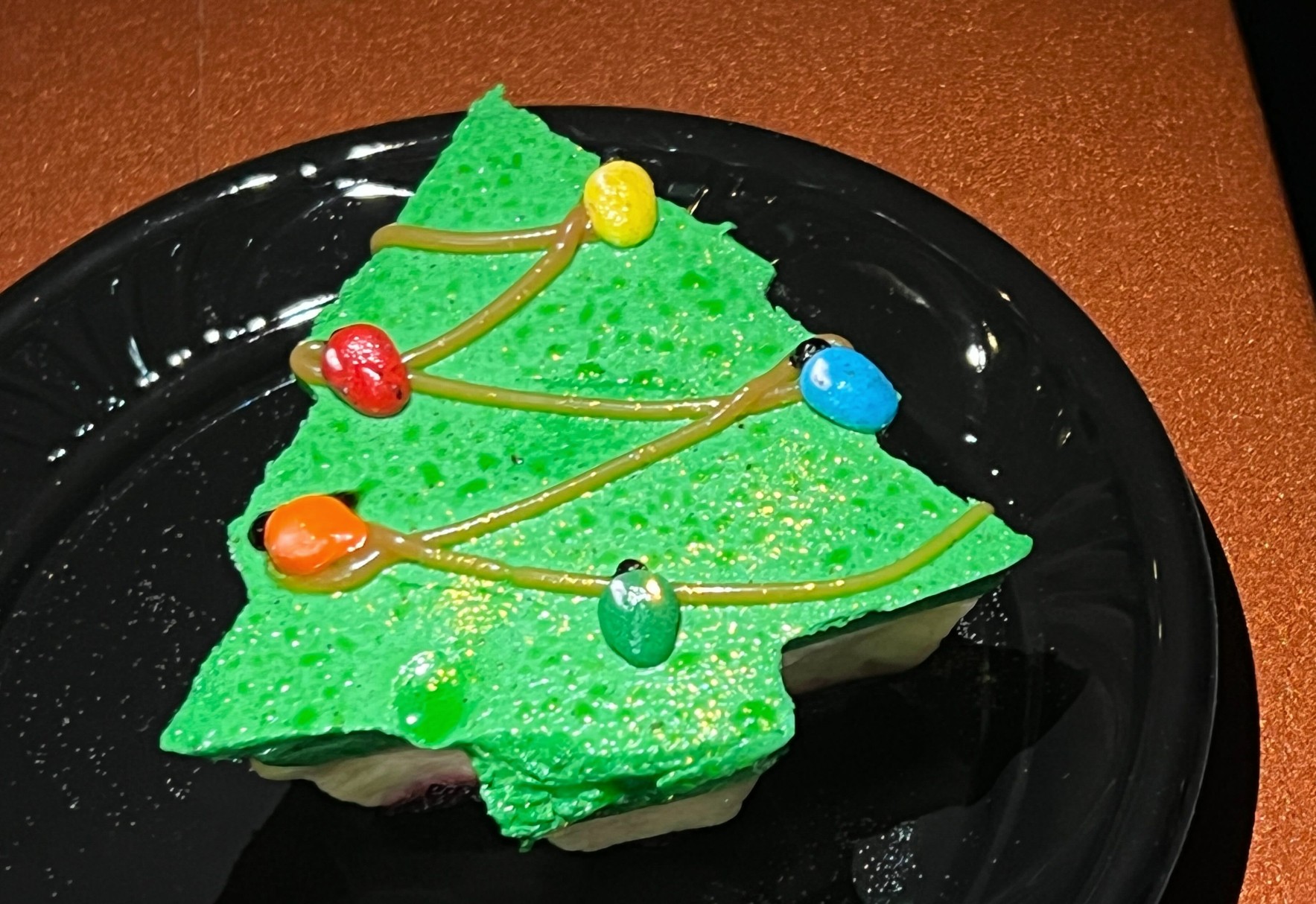 Magic Kingdom is now offering a Christmas Tree Cake (no, not the Little Debbie ones) during Mickey’s Very Merry Christmas Party. You can snag this treat, along with the Holiday Dinner Dog, at Casey’s Corner.

This is just all too much. First off, it’s basically three layers. The bottom is the red velvet brownie, which is more of a dense cake than a brownie. It was fine on it’s own. The middle is a layer of cheesecake. Which was also fine on its own.

If you’ve ever eaten cheesecake, you’ll notice that it doesn’t come with buttercream frosting.  There’s a good reason— it doesn’t work together. Then the swirl of caramel just added a fourth flavor to this mess. It’s almost like they picked things out of a hat and put them all into the same dessert. None of it really works well together.