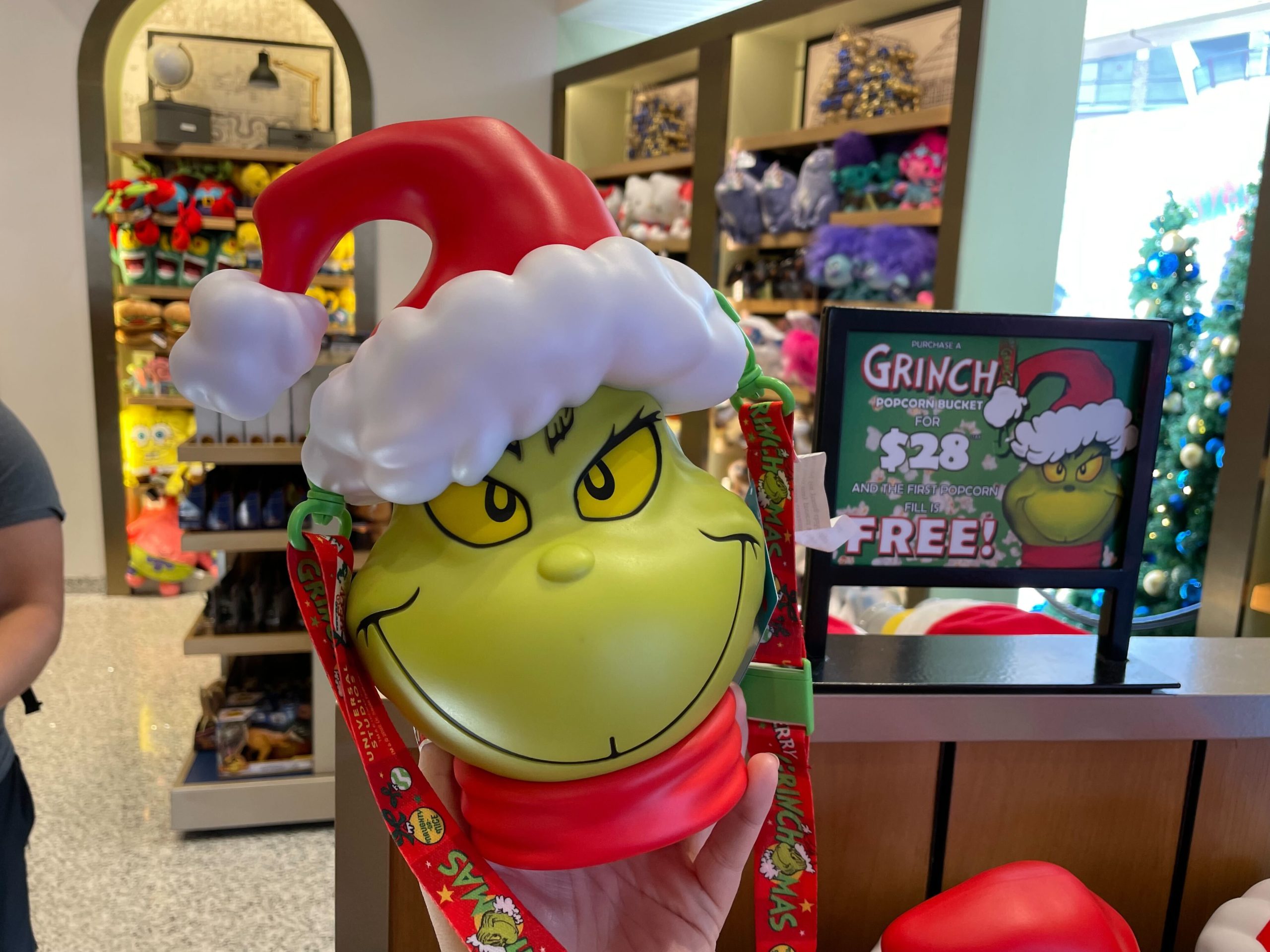 Our hearts grew three sizes when we saw the new popcorn bucket available at Universal Orlando Resort for the holidays. We found this Grinch head popcorn bucket in the Universal Studios Store at CityWalk.

The plastic bucket is sculpted to look like the Grinch’s head wearing a Santa hat and a red collar.

He has on a wide smile.

The bucket opens at the back. The first popcorn refill with the bucket is free.

The detachable strap is red and reads “Merry Grinchmas” with an image of the Grinch.

It also features Christmas ornaments, a tag reading “You’re a mean one, Mr. Grinch,” and the Universal Studios logo.