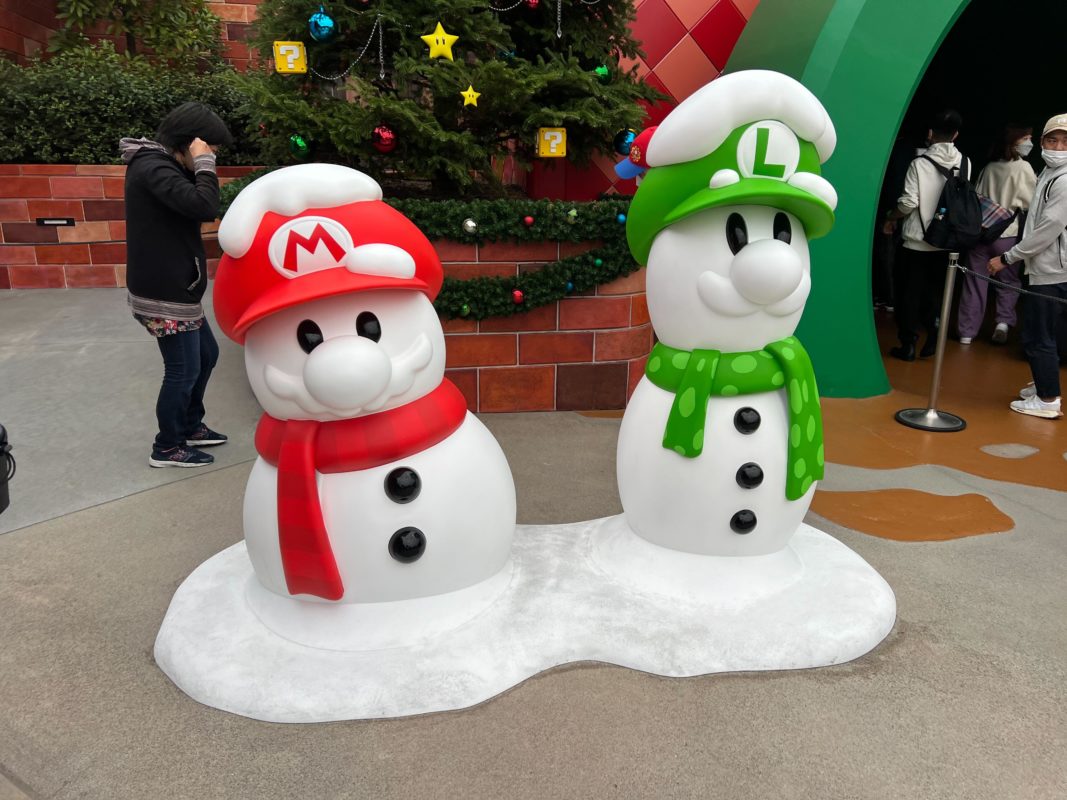 Although Super Nintendo World has been through the holidays before, this year Universal Studios Japan has decked out the land for Christmas for the very first time! Naturally we went down to Osaka to check it all out for ourselves.

In Super Star Plaza, there’s some decoration around the land’s entrance.

A wreath and garland hangs below the land entrance sign. Ornaments, Super Mushrooms, and Super Stars dot them. Atop are two Super Bells tied with a bow.

The tree on the other side has traditional ornaments along with Super Star and ? Block ornaments, but surprisingly no lights.

Guests are also able to take photos with the Snowman Mario & Luigi photo op in Super Star Plaza. Both bear hats and scarves for their respective characters, and have the adorable moustache to match!

Light poles around the land have decals with gold-striped red coloring.

The lights are also covered in snowflake patterns, and bows hang from the speakers.

At the Mario & Luigi greeting spot on the first floor, another tree is up, and the blocks behind have been turned into a present, complete with ribbon. Snowflakes are now also on the Piranha Plant pipe.

These decorations will likely be up through the end of NO LIMIT! Christmas on January 6, so keep an eye out when you visit Universal Studios Japan! And let us know what you think of these holiday touches in the comments below.