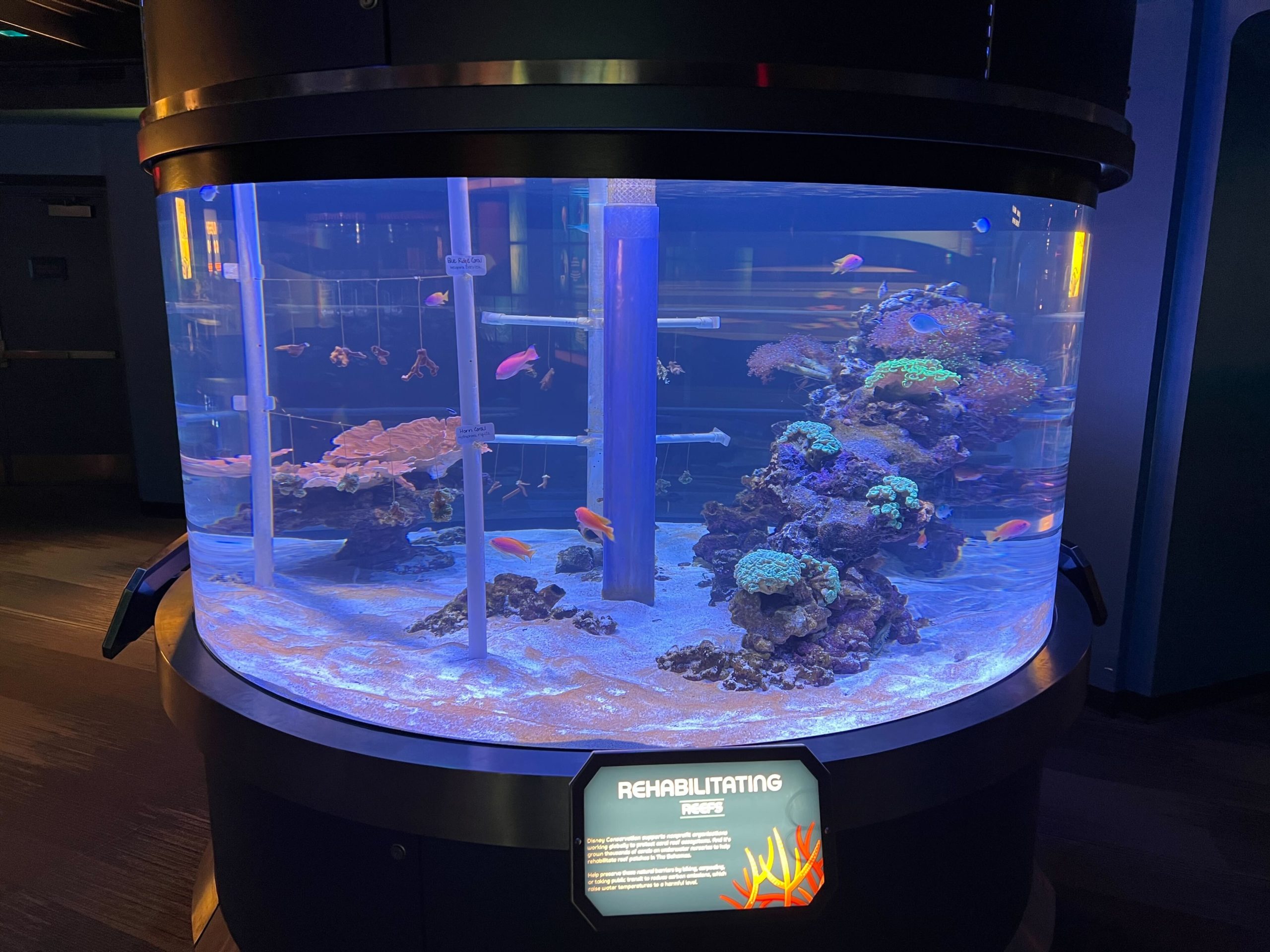 The nursery module at The Seas With Nemo & Friends Pavilion in EPCOT has reopened after closing eight months ago in March 2022.

Not much has actually changed inside the room, although some areas remain closed off for further refurbishment.

Tanks have been replaced.

This large tank near the windows is dedicated to coral and information about coral reefs.

The illuminated signs on each side of the tank provide information about reefs, including Disney Conservation’s work in rehabilitating reefs.

Inside, various species of coral are labeled.

Fish also swim among the display of coral.

On the other side of the room, a row of tanks is blocked off, but we can still see them.

Some of the tanks have coral and rocks inside, but no fish species yet.

It looks like the aquarium cast is celebrating fall. Several tiny pumpkins sit around the tanks.

Though there are no creatures in the tanks yet, the signs below them do give us an idea of what we’ll be seeing in the near future: cuttlefish, shrimp, mangroves, giant clams, clownfish, and anemones.

Images of divers and various underwater species are on the wall behind the tanks.

There are also screens mounted above some of them, but no video was playing.

The screens on these walls were working, playing clips of Crush from “Finding Nemo” alongside information about various species.

Mr. Ray’s Pop Quiz is still available on screens in another corner.

The windows look out at the lower floor of the Seas Pavilion.

Last year, holiday decor was added to the tanks of the pavilion.

Construction Continues on Universal’s Great Movie Escape and Throughout CityWalk