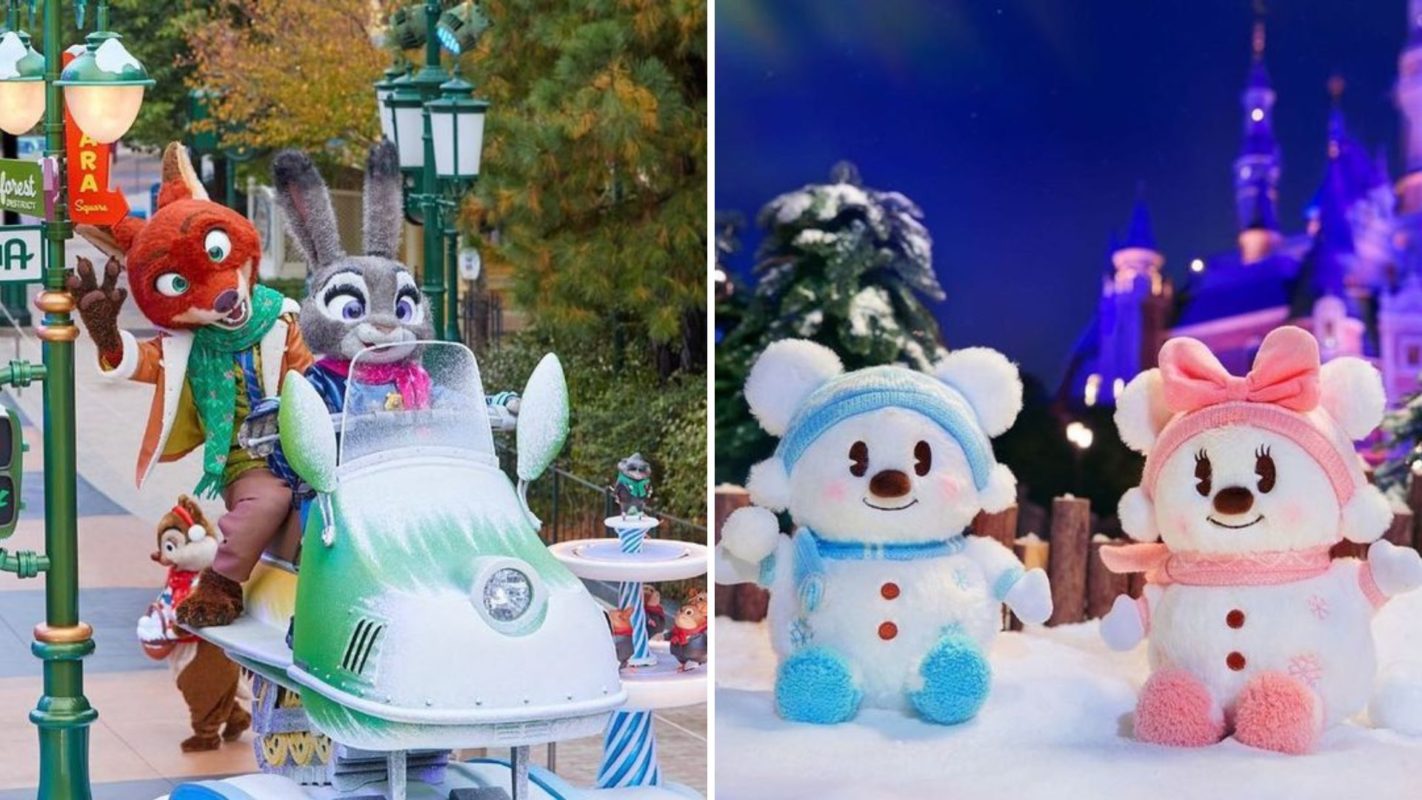 Shanghai Disneyland has announced their Christmas 2022 offerings, including a new cavalcade featuring “Zootopia” characters and a series of plush called “Snowies.”

Shanghai Disneyland just reopened today after a month-long closure due to COVID-19. The new Disney Winter Frostival will begin on Monday, November 28, 2022.

Judy Hopps and Nick Wilde will ride their own snowmobile-inspired “Zootopia” float in the new Disney Winter Magic Cavalcade. The float also features a “Zootopia” streetlamp and Mr. Big the Arctic shrew crime boss. Chip, Dale, Clarice, Pluto, Goofy, and Clarabelle are walking behind the float in their holiday outfits, followed by a skating Elastigirl and Mr. Incredible leading a Frozone float.

Duffy and ShellieMay are on their own float with two “Snowies” figures resembling Mickey and Minnie.

The “Snowies” are small plush that look like snowmen of Mickey and friends wearing winter hats, scarves, and shoes.

Ice sculptures of various Disney characters will be in front of Enchanted Storybook Castle. In the above photo, Mickey and Minnie are getting ready to go skiing while Chip and Dale snowboard in between them.

Belle and the Beast will be dancing in their own ice sculpture.