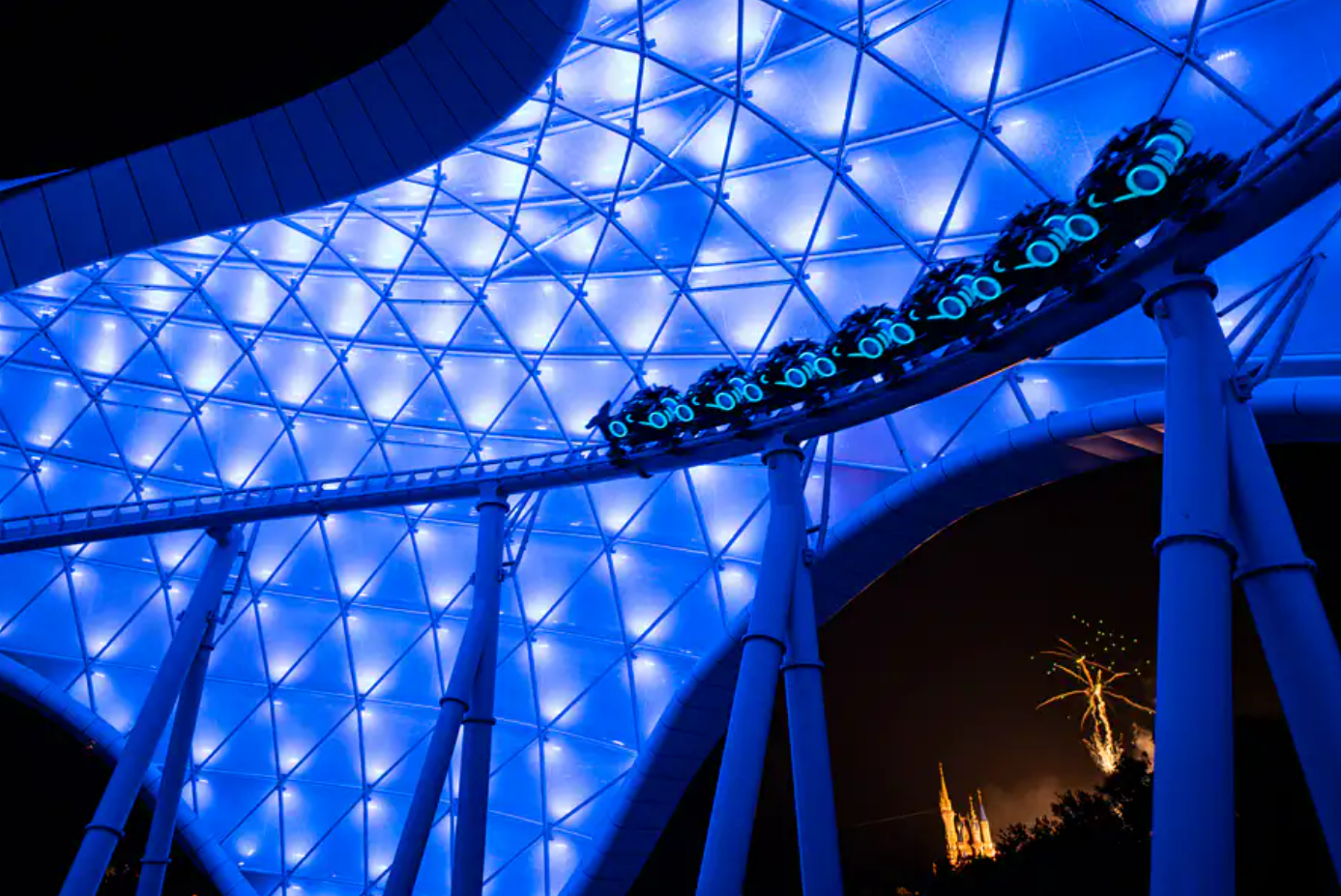 TRON Lightcycle / Run is reportedly gearing up for an April 2023 grand opening.

The highly anticipated roller coaster will officially open during the first week of April, with previews for select groups such as Cast Members, Annual Passholders, DVC, and more held in March.

The ride, a version of which is already in operation at Shanghai Disneyland, is being constructed in Tomorrowland at the Magic Kingdom. The Walt Disney World Railroad and Tomorrowland Light & Power Co. (the Space Mountain exit gift shop) are both closed due to the TRON construction. See our latest construction update here.

The ride was announced in 2017 and original projected to open before the 50th anniversary of Walt Disney World on October 1, 2021. However, major delays, some due to the coronavirus pandemic, have pushed the opening back to spring 2023.

The original concept art below shows what the area of Tomorrowland will look like, but concept art is often different than the final product.

If you can’t wait for April (or March, for those who qualify for previews), check out our video of TRON Lightcycle Power Run at Shanghai Disneyland below.