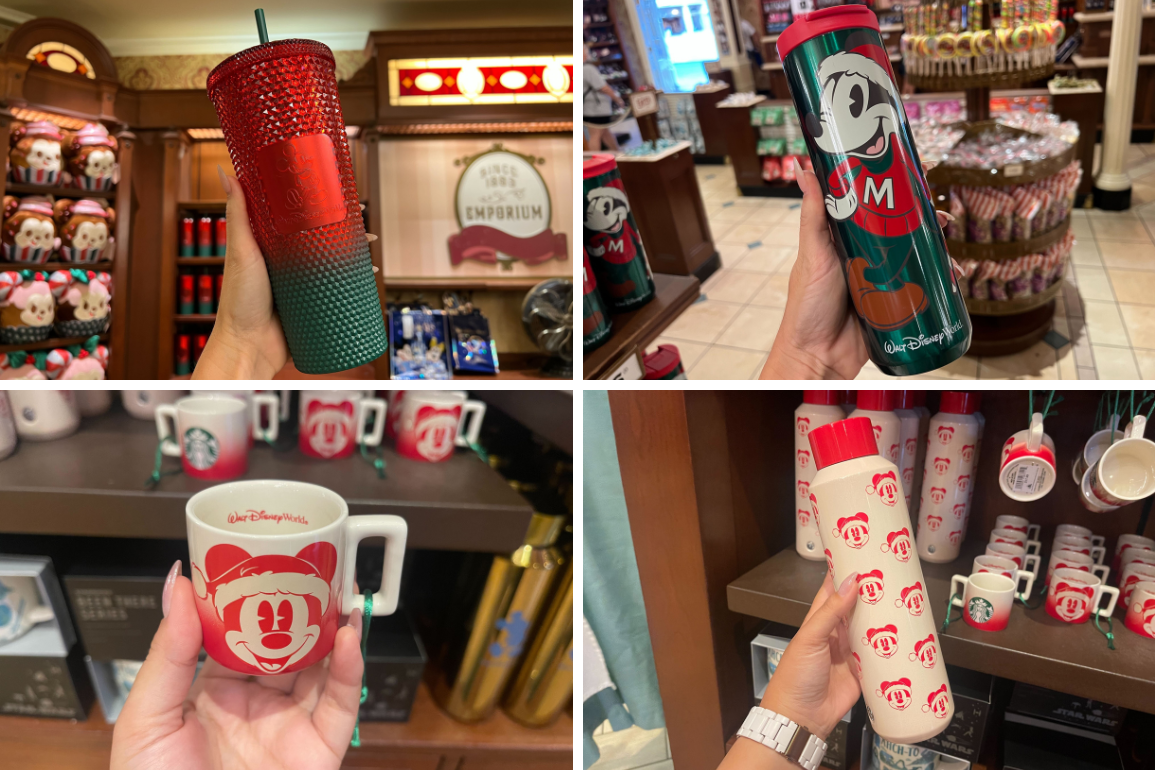 Halloween ended just hours ago, so the holiday season has already begun at Walt Disney World thanks to these new Starbucks tumblers and ornament!

This tumbler features a similar geodesic pattern to one released in late September. The big difference here is that it’s in a red color that transitions to a dark green on the bottom.

Mickey Mouse is embossed on one side above the Walt Disney World logo.

The Starbucks mermaid logo appears on the opposite side.

The look is completed with a green straw.

Mickey Mouse looks dressed for the season on this metal tumbler, clad in a red sweater with a white “M” on it, along with a Santa hat, a green scarf and pants, and brown shoes. He’ll wear a very similar outfit at the Disneyland Resort this holiday season.

The Starbucks wordmark appears on the opposite side of this green tumbler.

The top is a simple red.

We found the above items at the Emporium in the Magic Kingdom.

Mickey also appears on a mug ornament this year! He wears a Santa hat on a white and red mug,

The Starbucks logo appears in its usual green and white color scheme on the opposite side.

The Walt Disney World wordmark can be found on the inside of the “mug.”

The same design can be found on a metal tumbler, which has the Walt Disney World wordmark breaking up the pattern.

Oddly enough, this one doesn’t have any obvious mention of Starbucks on the side, but the company is listed in the copyrights on the bottom.

The pattern is accented with a red cap. We found the ornament and tumbler at Main Street Bakery in the Magic Kingdom.