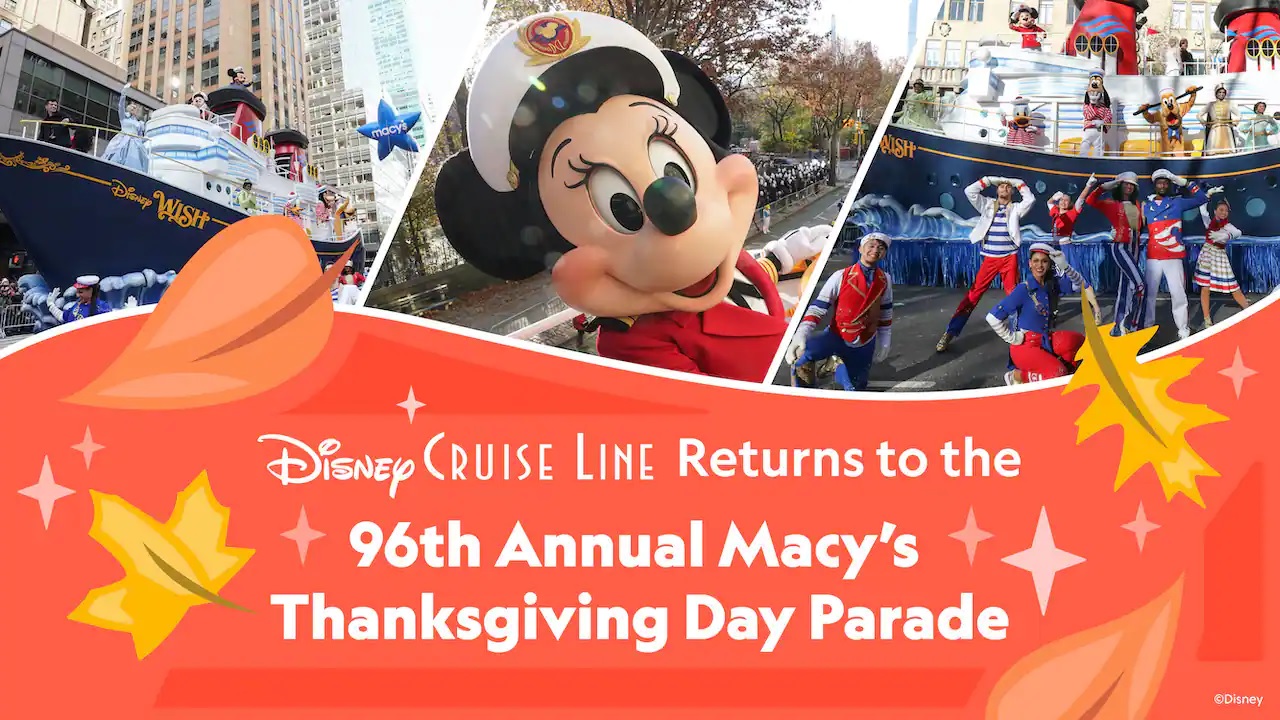 The 2022 Macy’s Thanksgiving Day Parade will be getting a touch of magic with the return of Disney Cruise Line’s float!

The announcement reads, “Whether you’re lining the city streets of New York City or watching from the comfort of your home, one of the greatest ways for families to kick off the holiday season is by watching the iconic Macy’s Thanksgiving Day Parade together.

Disney Cruise Line debuted an all-new cruise ship float during the turkey day tradition last year, and I am thrilled to share that the same stunning vessel will be returning to the parade later this month! This year, our majestic “ship” – inspired by the fantastical style of the Disney Wish – will float through the streets of New York once again, accompanied by an all-new performance in Herald Square.

This year’s live parade performance will be inspired by one of the new Broadway-style shows on board the Disney Wish, ‘Disney Seas the Adventure.’ Minnie Mouse, Mickey Mouse, and Goofy will lead an incredible cast of performers and Disney characters in this show-stopping number, which has quickly become a guest favorite aboard our newest ship.

Check out the video below for a behind-the-scenes look at the making of this magical float and its pixie-dusted debut last year.”

Be sure to gather your friends and family and tune in to the Macy’s Thanksgiving Day Parade on NBC-TV on Nov. 24 from 9 a.m. to noon in all time zones.

A casting notice for character performers for the parade was posted in mid-September. Characters listed in the notice included Spider-Man, Black Panther, Mirabel, Mulan, Raya, Princess Tiana, Prince Naveen, Cinderella, Prince Charming, Moana, Jasmine, Aladdin, Rapunzel, and Flynn Rider. A Bluey balloon will debut at this year’s parade, while the Grogu balloon is also scheduled to return, so there’ll be no shortage of favorite friends this year!

Chip and Dale Appear in Tomorrowland Costumes at the Magic Kingdom