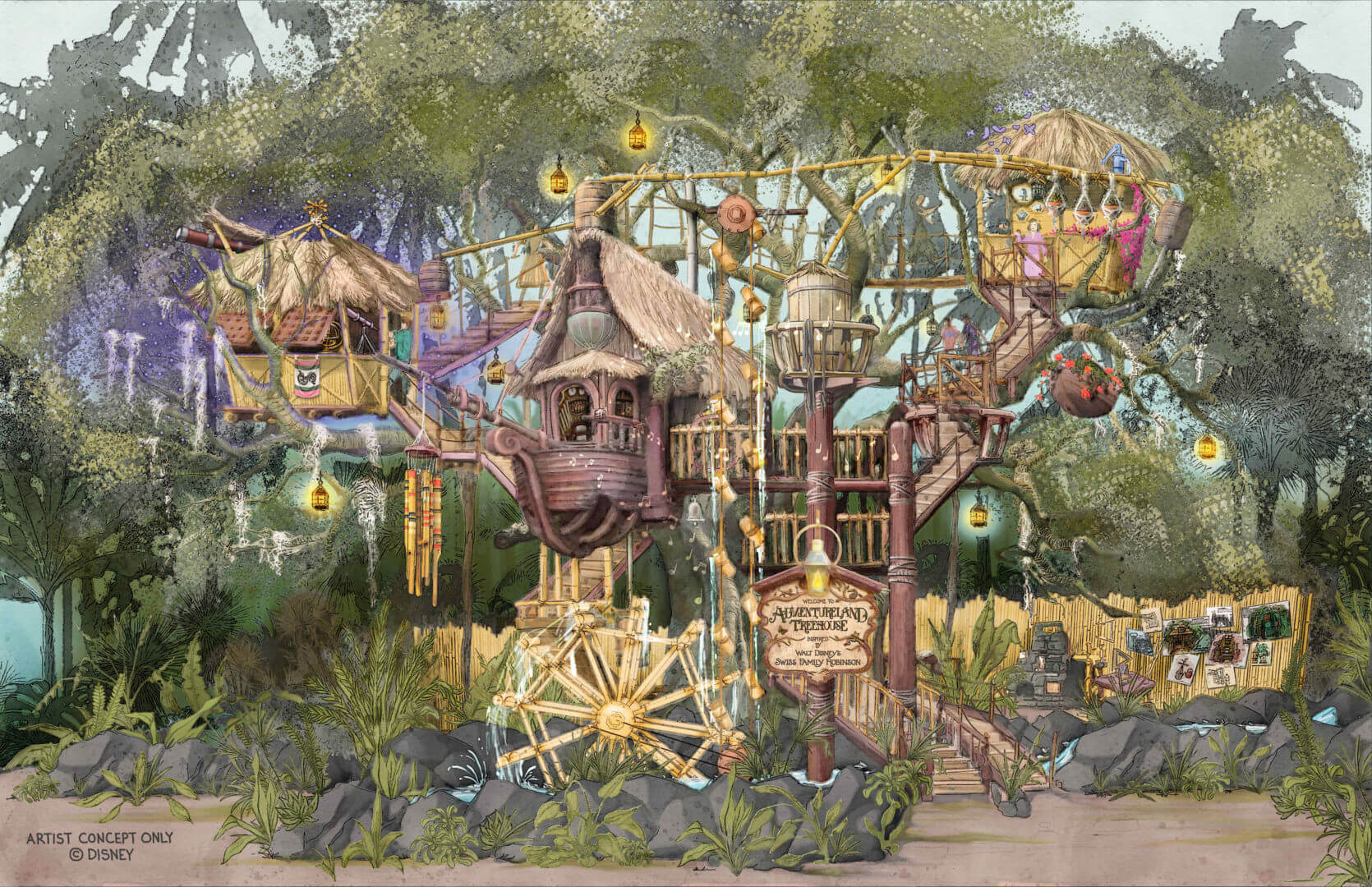 Tarzan’s Treehouse at Disneyland Park is returning to its roots and being transformed into the Adventureland Treehouse, with an original story partially inspired by “Swiss Family Robinson.”

Swiss Family Treehouse closed at Disneyland Park in 1999 and reopened as Tarzan’s Treehouse later that year. After another 22 years of operation, it suddenly closed in September 2021. Disney eventually announced in April 2022 that it would be rethemed.

Instead of being inspired by a different IP (it was rumored it could be “Encanto”-themed), the new treehouse will have an original story about a family living in the treehouse on Jungle River. It will look more like the original 1962 Swiss Family Treehouse, including a water wheel at the entrance, but the family is different, hence the name Adventureland Treehouse.

Each member of the family will have their own themed room, featuring found objects and natural resources that they have repurposed for home use, not unlike previous iterations of the treehouse. Above is concept art for the mother’s music den. The young son will have a nature room and the teenage daughter will have an astronomer’s loft.

To make the attraction more accessible for guests unable to climb stairs, or who just don’t want to go up high, the bottom floor will be expanded to include a kitchen, dining room, and the father’s art studio displaying hand-drawn sketches and paintings of each of the rooms.

It was also rumored that the attraction would become S.E.A.-themed. While it may not be an entirely S.E.A. attraction, there is a Society of Explorers and Adventurers banner in the concept art.

A “Swiss Family Robinson” remake for Disney+ was announced in 2020 but there has been no word on the new film since.