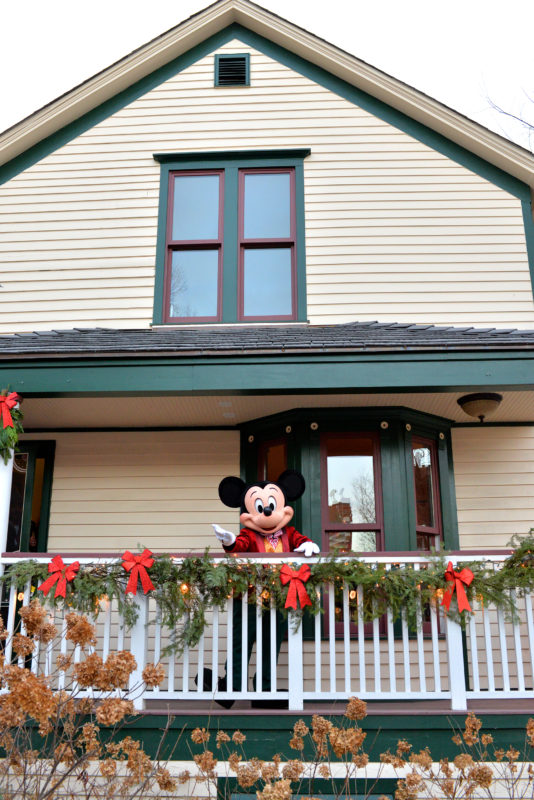 The Walt Disney Birthplace, in conjunction with the YMCA of Metropolitan Chicago, will hold its 9th Annual Birthday tribute to celebrate Walt Disney’s 121st birthday.

“Walt Disney Day” will be held at 2156 N. Tripp Avenue at the restored childhood home of Walt Disney, located in the Hermosa neighborhood of Chicago, Illinois. Beginning at 5:30 P.M. (CST), on Monday, December 5, guests will join in singing “Happy Birthday” to Walt during a candle-lighting ceremony followed by a concert of holiday songs sung by the school children from Nixon Elementary. Afterward, guests will be invited to enjoy a selection of festive holiday treats. The event is free to the public.

The Hermosa Neighborhood Association has partnered with the Walt Disney Birthplace every year, since its inception, to celebrate Walt Disney’s birthday.

Joining this year’s birthday celebration is Angel Reyes, Miss Illinois USA 2022. Born and raised in Hermosa, Reyes is an active member of the Hermosa Neighborhood Association.

“We are thrilled that the YMCA is joining the celebration at The Walt Disney Birthplace this year to honor the birth of Walt and his continuing legacy of fostering creativity and innovation,” said Dorri McWhorter, President and CEO of YMCA of metropolitan Chicago. “The Y is grateful for Walt Disney Birthplace’s dedication to the creativity of youth in our region. Our partnership with The Birthplace is centered on our shared goals of connecting our youngest members of the community to their purpose, potential, and each other.”

Dina Benadon, Walt Disney Birthplace Project Co-Founder, said, “We’re excited Angel Reyes will be joining us this year to welcome the community back together again to celebrate Walt Disney’s birthday after a two-year hiatus of in-person events. Partnering with the YMCA will help spread Walt’s inspiration even further, and we are thrilled to be exploring ways to work together!”

Brent Young, Walt Disney Birthplace Project Co-Founder added, “The home on Tripp Avenue was the foundation of Walt’s incredible legacy–where his creativity and work ethic were fostered. Our hope is that it will always inspire young people and their families to dream big, just like Walt did.”

Elias and Flora Disney purchased property on the southwest corner of Tripp Avenue on October 31, 1891. On November 23, 1892, Elias obtained a permit to build a two-story, 18 x 28-foot wood cottage for $800. Flora drew up the architectural plans and Elias built the house. In early 1893, the Disney family settled into their new home with their two sons: Herbert and Raymond. Shortly thereafter, their third son, Roy, was born on June 24, 1893. Walter Elias Disney (Walt) was born on December 5, 1901, on the second floor. On December 6, 1903, the Disney’s welcomed their fifth child, Ruth.

Elias sold the property to Walter Chamberlain, moving his family to Marceline, Missouri in 1906. In 1991, Chicago attempted to designate the property as a historical landmark but the owner fought the designation and won, putting the home at risk of demolition. After years of neglect, Brent Young and Dina Benadon purchased the home in 2013 with the intent to restore it to its 1901 state. After several fundraising initiatives, donations from Disney fans, and a generous grant from the Walt Disney Company, on December 5, 2018, the home was re-dedicated and fully restored.

Will you be attending “Walt Disney Day” next month to celebrate Walt’s birthday? If so, let us know in the comments below.