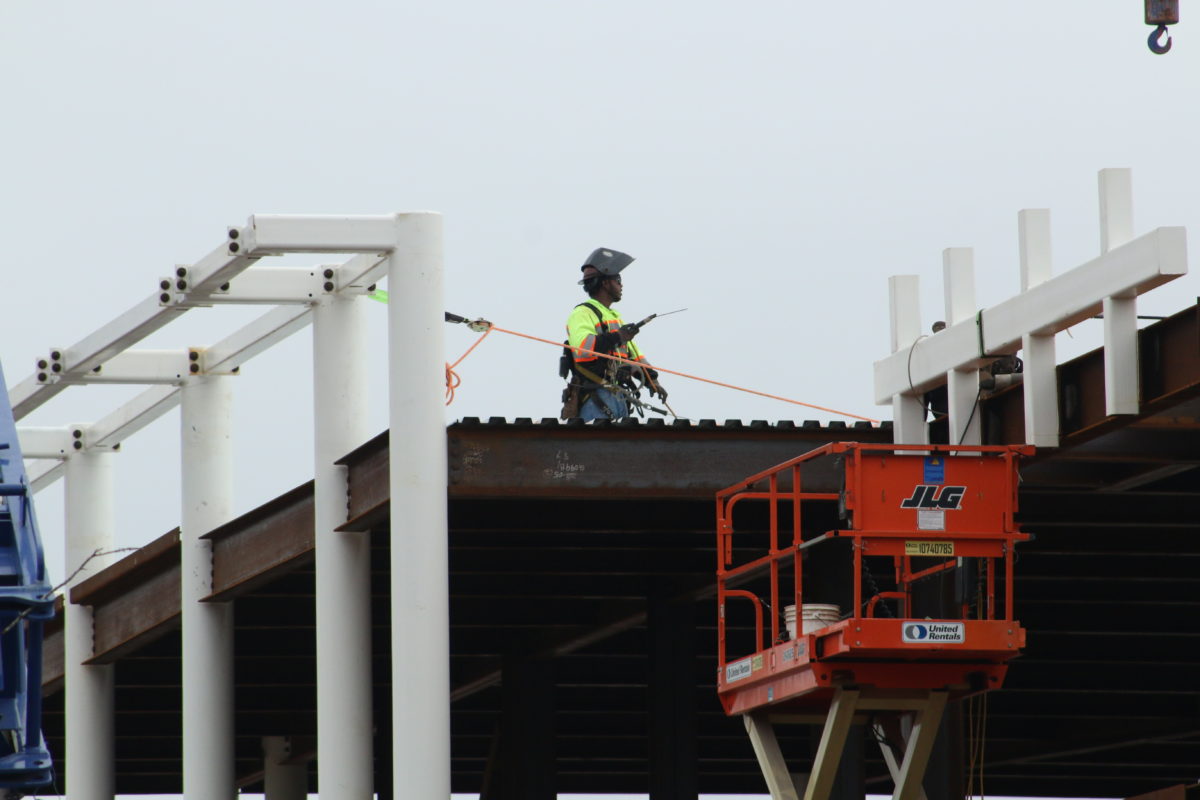 New white columns have been installed along the outer edges of the future CommuniCore Hall in EPCOT.

CommuniCore Hall and CommuniCore Plaza replace the original festival center planned for World Celebration. They will serve as a multi-functional space that will be used during the park’s various festivals and be home to a Mickey & Friends meet and greet, a demo kitchen, a mixology bar, a gallery space, and more.

The white columns are cylindrical and support some of the steel making up the hall’s roof.

White railings run along the top edge of the roof and white beams connect the columns.

The building is still completely open, with all the steel supports exposed, but there are some concrete support walls.

Though difficult to see from the ground, some metal corrugated paneling has been installed on the roof.

White columns and beams are on multiple sides of the building.

We also saw a Cast Member welding on the roof.

CommuniCore Hall and CommuniCore Plaza are named after former Future World pavilions. They are scheduled to open in late 2023, alongside Journey of Water, Inspired by “Moana.”