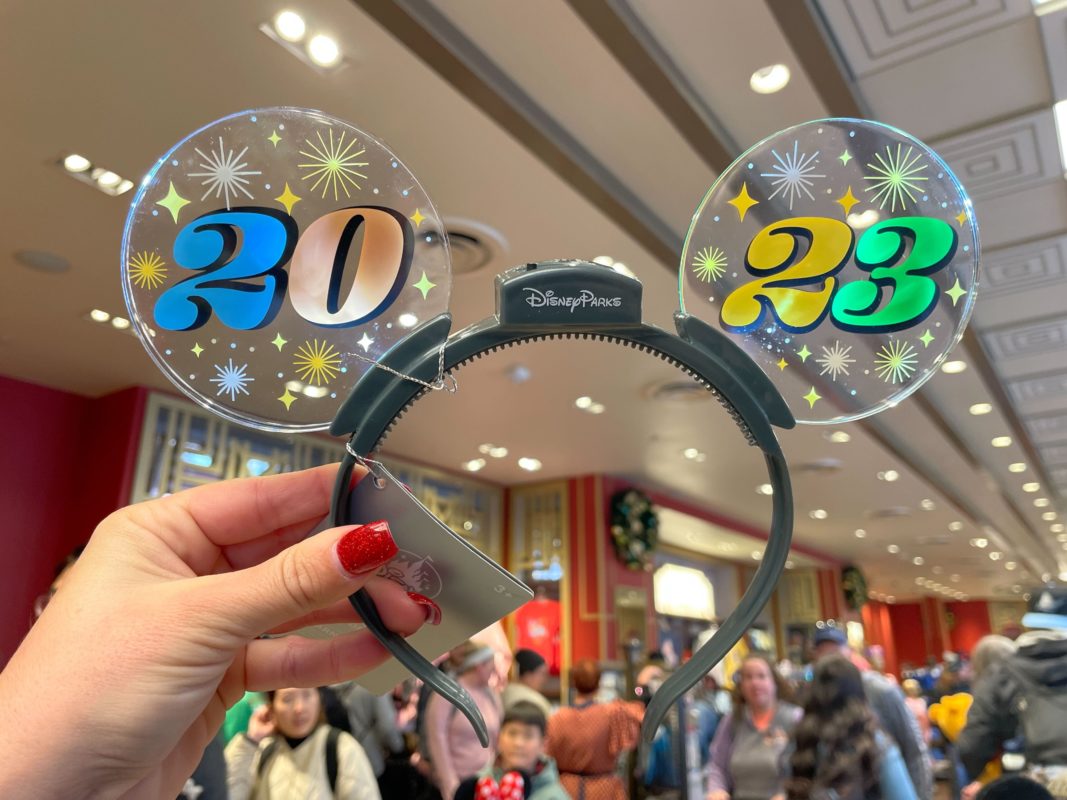 A new 2023 light up ear headband has just debuted at Walt Disney World. We first found it in Mickey’s of Hollywood at Disney’s Hollywood Studios.

The light up ear headband is different than the usual form in that it has a hard plastic, unlined band. The band has small teeth to help it stay on your head.

The clear ears are attached to lights, which illuminate the inside. “20” is on one ear, while “23” is on the other.

White and yellow stars and fireworks surround the numbers.

Instead of a Minnie bow, a battery pack is in the center of the headband. It reads, “Disney Parks.”

On top is the button to turn the lights on and the access panel. It uses two CR2032 3V batteries, which are included.

If you prefer the more traditional Minnie ear headband, check out the other pair of 2023 ears we found.

Will you pick up a pair to celebrate the new year? Let us know in the comments.