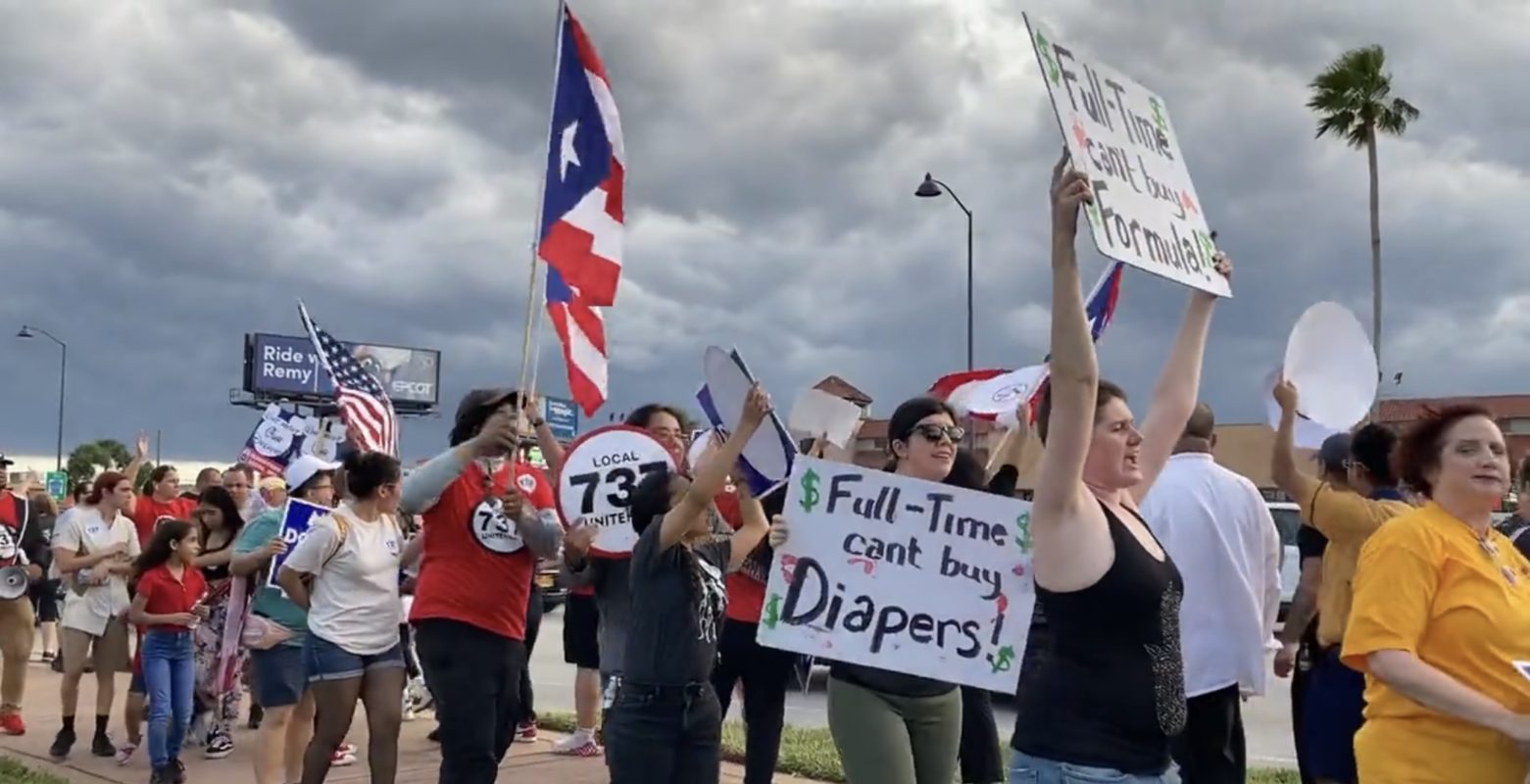 The negotiations fell through during the last meeting as the two organizations have yet to agree on wages. Local 737, which represents hotel and restaurant Cast Members, reports asking for Disney’s best offer in January after calling for a minimum wage of $18 and a plan to eventually raise this to $20 per hour.

The current contract has been extended with agreements for raises retroactive to the original expiration, which was back in October.

Cast Members held a protest on November 30 in Kissimmee after the most recent batch of negotiations with the Service Trades Council Union fell through. Disney offered a raise of $1 per hour per year to reach $20. Cast Members asking for a larger, more immediate raise cite financial distress that won’t be solved by long-term increases.

Disney released a statement after the protest, stating that they have “have presented a strong and meaningful offer that far outpaces Florida minimum wage.”

The new negotiations will take place on January 9 & 10 at the Wyndham at 3011 Maingate Lane, Kissimmee. Union members are welcome to attend.

Disney Shares Plans for Lake Nona Campus Including 8 Buildings and a ParkJanuary 24, 2023
Theme Park Hours Extended at Disney's Hollywood Studios and Animal Kingdom for July 2022June 17, 2022
Construction Walls Extended for Construction of Summer House on the Lake at Disney SpringsFebruary 2, 2023