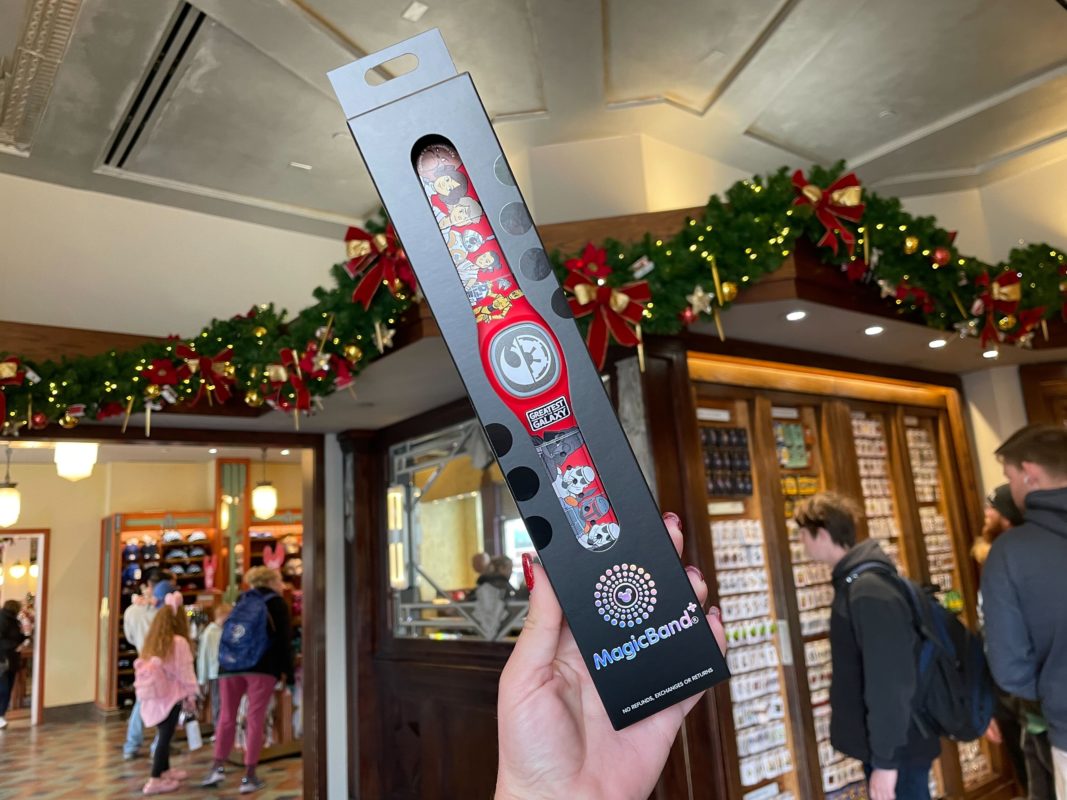 Let a loved one know they’re the “greatest in the galaxy” (or let the world know you are) with a new “Star Wars” MagicBand+ at Walt Disney World.

Beneath the icon, it reads “Greatest in the Galaxy.”

The top half of the band features Chewbacca, Leia, Luke, BB-8, Rey, R2-D2, and C-3P0, with the Millennium Falcon flying over.

The bottom half of the band features Darth Vader and Boba Fett flanked by two Stormtroopers. We found the MagicBand+ in The Darkroom at Disney’s Hollywood Studios.

Will you wear this new “Star Wars” MagicBand+ design on your next trip to Galaxy’s Edge? Let us know in the comments.