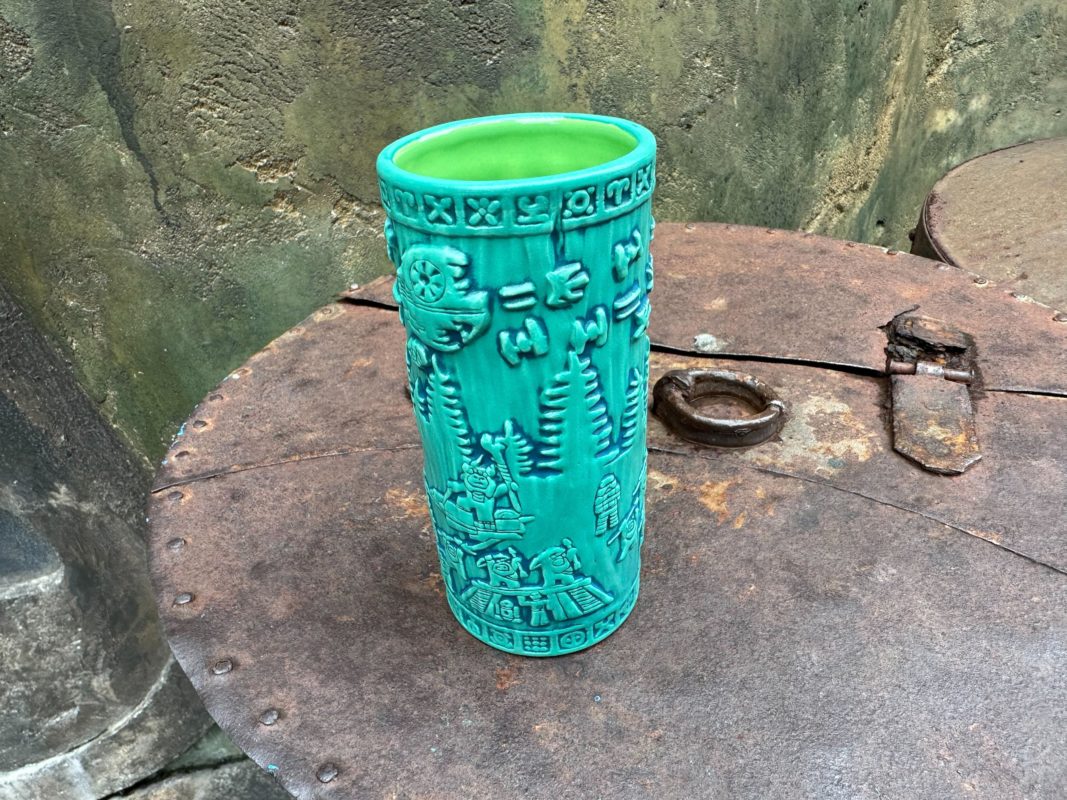 Oga’s Cantina in Disney’s Hollywood Studios has a new version of the Battle of Endor tiki mug available with the Yub Nub drink. The first edition of the mug, which launched with the opening of Oga’s Cantina at both Disneyland Resort and Walt Disney World, was a light brown color.

The second edition is green. The mug is carved with images from the Battle of Endor, including Ewoks with spears.

X-Wings and TIE Fighters fly through the air above the Ewoks.

The partially built Death star, with the Imperial logo, is on one side.

The turquoise is much more apparent outside.

The mug’s interior is green.

We got the mug at Oga’s in Disney’s Hollywood Studios, but it will likely be available at the bar in Disneyland soon, too.

Above is an image of the first edition mug from the grand opening of Oga’s Cantina.