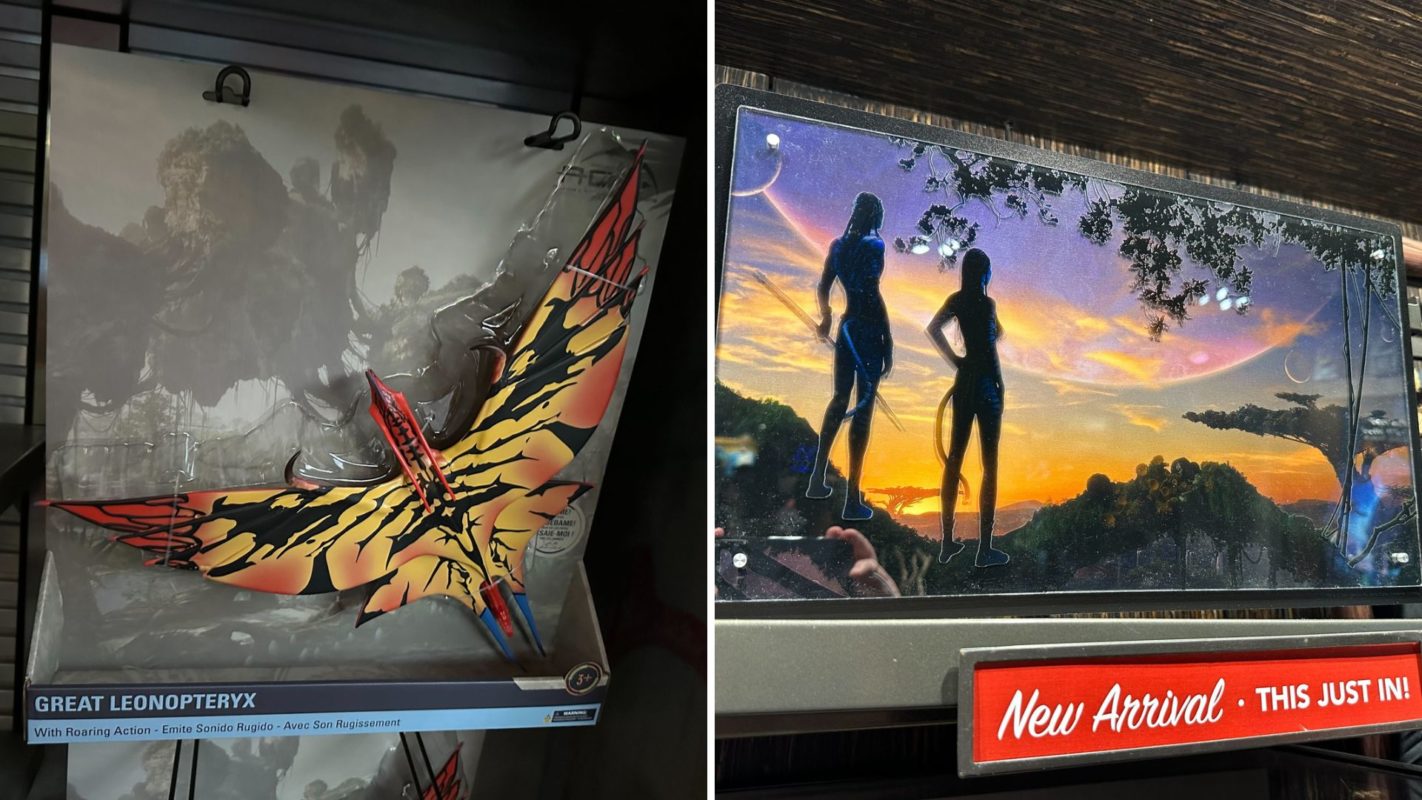 More new “Avatar” merchandise has landed in Pandora – The World of Avatar at Disney’s Animal Kingdom.

The great leonopteryx appeared in “Avatar.”

The figure has “roaring action,” meaning its mouth opens.

The packaging includes more information on the creature, which is called toruk by the Na’vi.

The skimwing (or tsurak) is a creature that lives in Pandora oceans. They first appeared in “Avatar: The Way of Water.”

The ornament comes on a detachable light blue ribbon.

This new artwork depicts the silhouettes of two Na’vi looking out at a Pandora sunset.