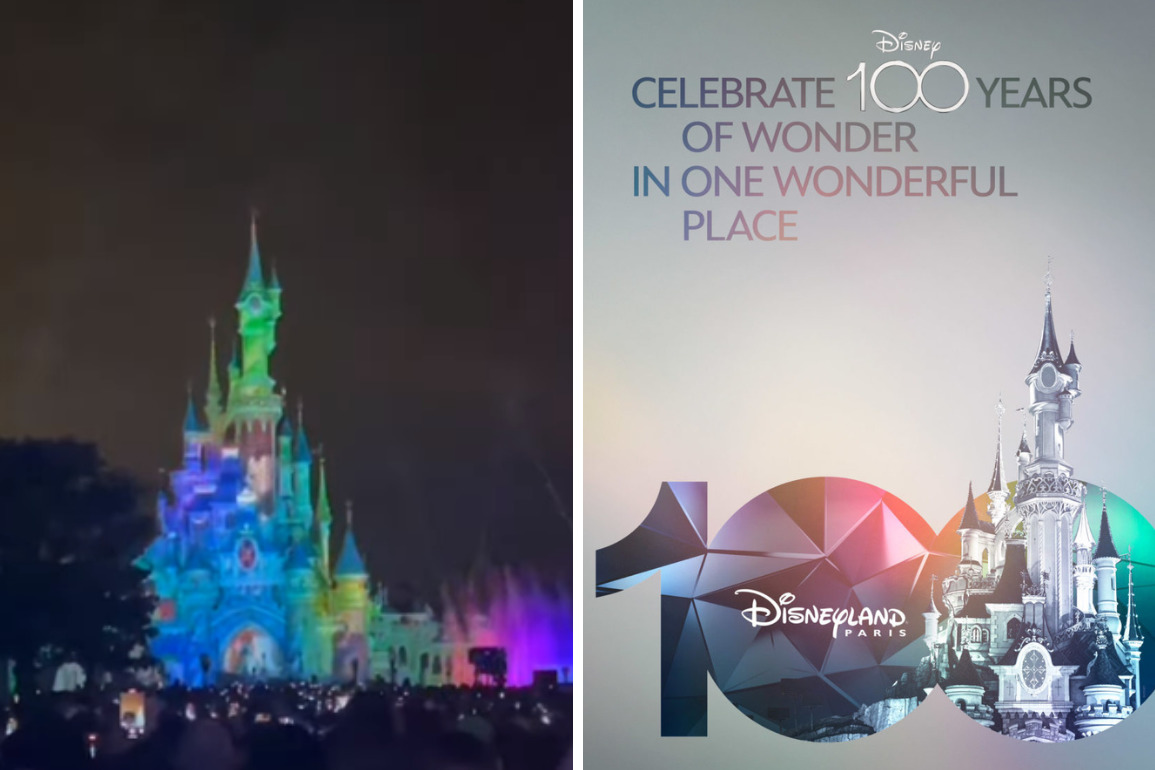 After Disney D-Light, during the New Year’s Eve Party at Disneyland Paris, guests were treated to a surprise projection show to kick off the Disney 100 Years of Wonder celebration.

It was announced earlier this year that The Walt Disney Company’s 100th anniversary celebration would kick off at Disneyland Paris with “an exclusive moment during their New Year’s Eve party.” This exclusive moment turned out to be a special projection show at 11:40 p.m.

An announcement played beforehand, noting it was time to celebrate the 100th year of the Disney company.

Projections from Disney’s expansive film history were projected onto Sleeping Beauty Castle to the tune of “When You Wish Upon a Star.” Fountains around the Castle moved and changed color in time with portions of the show.

The show is supposed to be “followed by a year of surprises” at Disneyland Paris. Disney Parks around the world will be joining the celebrations as well.

What do you think of the surprise projection show? Let us know in the comments.