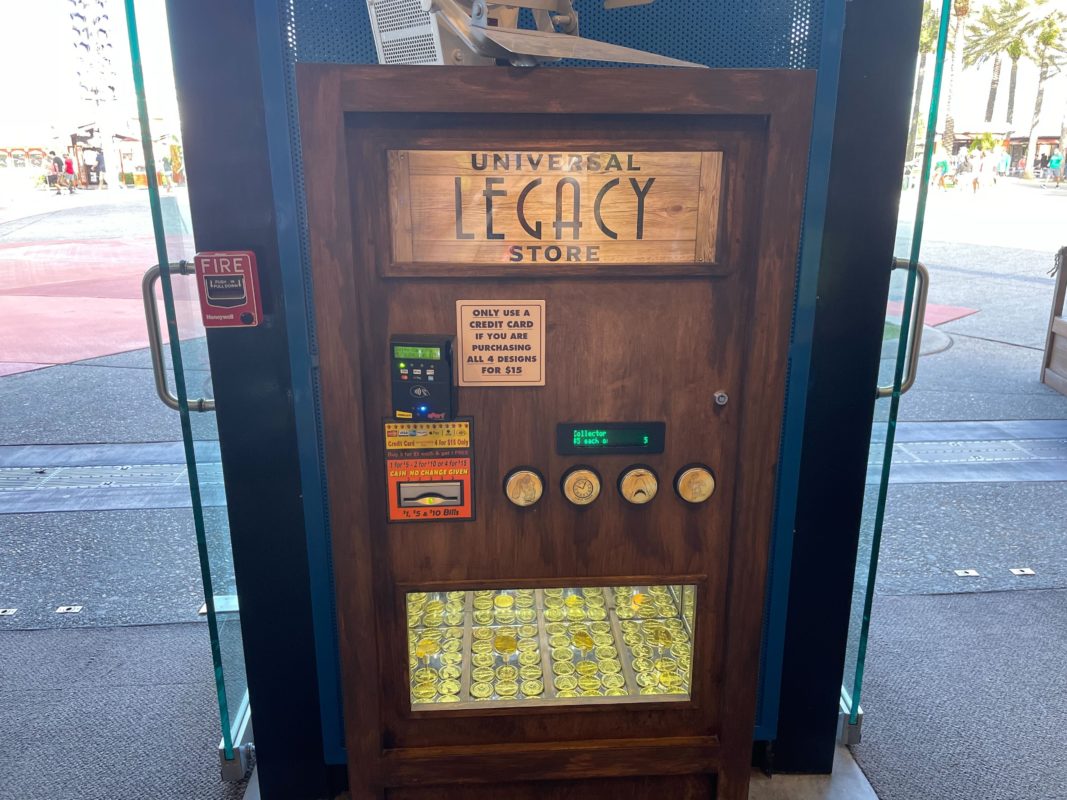 Universal has replaced the “Back to the Future” medallion available in the collectible medallions machine of the Universal Legacy Store in Universal CityWalk Orlando.

The other three designs feature King Kong, the shark from “Jaws,” and E.T.

The clock tower medallion reads, “Save the Clock Tower” around an image of the clock.

All the medallions have the Universal Studios Florida marquee logo on the back.

According to Team Members, new designs will come to the machine as each of the old designs sell out.