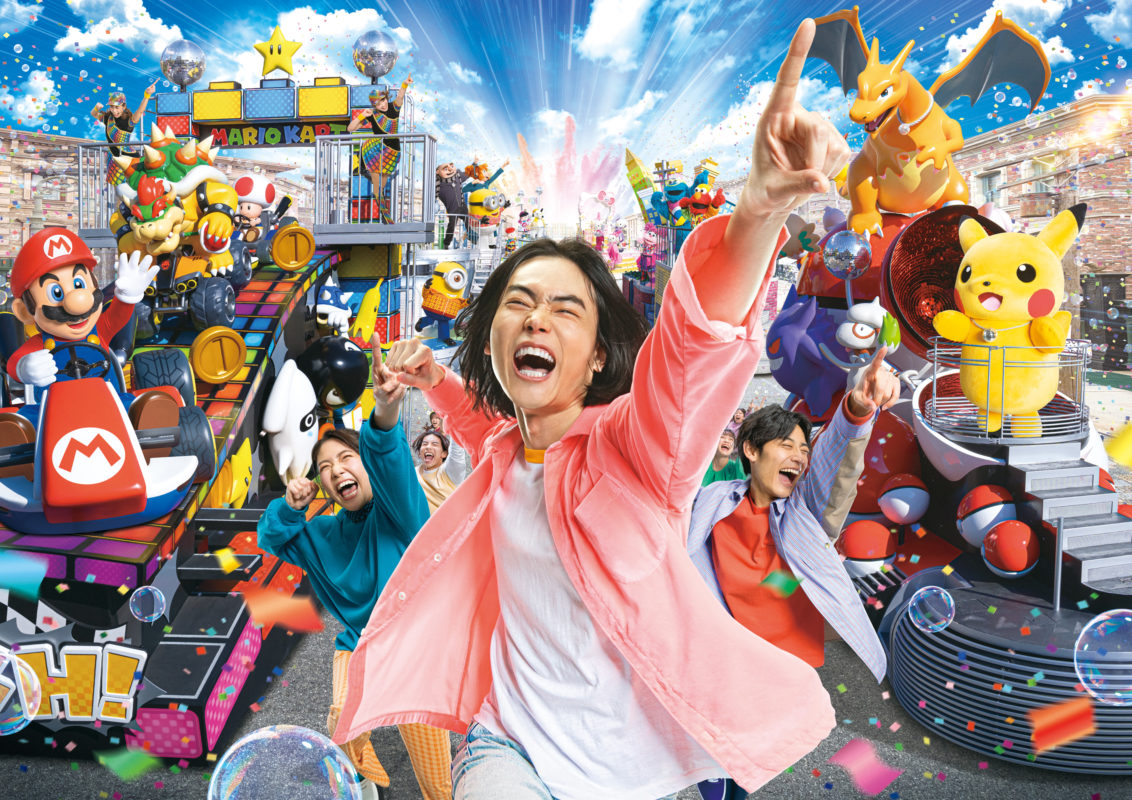 Around a year ago, Universal Studios Japan teased their new daytime “NO LIMIT! Parade,” which will feature units for Mario Kart and Pokémon, among others. Now, the park has finally announced the parade’s debut date!

Starting on March 1, 2023, guests can enjoy the “NO LIMIT! Parade” daily around the parade route of Universal Studios Japan.

The “NO LIMIT! Parade” is the first parade in the history of theme parks to feature both a Mario float and a Pokemon float all in one parade. It also features the largest lineup of characters in Universal Studios Japan’s history. This spectacular parade will bring together popular characters loved by young and old alike, including Minions, the singers from “SING,” Snoopy and his Peanuts friends, Sesame Street, Hello Kitty, and many others.

The parade’s soundtrack features a mix ranging from 1960s rock to modern EDM and everything in between, providing sounds that can be enjoyed across all ages!

The world’s first Mario float will feature Mario, Luigi, Toad, Bowser, Yoshi and Princess Peach in karts, as if straight out of the Mario Kart: Koopa’s Challenge attraction. They’re locked in a dead heat on Rainbow Road, which will appear on the street. The float is surrounded by dancers who will thrill guests with their colorful rhythmic dances, including Bowser’s seven Koopalings, and Piranha Plants, who looks ready to bite at any moment! Guests will be swept up into the parade world of Mario Kart, dancing their hearts out and going wild!

During the “Super NO LIMIT Time” show stop, entertainers will ask guests to surround the float to dance in unison with the entertainers and their favorite characters, feeling as if they are the stars of the parade!

A special viewing area at Gramercy Park will be available starting at ¥1300 ($9.76) and changing by day, where guests will be surrounded during the show stop by Mario, Pokémon, and Minions! Pre-purchase begins online and at Lawson convenience stores nationwide on January 5.

Are you excited for the “NO LIMIT! Parade?” Let us know in the comments below!