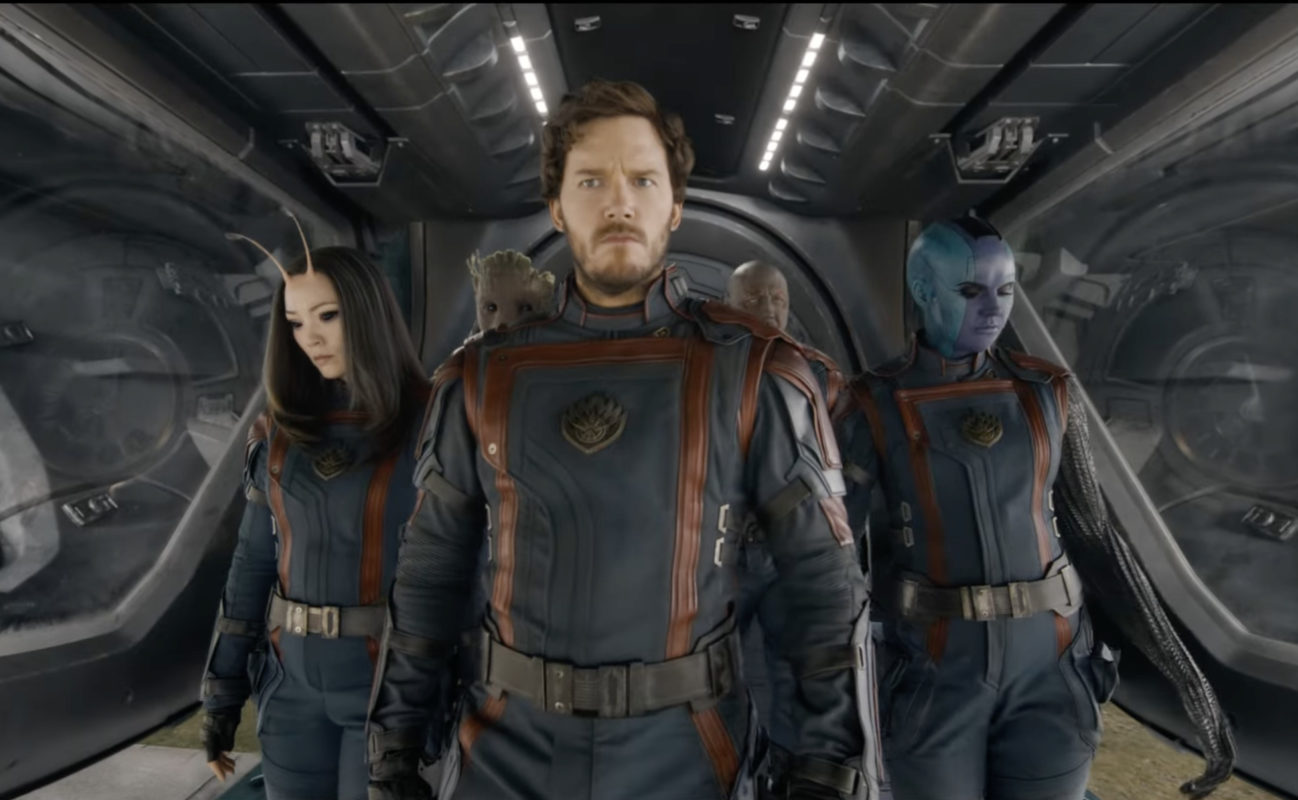 After showing off some footage of the movie which went unreleased at this year’s San Diego Comic Con, Marvel Studios debuted the first trailer today for “Guardians of the Galaxy Vol. 3” at CCXP 2022 in Sao Paulo, Brazil.

The trailer opens with a giant spaceship landing in a suburban neighborhood. Star Lord says “We were gone for quite a while, but no matter happens next, the galaxy still needs its guardians.” He then interacts with alien life forms living in the neighborhood while Drax beans a little kid with a ball. As a result, everyone in the neighborhood attacks the Guardians.

Hints are made in the trailer that we might finally learn Rocket’s origin story. The Guardians also walk at one point carrying the lifeless (or passed out) body of Star Lord. With lots of tears in the trailer, it seems like it’ll be a tearjerker for sure, with at least one major character dying.

You can watch the full trailer above.

Let us know if you’re excited in the comments below!

BREAKING: Trailer and Poster Released for ‘Indiana Jones and the Dial of Destiny’

2 thoughts on “BREAKING: Trailer & Poster Released for ‘Guardians of the Galaxy Vol. 3’”