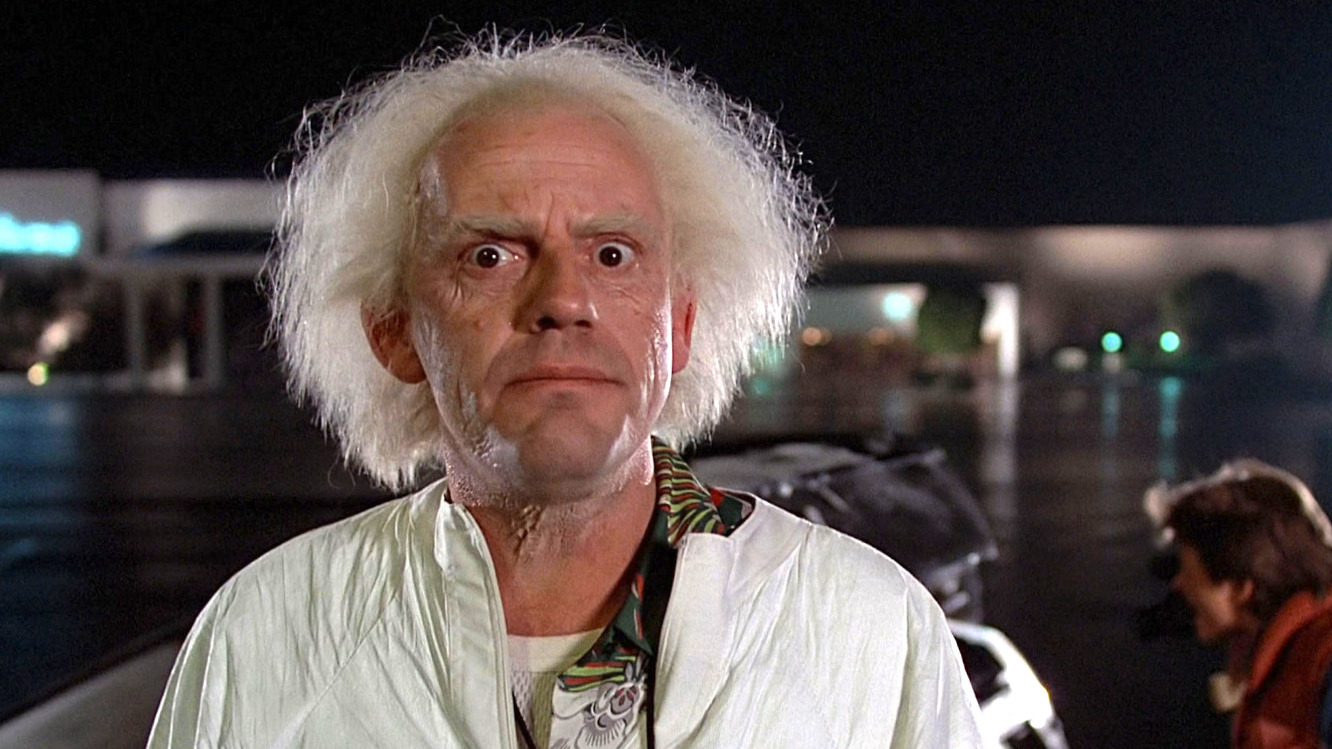 Christopher Lloyd will reprise his iconic role as Doc Brown for the new “Back to the Future: OUTATIME” escape room experience at Universal’s Great Movie Escape.

The experience is described as “Great Scott – Biff’s at it again! He’s stolen Doc Brown’s newest time travel device to sabotage the timeline for his gain. Follow Doc’s clues to find the prototype, track down Biff and save the day before you’re outatime.“

Lloyd will likely be seen in video clips. Though Universal boasts that this is not an ordinary escape room experience, most escape rooms have video intros and outros, and some have video clues as well.

This won’t be his first time starring in an attraction at Universal Orlando Resort, as Lloyd reprised his role for the retired Back to the Future: The Ride attraction. It formerly occupied the space at Universal Studios Florida, where The Simpsons Ride is now. Guests would enter The Institute of Future Technology and similarly chase Biff through time.

Universal’s Great Movie Escape opens on December 9. In addition to Back to the Future, guests can also select the Jurassic World: Escape experience. Tickets are on sale now.